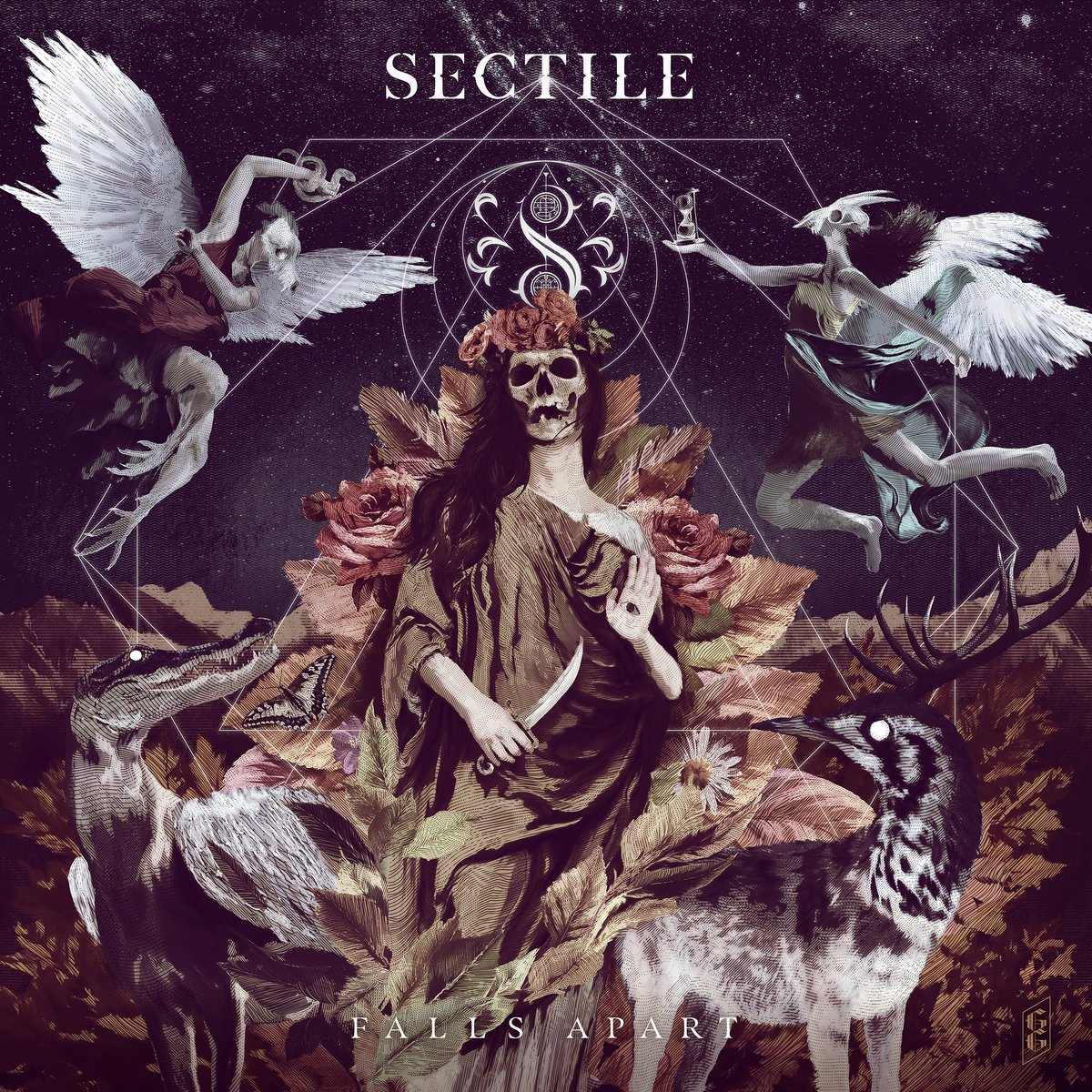 Sectile are a five-piece prog metal band from Dublin, Ireland. Formed in November 2016, they released their debut self-titled EP one year later to a positive reception, receiving coverage in local media such as HotPress Magazine and MetalIreland, as well as being featured on radio stations across Ireland and the UK. In 2018, Sectile launched a new single – ‘The Hunt’ indicating the musical direction that would be the basis of ‘Falls Apart’, the band’s first full-length album. Notable gigs to date include ‘ProgMetalMadness Live’ 2019 in London with headliners Sümer and Voices from The Fuselage; renowned Irish metal festival ‘Siege of Limerick’ on April 2018; two finals of Metal2TheMasses Ireland and a packed headliner gig in Dublin’s Sin-é in December 2019.

HMA: Give us a rundown of your band profile?

Gabriel Gaba (Vocals) – The band was almost entirely formed online, with the exception of Mark O’Reilly (guitars) and Cormac Hennigan (bass) who have known each other since school. Around the Summer in 2016 the timing was right and they started to jam some ideas, mostly influenced by bands like Symphony X and Mastodon. With a couple of demos in the bag, they proceeded to look for other members online, that’s how they found me and later on  our drummer Zachary. We started to meet weekly for practices and made things official after a few months. The other guitar position changed a couple of times, we now have Marcelo Varge whom we also found online and things are going really well with him on board!

GG: Depending on when this interview is published, our debut full-length album ‘Falls Apart’ is either about to be released or it is already out there! We launched the first single and video ‘Black Cloud’ just a few weeks ago. The album is the culmination of the band’s first years of existence, half of the songs have been around for 1-2 years while the others were written with the album in mind. Our influences go from Opeth, Leprous, TesseracT, Porcupine Tree, Pain of Salvation, Cynic to Marillion and Genesis, depending on who in the band you’re asking so there’s a lot of variety, with all of us being involved in the songwriting process at some capacity. Our songs tend to be ‘dark’ sounding, lots of minor scales and melancholic clean passages combined with fast, heavy riffs, odd time signatures and big hooky choruses – we like the contrast between passages and try to explore a lot of that. We are not an overly technical band though, so you don’t have to necessarily be a major prog fan to enjoy it.

GG: ‘Falls Apart’ is not a concept album, but there are common themes permeating the lyrics. We tend to deal with the darker aspects of the human psyche, some songs will be about things like facing our own mortality, dealing with the past and how it affects your present life,  breaking free from the oppression of religion etc. All that is mixed and matched with small sci-fi and occult references from books and movies we like, but those references are subtle, we like to keep things ‘vague’ to a degree and let the audience fill in the blanks with their own life experience.

GG: Well, one thing that comes in handy for Sectile is that apart from being the band’s vocalist, I am also a professional graphic designer! That’s my day job for +15 years so all of the band’s artwork is done by myself. The boys tend to trust me and give me a lot of freedom to create our visuals, we are all on the same page in regards to what constitutes good iconography in the context of our band. In terms of how I created this piece, once we decided on the title ‘Falls Apart’ the double meaning of ‘Fall’ was the perfect visual metaphor for a lot of the themes we approach on the lyrics so I used an autumnal colour palette and elements, and the zoomorphic figures are ‘avatars’ for abstract concepts like time, death, rebirth, fear of the unknown and others. I don’t normally work with commissions, as between my day job and Sectile there’s little time left, but anyone who’s interested can contact the band on info@sectileofficial.com and I will receive the message.

HMA: Does your band have a fixation as such?

GG: Absolutely, not only in terms of lyrics but also the music and the artwork is heavily influenced by pop culture that we consume in various formats, be it books, films, videogames and TV series. Speaking for myself, I am a massive fan of H.P. Lovecraft and I read a lot of sci-fi and fantasy novels. I am also fascinated by the Lesser Key of Solomon, which was a sort of ‘spellbook’ supposedly created by King Solomon with methods to invoke demons and angels, which was used (well, at least they tried to use it!) by a lot of people including the famous Aleister Crowley. I am myself an atheist, I don’t believe in anything supernatural  but the subject is very interesting! The cover of our single ‘The Hunt’ from 2018 was inspired by a drawing of the demon ‘Buer’ from an 1863 edition of Dictionnaire Infernal.