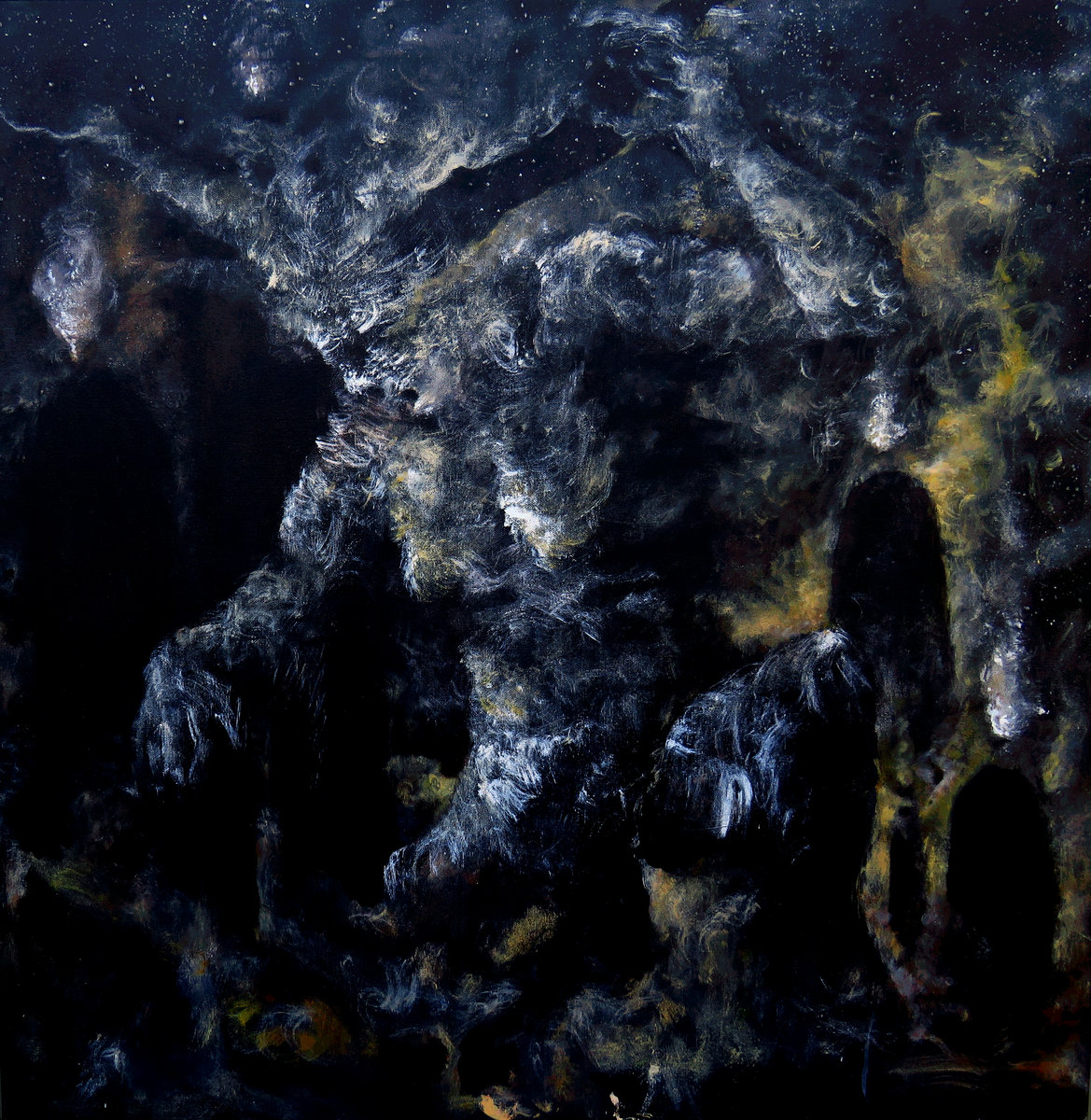 The original line up brought the name Whoresnation in 2009; it was meant to be a radical stand against the idea of state or nation. It’s an attack on our system, capitalism and state corruption. As awkward this name might be, it has nothing to do with sex workers, nor it is offensive towards non-cis people. You are right saying we have answered this question many times, we mostly play or played in politically-charged venues and have strong bonds with the DIY and anarchist scene so of course the name has been discussed many times, but we chose to carry on with this name.

‘Mephitism’, as we interpret it, is a very visual word for reek or stench to make it simple. We found that this outdated, simple word was perfect to embody what we wanted the album to be: some reeking suffocating grindcore. The noises in between songs and the dark riffing are meant to recall this idea and expend the atmosphere to its gloomiest point. We don’t know if it’s a success, but we feel that it fits quite well and we are very satisfied that we chose this name.

The whole grindcore scene is an influence on our music. Some great bands keep us evolving, this is a creative network of many friends, and it’s a perpetual inspiration. All of us have different tastes, and I guess most of the music we listen to maybe an influence, so it ranges from post-punk to noisegore with a big emphasis on death metal!

To be honest, Lopin and Pibe had their first grindcore band back in high school, since then we chose to go with grindcore because it didn’t require a high level of musicianship or quality recordings, what mattered was the spontaneity and the energy. We fell in love with that genre, DIY brought and taught us a lot, the scene is relatively small and very human, it’s not just the music it’s also the spirit and the people, so basically we have now played grindcore for almost half of our lives, cause that’s what we do. Whoresnation started as a grindcore project, it might change slightly over the different releases, but it will stop as a grindcore project.

The dark arts could refer to all the representations of what people want to elude, as growing in this unfair world, facing frustration, poverty, disease and death. Evolving in the punk/metal scene for half of our lives allowed us to be familiar with this kind of imagery.