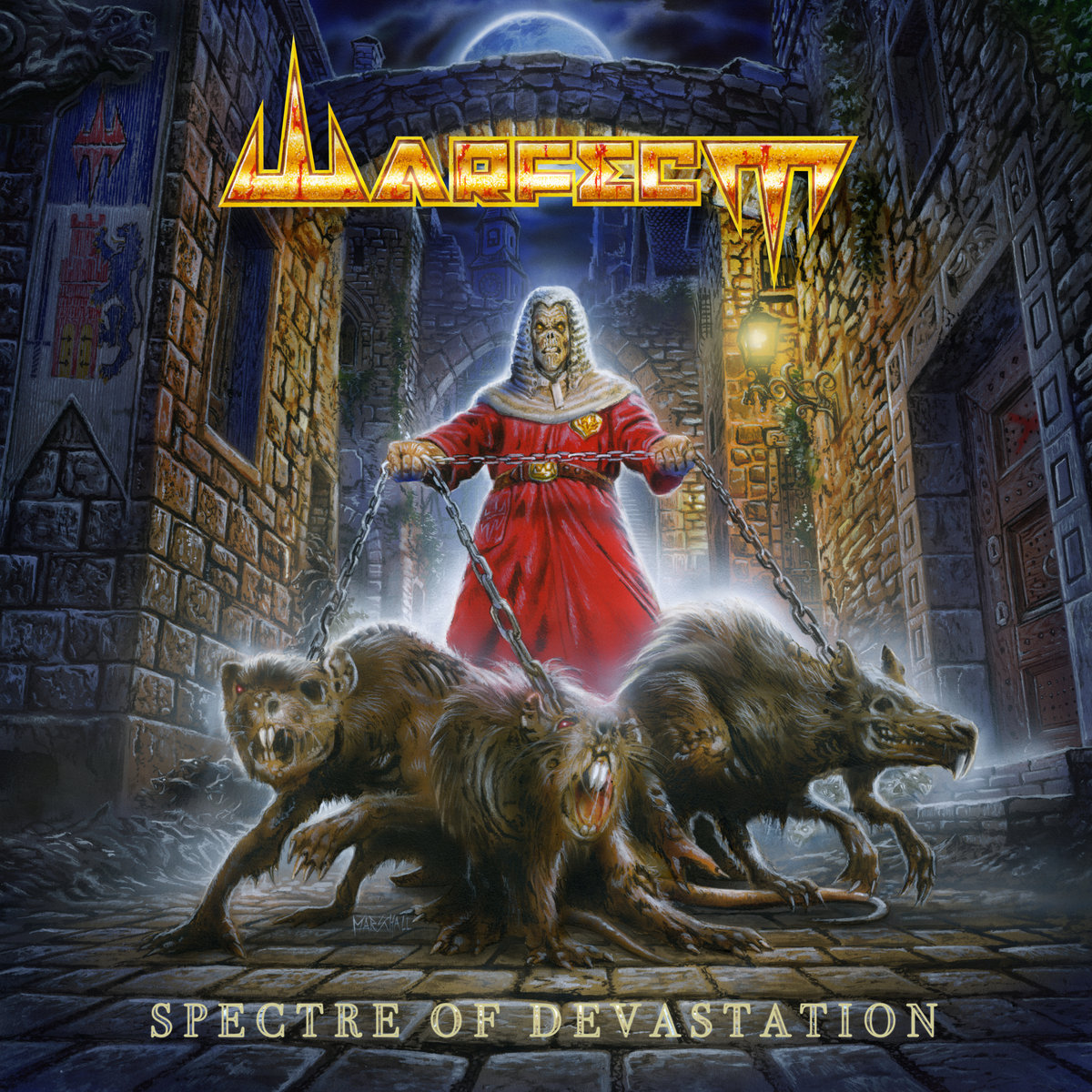 Spectre of Devastation by Kris Wallström

We wanted a name that didn’t sound like anything anyone had heard before on a band. I remember Fredrik wanted the word “war” to be included, but I’m not sure if it was the word “effect” that was combined, but it might have been. We started pitching words we wanted to be included when walking the town one day and I think Warfect came up pretty fast from what I can recall and we all settled on that name.

The title portrays the ghost that is our mascot “The judge” who is about to unleash rats with Black Death upon the world. That’s of course what is depicted on the cover artwork as well. I think it’s a fitting name for the album and also the songs on it.

Our music I aggressive, fast and has a lot of power to it, but it’s also very dynamic. We feel the dynamics are an essential ingredient to a good album. You want to keep the audience on their toes. Keep it exciting through-out the full album.

We write music we like, and the bands inspire us to listen to growing up, which happened to be thrash from the late 80s to early 90s. When we’d written the songs for ‘Exoneration Denied’ we felt that this is our way forward and that’s the path we’re on still.

I usually write about historical events and things that interest me. Often it’s about grim events, war and mad rulers. I wouldn’t say our lyrics are political, but I sometimes border into social stuff connected to war.

I wouldn’t say I’m acquainted with the dark arts at all. Maybe I was closer to that when listening mainly to black metal and reading H.P. Lovecraft books back in the day.

We pitched the idea to renowned artist Andreas Marschall for the artwork, and he immediately understood us. When we got the first sketch, we felt it was spot on, and when we received the final version, we were blown away. The Cover artwork is a masterpiece, and it fits the album perfectly. He nailed it!