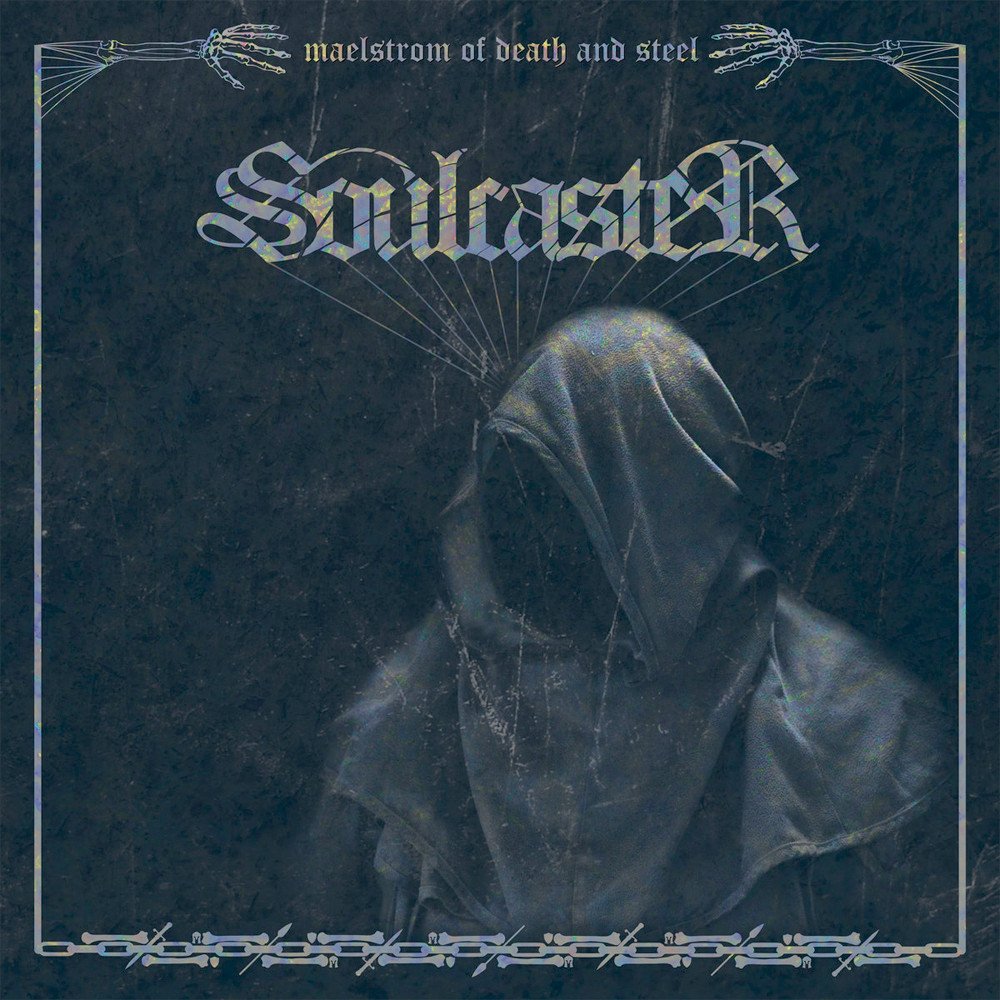 A brand-new entity hailing from Belgium, the sword-swinging brigands of Soulcaster shall make their mark across the metal underground with their five-song Maelstrom of Death and Steel. In a swift-but-satisfying 22 minutes, Soulcaster erect towers of fantastical heavy metal might, evincing a stout grasp of epic-yet-punchy songwriting and a whole host of unique contrasts which render this recording advanced beyond the band’s young years. Raw yet refined, atmospheric yet aggressive, moody yet majestic, Soulcaster bring to life both bloodshed and arcane intrigue, swords and sorcery. Not for nothing is the record titled Maelstrom of Death and Steel: the name embodies the ongoing turmoil in Stormlight Archive by Brandon Sanderson, the book series that lends the band its moniker and forms the setting for the entire EP.

Initially, the concept behind Soulcaster was to recast forebears of the epic metal tradition – Cirith Ungol, Manilla Road, Slough Feg, and early Blind Guardian and their literary antecedents (Tolkien, Moorcock, Robert E. Howard) and make a modern interpretation of it: thus, newer fantasy as the inspiration, and also more contemporary classicist heavy metal like Eternal Champion, Sumerlands, and Visigoth. But, what results across Maelstrom of Death and Steel is entirely Soulcaster’s, as the band’s blend of musical influences, both metal and otherwise, makes the record a rich ‘n’ sumptuous feast of fantasy and fanaticism. Of especial note is the rhythmic thrust they employ, galloping like steeds of the apocalypse or at least in a manner more post-punk than other epic metal battalions, truly, sounds of the battlefield here – which are all the more heightened by the big and booming and somehow distant production style, lending even more mystery toSoulcaster’s ruminations on steel & spell. Unselfconsciously unique whilst honouring heavy metal’s iron-clad customs, Soulcaster thrust you into a Maelstrom of Death and Steel!

Maelstrom of Death and Steel by Andreas Stieglitz

2020 was, in many ways, one of the worst years to launch a new project. I (Andreas Stieglitz) decided to focus on the music for now and to postpone some of the steps that will eventually turn Soulcaster into the more traditional idea of a band (with a complete line-up). On “Maelstrom of Death and Steel”, all music was written and performed by me.

Soulcaster takes Brandon Sanderson’s Stormlight Archive series and forges it into heavy metal. The themes in the original material remain present: war and conflict, be it on the battlefield or in one’s own mind.

While a chronological retelling of the books was not the intention, it just so happened that “Maelstrom of Death and Steel” is based around the first part of the series (The Way of Kings). Each song follows a different character, making the EP more character-driven than event-driven. This also allowed me to tell more of my own story between the lines.

Fantasy has been ingrained in all forms of art, especially literature, since the dawn of time. It can channel anything from pure escapism to direct representations of modern politics. Taking fantasy as the primary source of inspiration for Soulcaster, it would be short-sighted to only look at modern fantasy literature. Movies, myths, games, books, but even life itself have left their mark on the band.