A Rite of the Opposer By Andrew Chumbley 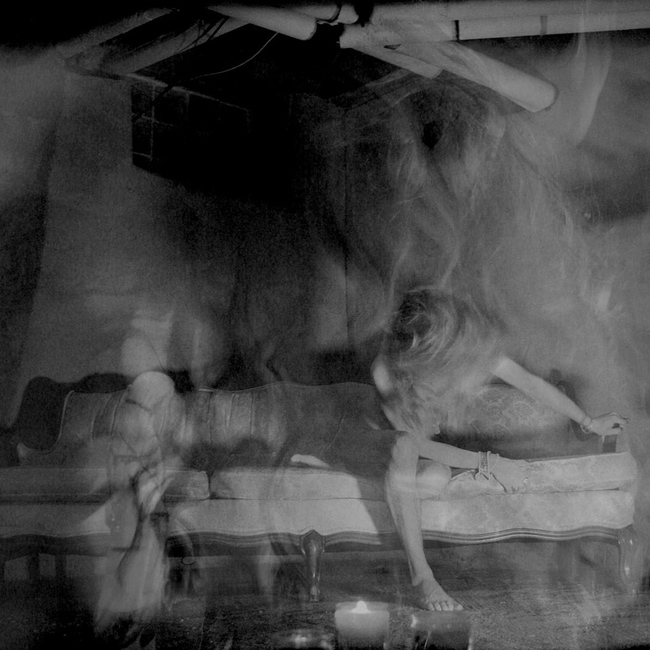 The intent of this rite is solely that given unto it by its practitioner in reciprocation to the intent of the Current summoned through its practice. The functions and applications are revealed solely through its practice and subsequent adaptation by the practitioner in accordance with such secret and unique directions as are revealed unto him. The initial directions are as follows: In a Place of Solitude and at the Hour of Twilight, light a single white candle and place it within the centre of one’s shadow. Standing before the shadow and fixating all attention upon the light of the single flame – recite the Prayer of the Design. This done, pick up the candle and, moving anticlockwise, turn your back toward the shadow, then proceed to recite the Formulae of the Opposer.

This being fulfilled and such adjunctive acts as are deemed pertinent being completed, turn about once more, and thus completing one full orientation, wordlessly extend the flame as in salutation towards the shadow; with a single breath or orison extinguish the candle. Then, as directed, walk away from the Place of Solitude and turn not to gaze back from whence you came -for such is a custom of Arte. The Prayer of Design may also be used in isolation or as an adjunctive/declaration in other suc h ritual/meditative procedures. An example of the practical adaptation of the rite as given above: in contradistinction to using toward and against the shadow as the determinants of the rite’s polarities, employ such stellar analogues as the Pole-star and the Dog-star. Also the direction of orientation may be changed from widdershins to deosil in alteration, according to whether the rite is performed at dusk or dawn – or in the dark or bright fortnight of the lunar month.

THE PRAYER OF THE DESIGN: As my Words punctuate the Silence, and the Silence my Words – so doth their resonance align and magnify Power sufficient to reify their Intent. As I begin – so doth the Design which at my Words shall Become! My Words encipher me and create Reality; As I speak so these Words ensorcel Possibilities. That which I shall become will transcend aught that hath been worshipped. I will become Other than that which hath been named. Chaos is the Primogenitor of my Forms – From whence come my Manifestations. Existence Itself will be eclipsed by my Shadow. Chance is my Circle without Circumference; Fate is my Centre without Position. Magick is my Force: Energy beyond Limitation. My Body is Transition: From Now unto Now. My Words encipher me and create Possibilities; As I speak so these Words ensorcel Reality. As I cease – so doth All – but the Design of which I speak. As I cease – so doth All – but that which I am.

FORMULA OF THE OPPOSER: As the Dragon doth coil about the Infinite, and the Wheel of Heaven doth turn upon its Heart, so let All revolve upon this Point. As the Circle doth turn through the Seasons of Change, so now do I turn, as the Axis of Fate, to manifest the Word of mine own Self-Overcoming: In the Day of mine Offering there is No-one and No-thing whom I will not sacrifice. In the Day of my Becoming there is Noone and No-thing whom I will not transcend. In the Day of mine Oath there is No-one and No-thing whom I will not forswear. For I am the Transgressor of the Void Eternal Azal – Abad In whom all is opposition. I am the Bridge across the Abyss that hath but a single edge. My Way is Lighting – bright and swift. These Words are but the echo that marketh mine Absence. Silence – the Birth-cry to herald the Presence: Of Otherness Entire made Flesh.