A Storm of Light 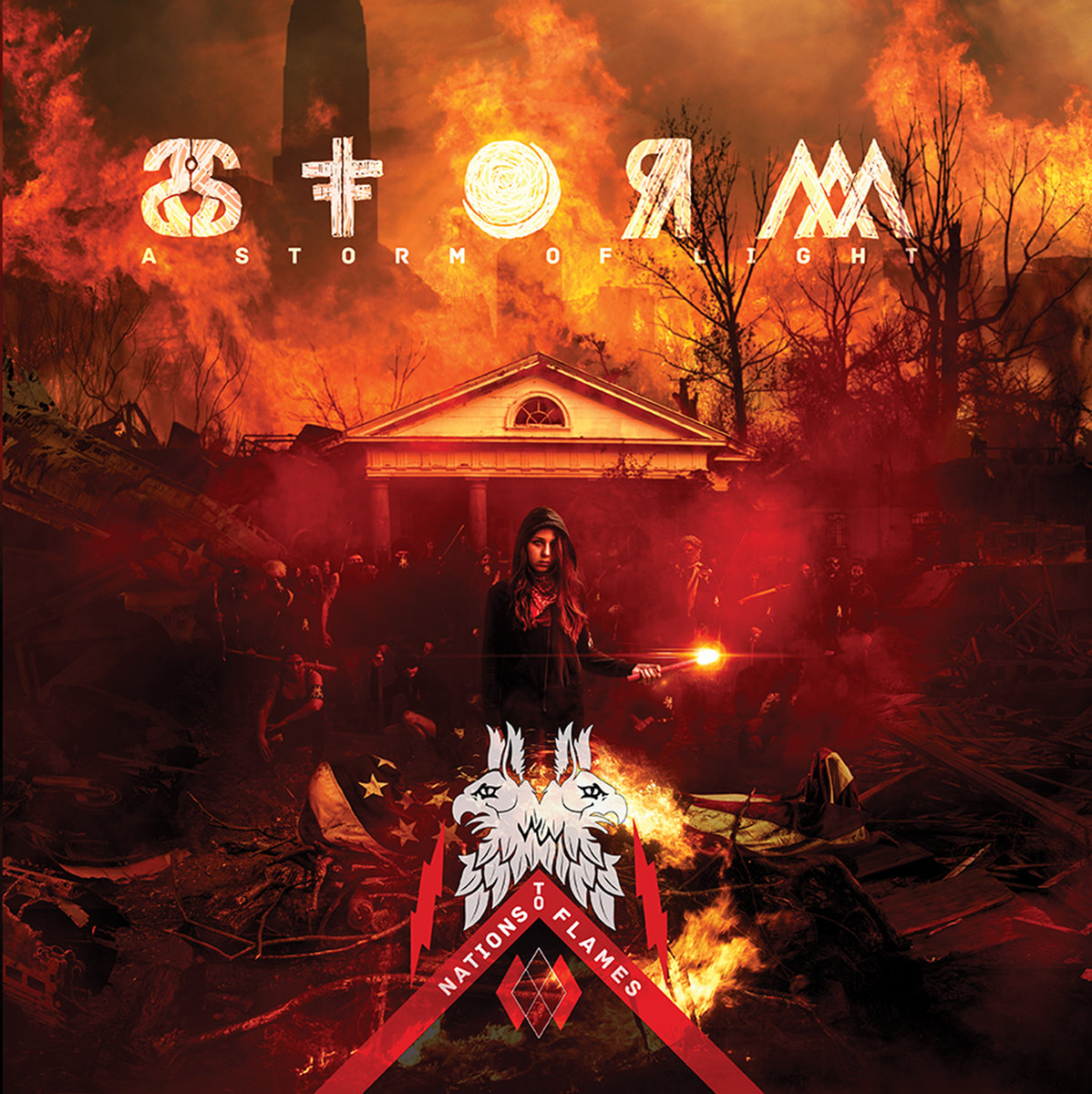 HMA: What was the mindset on the recording of “Nations to Flames”?

Josh Graham: We wanted to capture something that felt more live than our previous recordings. We always get a lot of comments that we are much heavier live, so we wanted to get that feeling on the recording.

HMA: How has your approach to songwriting evolved since “As the Valley of Death Becomes Us, Our Silver Memories Fade”?

Josh Graham: We’re still editing ourselves and trying to make the songs flow better, and keep their energy, rather than slowing everything down with a long bridge, etc. focus and energy are key for this record. While the melody is still equally important, we want to feel like a steamroller.

HMA: “Nations to Flames” feels sonically diverse from your previous releases incorporating heavier-sounding hardcore and more dynamic metal riffs. Was it a complex endeavour to record and create the album?

Josh Graham: Writing and recording any record is complex and all-consuming.

HMA: What kind of subject are parts of lyric content? And why are these important to you?

Josh Graham: It’s all pretty much summed up in the written prologue. The lyrics are about the failure and ultimate demise of our civilization. http://astormoflight.com/nations-to-flames

HMA: The artwork is very unusual. What is the story behind it and how does it complement/reference to the music?

Josh Graham: The artwork symbolizes the idea of burning everything down and rebuilding our society from scratch. The young girl can be seen as a spark of hope, or a ray of destruction.

HMA: Could you also tell us about the artwork for “As the Valley…”? It feels like a war saint both holy and destructive.

Josh Graham: The artwork is interoperation of the record title, which also mirrors the lyrical content on that record. The imagery reflects the innocence of the Virgin Mary colliding with the image of Death. It’s about realizing that no matter how righteous you get about trying to save the planet/wildlife/etc. that you are part of humanity, and therefore you are part of the problem.

HMA: The album has received positive reviews, was this expected and what would be done better on the next record?

Josh Graham: We never know what to expect from reviewers, and most of the time don’t pay much attention to the reviews either…, as it’s not mentally healthy to obsess about your own music, positively or negatively. As far as what will be done better the next time around, we won’t really know until we are in the middle of that writing process.

HMA: Are you or anyone in the band involved in any social cause?

Josh Graham: I’ve been a member of various animal rights organizations on and off my entire life. My wife and I are now trying to devote some more time to eco-conservation.

HMA: What’s life like outside the band? Any personal interests that somehow find their way in the direction of the band?

Josh Graham: I guess that answer would be different for each of us. Most of us have different musical projects. My personal disdain for humanity finds its way into our music, haha. Other than that I am the creative director for Soundgarden and also create concert visuals for many other large acts.

HMA: Do you feel you are in a good place as musicians?

Josh Graham: There’s always room to improve your musicianship for sure. As far as the success of our career in music, we’re donged all right.