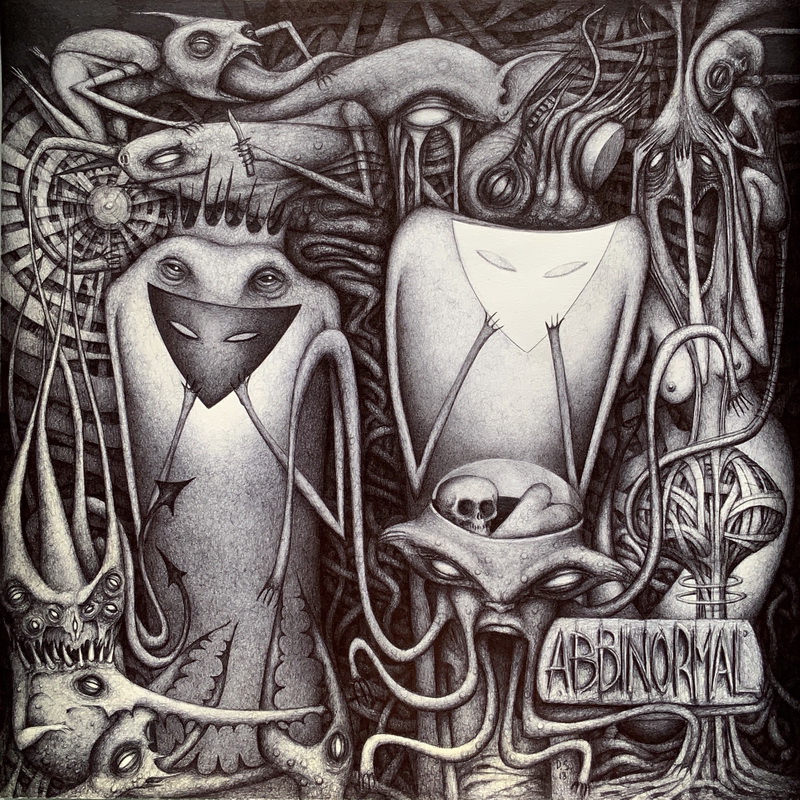 We are Abbinormal and we play grindcore, with heavy influences from death metal and crossover/thrash. This is Hellcore: short and fast songs for crazy people! Our first and latest release, called “1996”, is an album in which there are 16 songs: 9 of them were originally composed in 1996 (that explains the name of the album) and taken from the never released demo “Traumatic state of Chirrosis”. After the recordings, the band split up. The only member remained from that line-up is the guitarist Max that wanted to take back to life the band, so he called new members (Eric, Marco, Lkt) and decided to play the old songs in a modern way, and to record them in a contemporary way. Obviously, in so doing new ideas came up and starting from various riffs that Max played in the rehearsal room Abbinormal came up with 7 new songs ready to be recorded. All our songs start like that: from the riff idea, we develop all the other instruments, playing and experimenting altogether. We recorded our album in Vigevano (Iron Ape Studios) and the master was done at Kick Recording Studio, in Rome.

Our lyrics are very various: we don’t speak about a specific theme but we talk about many subjects. Also, they can be quite irrealistic and imaginative (if it fits well with the song); other lyrics can be, on the other hand, realistic stories of our everyday life. It depends also on the mood we are feeling at the moment of writing. A sure thing is that we don’t like to fossilize on specific issues, nor on specific music genres.

We can’t tell you what inspires us in creating our music, simply because there isn’t a standard inspiration… it depends on the feeling we live in that exact moment. Our process is instinctive and impulsive, and we like it this way because is the truest transposition of our feelings into music. Every song is the product of the sensations we felt in the day it was composed: without this approach, music can’t be original. And the lack of originality is the major problem in music nowadays.

We don’t have such a fixation, we can say that we reach various topics in our lyrics. Probably it depends also on the music: if it’s more positive, we can write a funny lyrics, on the other hand, we can speak about darkness, decadence, craziness if the music inspires us in that way. We don’t have a favourite theme and in some cases, we can also speak about our life experiences and the emotions we feel in particular moments.