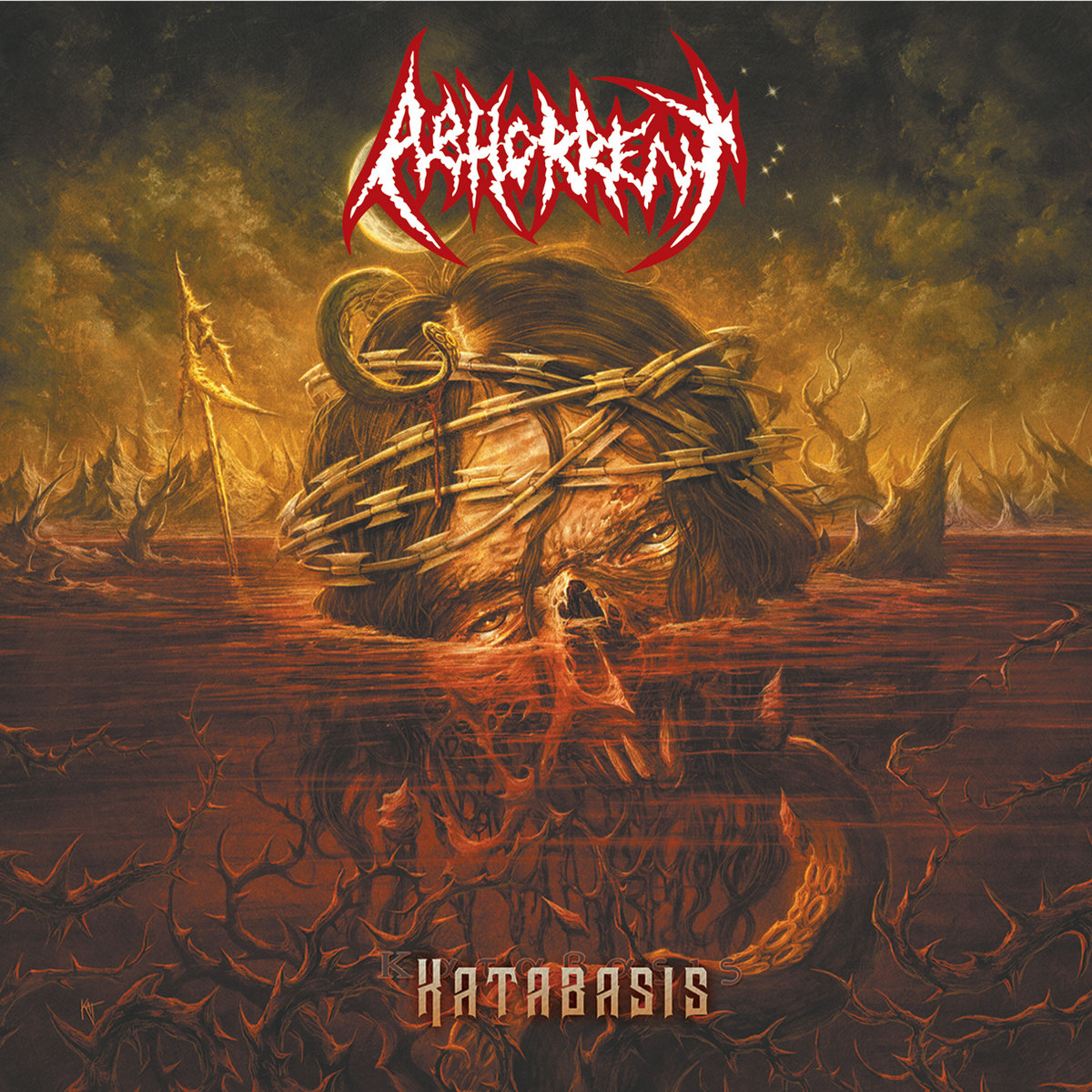 Abhorrent was formed in 1989 from the old lineup of a band called Accurst. That same year they made their debut and soon occupied an important place in the Chilean metal scene. In 1992 they released a tape with two instrumental songs, and the following year their first demo called ‘Christianicide’. 1996 present a full-length work in cassette format called “Start Point”, with a marked tendency to progressive Death Thrash metal. For several years they work on new material and appear sporadically in shows in different cities of Chile. A series of financial and personal inconveniences for musicians delay the appearance of new material. In 2011 they released the album “Heridas”, with songs very diverse in style that has presented an important source of discovery for musicians from other bands. 2013 allows them to release a double album with a compilation of their first works remastered and distributed by AreaDeath Productions. Abhorrent releases ‘Katabasis’ in 2020, under the Chilean label Australis, where the global health situation provides a perfect historical framework for the album title… The lineup has been stable for all these years, except for Carlos Ayala’s replacement on drums. His place has been taken by his brother Freddy.

Abhorrent is an old band from the Chilean metal scene that has been characterised by searching for its sound within the Death and Thrash subgenres; for this reason, it has managed to have its label that positions it in a different lane concerning the sound of the other Chilean bands that emerged in the late 80s.

The lyrical content is varied, ranging from open opposition to religion (not only Christian) as a manipulative entity of the people and the masses, in addition to being a harmful political tool in the history of humanity, some of that is interspersed with the cliches of Satanism, but in us, all of that is caricatured because we consider Satanism as another religion and a by-product of Christianity. Other issues that we address are the internal conflicts of human beings related to their scale of values and how they create moral crossroads and cause terrible consequences for people and societies. There is also a solid political protest both to our government and the powers, without neglecting direct criticism of ideologies.

If I understand the question correctly, you ask if we prioritise melody, rhythm or structure. In that sense, we prioritise the structure a lot; as I mentioned before, we look for our label, and in that sense, we do not stay still in a comfort zone with a template of proven success and repeated a thousand times like many bands. Then the melody, we want to create different atmospheres or instances within each song, that very hand in hand with the structure and the rhythm, of course, must accelerate or slow down according to what we want to project. There is very good integration. As an attached point, we mainly do the lyric first, usually without verses, and then we “dress” it with music. We want to establish an honest, innovative musical work with a lot of dedication to each band member.

Our sources of inspiration are diverse; I think it is almost obvious that literature is either fiction or history, mythology, news and painting. Sometimes a good conversation with friends or family can hold a lot of inspiration.

The songs address different themes, but there is a common element present, as I mentioned before, that is ‘Katabasis’. As a species, in the different dimensions of our existence, the current moment of civilisation, at least the western one. The abrupt modification or abandonment of values that sustained a type of social structure, the breakdown of people’s trust with traditional organisations, the quest to change everything and widespread disenchantment is full-fledged a decline or sinking into a swamp of uncertainty for the future.