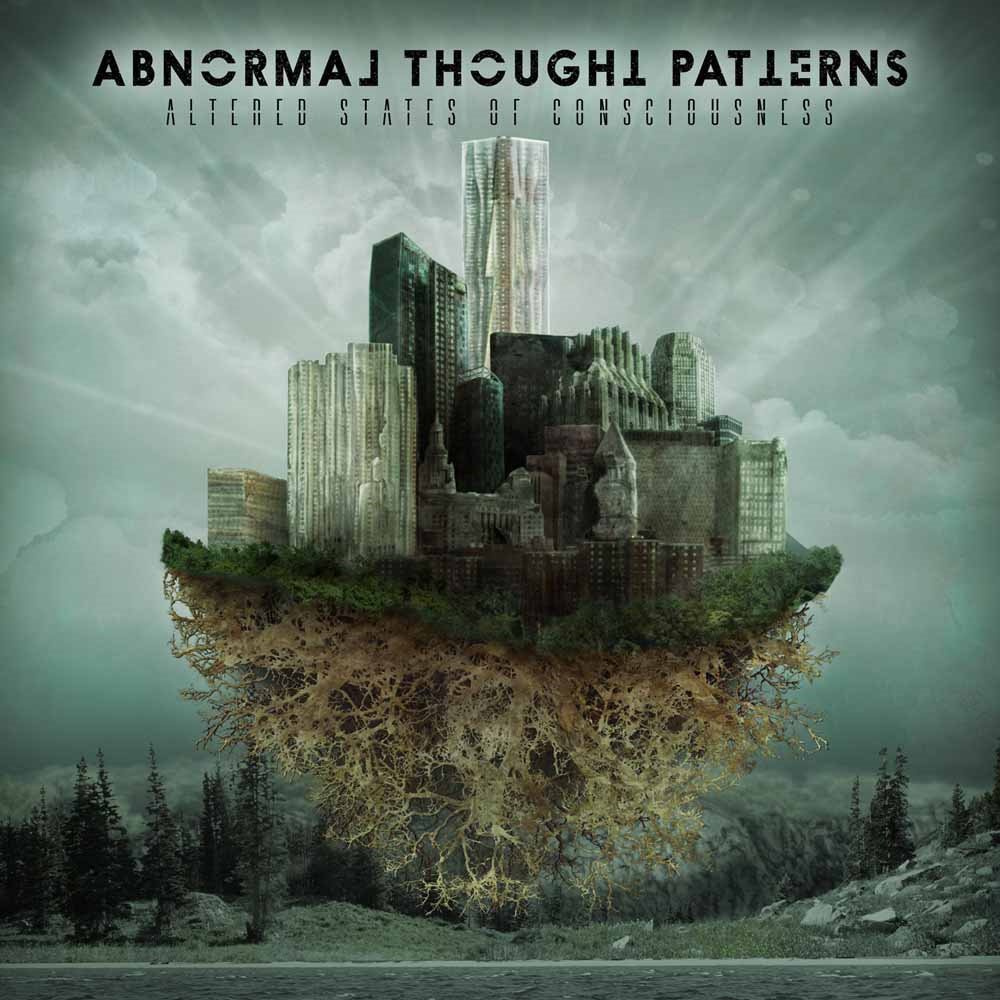 Hailing from the Bay Area, California Abnormal Thought Patterns is a mathematical instrumental trio that fuses heavy riffs, intricate time signatures and shredding solos. It is hard to describe with words what the trio is doing within its songs, you have to experience it with your own ears and you will be blown away by the sheer technicality these guys have in their fingers. Bands’ debut for Lifeforce Records ‘Manipulation Under Anesthesia’ – was mixed by Matt LaPlant (Sikth, Nonpoint) and mastered by Alan Douches (Between The Buried and Me, The Dillinger Escape Plan).

HMA: Hello and welcome to Heavy Metal Artwork. I would like to start by asking on your band name. Can you describe what it means? Death have an album called ‘Individual Thought Patterns’, is it anyway related?

HMA: You are a full instrumental band, I know it might sound rhetorical, but it’s like not having a lead singer? Does it ever feel that something is missing?

Jasun: It’s a breath of fresh air in having the instruments producing the melody-lines over the structured material. If you know your objective is to be an instrumental band you make it a point to make sure nothing is missing in the material. It allows you freedom in other senses that you wouldn’t have had with a vocalist.

HMA: How do you find inspirations on naming your music without having lyrics to use as reference?

Jasun: The formats and soundscapes is personal to the musicians writing the music. I use to watch movies of many genres, mute the sound and play guitar riffs and lead melodies over the scenes onscreen. So that has helped developed my style and love writing instrumental music. You can visualize storylines in your head or take feel from experiences in your life. I love big wave surfing and skateboarding and I feel our music would fit great behind documentaries and movies of that style.

HMA: And same goes for your cover albums, what is the point of reference and inspiration?

Jasun: The music is the inspiration. We enjoy heavy, dark material that incorporates beautiful, spacey, lush dynamic clean tone passages with odd-time signatures, polyrhythms with dynamic changes. So the artwork needs to have all those characteristics in visually describing our sound.

HMA: How do you communicate the ideas to the artist?

Jasun: Troy (the bassist) comes up with all the titles for our songs. We supply the music and titles to the artist Erick “Wurm” Pollard who is amazing bringing the visual to our music. He’s done the artwork to our EP and two full-length releases off Lifeforce Records. He’s Awesome!

HMA: You have a few guests on the record? Can you tell us about the collaborations and inputs?

Jasun: I had about 3 and a half minutes of the song put together. I decided to play it for Troy and he immediately says “couldn’t you hear someone like Tommy Of BTBAM all over this song”. I gave him a look and said: “like that’s going to happen”. After that, I couldn’t help but think of Tommy’s vocal over the song as I’m writing the rest. It just took shape due to that. I was, of course, open to the idea but I kept insisting to Troy that there’s no way he’d (Tommy) do it man. Troy went behind back and contacted Stefan (Lifeforce Records owner) if he could get us in touch with Tommy Rogers (BTBAM). My brother is now a genius in my eyes for doing so. We’re HUGE fans of Tommy and Between The Buried and Me. The band was prepared that more than likely Tommy wouldn’t be available due to his extremely busy schedule. Stefan came back with an email letting us know Tommy was interested. We were extremely excited as we always pictured Tommy’s vocals and writing style over the jam. It was written with him in mind. We sent Tommy an email of the song and we wrote how we totally dig his writing and vocals. He wrote back saying he’s excited to be part of it and that he’s a fan of our Former band Zero Hour. Obviously, we were beyond STOKED for so many reasons. Right away Tommy had some ideas as he wanted to change up the song structure a little bit. Troy had some ideas as well and it all came together. Tommy literally wrote and recorded the jam in three weeks. We didn’t have to make any changes whatsoever. Tommy is the real deal and such an amazing person to work with. We’d love to do another track with Tommy in the future. It was a great experience.

A few years back I met Jeff at the NAMM show in Anaheim, California. One of my students saw Jeff and wanted a picture with him. Right after taking the picture I said “Jeff you’re an incredible player and very stoked to see you here”. He said you’re Jasun Tipton, right? We chatted for a couple minutes and he’s just a great guy. Jeff is truly the new guitar hero for so many. After Jason Becker and Marty Friedman, Jeff has kept the shred flag strongly waving with his amazing playing. It was honour to have him hit out some solos on ‘Nocturnal Haven’. His playing is effortless as he makes it look so easy. I met Tim back in 2001 when Zero Hour and Into Eternity played some shows in Europe in 2001. Tim is an amazing guitarist, writer and friend. Truly one of the best guys I’ve met in the music World. We did a West Coast tour with Into Eternity in 2013 to support “Manipulation Under Anesthesia”. I remember getting on Into Eternity’s bus and Tim would pick up his nylon acoustic and just play such amazing pieces. I told him I would love for you to create something for our next disc. He agreed and I just love listening what both these guys brought to the song. I just wanted them to do their thing as I’m a fan of their playing.

Michael Manring and John Onder are by far Troy’s biggest influences. We wanted a massive Bass lead driven track, so my brother reached out to Michael and John. Michael and John are not only some of the most amazing, talented bassist on the planet but the nicest people you’ll ever meet. We sent them the files and sequence times to solo over the track. Both recorded their solos so quick with no need for any changes. That can be said for all the guest musicians on “Altered States of Consciousness”. Their playing speaks for itself as they made that jam one of our favouritev tracks on the disc.