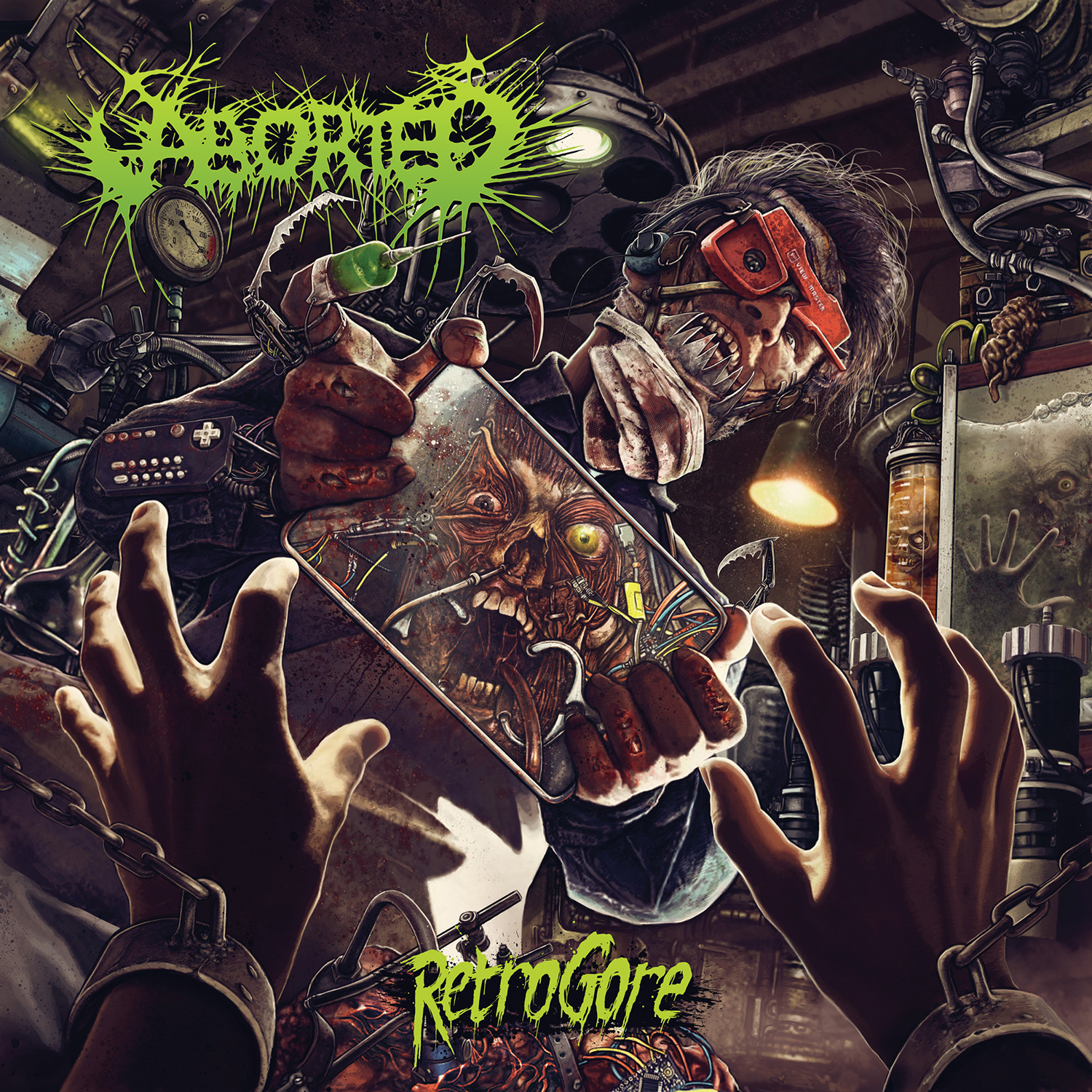 Rotten to the core

Despite numerous band changes and one album hiccup, Aborted have been highly regarded by the death metal community. In 20 years of career they have always manage to deliver a good dose of brutal metal dashed with enough gore. The band seems to be in excellent shape and their new album is certain to follow the success of “Global Flatline” and the “Necrotic Manifesto”. “Retrogore” is their 9th studio album and it is set to be released next month (22nd April) by Century Media. We met up with singer and founder Sven de Caluwé during their European tour with Kataklysm to discuss horror movies and Aborted new record.

HMA: Your new album “Retrogore” is coming out on the 22nd of April for Century Media. What are the concept and focus on?

Sven de Caluwé: I guess the concept is like a throwback to the golden age of horror films, which is the 80s. Everything is very dark, I don’t know if you’ve seen the artwork and all of that stuff, but we have a lot of 80s movies, horror films paintings throughout the artwork, where the band members are actually portraying the main figures of the posters. Like, Reanimator, Ghostbusters, a whole bunch of shit.

HMA: Do you have any special guests on this album?

SC: Yeah, we got Travis Ryan from Cattle Decapitation, Jason Keyser from Origin, David Davidson from Revocation, and also Julien from Benighted.

HMA: Do you play any covers on this album?

HMA: Your lyrics are largely inspired by horror movies. Which ones are your favourite horrors and the ones that inspired you the most?

SC: There’s a whole bunch, obviously Hellraiser, at least the first 3, after that, it kind of goes down the shitter. I love Re-animator, the old Nightmare on Elm Street movies, all the old 70’s and 80’s slasher films, Halloween. Also the old Italian horror films, like Argento, Fulci and all of that stuff.

HMA: Are you more into slasher or supernatural horrors?

SC: It’s both. A little bit more into a slasher, to be honest. The 80s horror movies were really, really focused on slashers.

HMA: You’re actually an artist yourself, paintings and album covers. Are you involved with your band’s album artwork?

HMA: How do you work with the artist for Aborted artwork, do you give him your songs first so that they can get inspired, what’s the process?

SC: No, not really. For this one, we had a UK artist called Christopher Lovell. All of the stuff that he does is 80s inspired. I just told him “Here’s the album title. Do whatever the hell you want.” I didn’t have to correct anything. The guy just did something absolutely amazing.

HMA: Do you still do art/cover design for other bands? You did covers for Immolation?

SC: Yeah, it’s very rare now because I’m mainly doing high-tech design. I do applications for smartphones, tablets, websites, all that kind of stuff, artwork for bands, not so much anymore. Only if I know the people in the band or I really like the band, I’ll do it.

HMA: There have been numerous changes in band members, leaving you as the only original member left. How do you keep your sound and creative process intact?

SC: It’s now been stable for 4 or 5 years, so we hadn’t had to deal with any lineup changes in a long time. Before that, around 2008, for sure, we released a really shit album called Strychnine 213, which I absolutely hate. We’re not playing it, ever. Just everything around that time was bad in the band. I’d rather have it all behind me. It’s in the past and things have been steady and good since then.

HMA: Is this lineup to stay?

HMA: Which are your biggest musical influences?

SC: Everything that I grew up with, basically all the old Swedish death metal bands, Entombed, Dismember, Suffocation, back in the day for sure Carcass also lyrically.

HMA: Looking back in a 20 years career, which can you say have been the highlights and low points?

SC: Low points we can say the Strychnine 213. As far as for the highlights, ever since we put out Global Flatline everything’s been going upwards and good, everything since then has been really cool. We’ve toured some really amazing places last year that we’ve never felt that we would. We’ve done Japan twice; we did South Africa twice last year and Australia. With the last album, we toured pretty much almost everywhere.

HMA: Which is one of the most memorable things that happened on the road?

HMA: Do you actually plan to make another DVD?

SC: That depends. If we do it, we will probably be doing it ourselves. If we actually have time to do it, we might do a crowdfunding thing, if people want a DVD. It’s so much more expensive than doing an album. If we actually do it, I want to do it properly and then whoever wants it, it’ll already be in some sort of pre-order. If you put money towards it, you get the DVD. If there are enough people, we do it. If not, then we don’t. I don’t want to waste anyone’s time either.

HMA: What’s next for your band? How long are you going to be on the road for and are you playing any summer festivals?

SC: This is one of our last shows out of a 44 day tour. Tomorrow is the last day, then we shoot a new video. After that we have off until April for the album release. We do some summer festivals, also a US tour in June and then a European headline tour in October.

HMA: Thank you so much for your time, see you at the show tonight