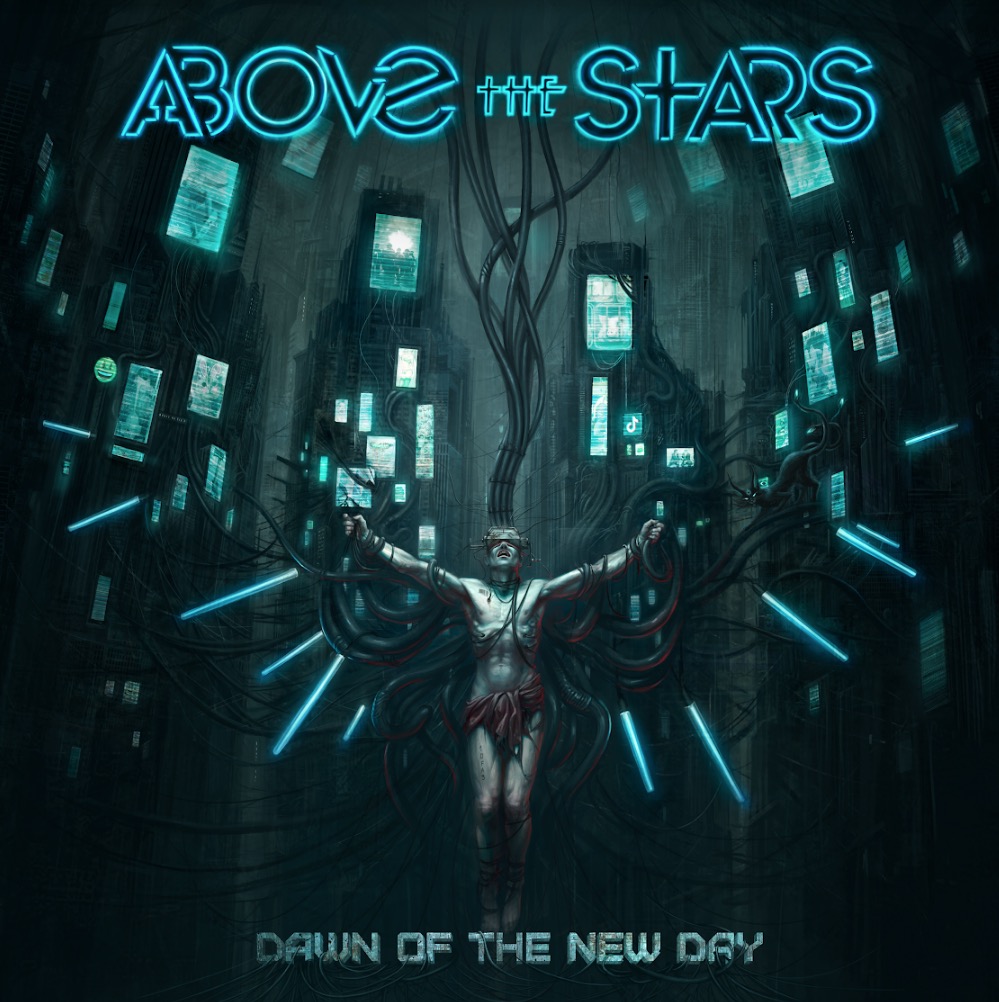 Dawn of the New Day with Viper, Glympse

Viper: Our debut album was awesome, but the new one is better. The work wasn’t very different from the previous one: demos, lyrics, record. And some guests as usual.

Glympse: My part of the working process may occur at any time of the cycle, months before the record takes place or directly through the actual composing steps or lyrics writing. But it’s necessary to get ready for some brain-storming moments of a sudden.

Viper: Our artist is perfect. She gets every our idea very well and what’s more important – she feels the record’s mood. That’s why she’s one of the very few people outside the band who listens to our raw demo material.

Glympse: About the lyrics, Viper may tell you better. It’s his cheval de bataille.

Viper: It depends on the album concept. We paid our tribute to Howard Lovecraft on our debut album by writing our own story based on his Universe. So all the lyrics I wrote was based on this story and different Easter eggs from Lovecraft. Dawn of the New Day is partly based on the legacy of Philip Kindred Dick (but only partly) and has some references to other sci-fi/cyberpunk and even post-apocalyptic authors.

Glympse: Do we have any specific creative rituals or habits? I think it’s a permanent and endless story. The question is, when are you ready to concentrate and carve something interesting from the things you got? Because the accumulation never stops: all the significant moments, feelings and desires might reflect in the nearest work, then somehow later. As for finding the right mood to create, I prefer a good book or videogame to catch some ‘spirit rising’. Also, it works with a long walk listening to favourite music to abstract away from everyday routine. Funnily, my own best production time is during the working time at the job. It’s rather more comfortable to create when your brain is warmed up with some ‘lower’ mind activity. I hope my management won’t read this.

Viper: We know when it’s time to make a record, lol. We record something new every week, and most parts of these demos will never be released. But as soon as we realise that we have ten good songs, we are doing a new album.

Glympse: I abode a mix of energy conservation theory and the golden rule of ethics. Nevertheless, we live in the material world, so finding long-term shelter in dreams and fantasies is not very useful. It’s pleasant, but only until the action phase comes.

Viper: The first thing I should say is that my point of view on religion is… just fuck it, man. Faith, no matter what god or gods, is fine, and it’s a deeply personal thing for every human being. Religion is the worst shit people have ever created. Even worse than nuclear weapons. But I don’t think this point of view will somehow affect our music or appear in my lyrics. Music is music, and our goal is to entertain people. We are very similar to power metal bands singing about elves and dragons to make people think about fairy tales and distract them from everyday routine. Our fairy tales are. Maybe I should say for adults? They are darker than fantasy, and the characters can die easily, but anyway, it’s just a way to entertain people. So consider this to be our philosophy. And just to clarify things, sex, drugs, and rock n’ roll are no longer a rock way of life. These things fit hip hopers much more.

Viper: My story would be very common. At the age of 11, I accidentally received a cassette with Iron Maiden’s album ‘Killers’. And I was so shocked by the artwork, but at the same moment, I enjoyed it. Eddie with an axe was impressive. Listening to Iron Maiden, I realised that to become a musician was the only way for me. But when I first heard Children of Bodom with their ‘Hatebreeder’, I realised what genre of music was meant for me, lol. And the third point was Cradle of Filth’s ‘From the Cradle to Enslave’ music video with its amazing atmosphere and perfect outfits and makeup of the musicians. So gather these three, and see some familiar features in Above the Stars.

Glympse: My father has played a great role. Since early childhood, I have been listening to 70’s hard rock and the new wave (of the late 70s). When I was at school, my pal gave me his brother’s cassette of the monumental ‘Inferno’ by Lacrimosa. Sure, it was a pure revelation for an eleven-year-old guy. Then there were times of victorious nu-metal stomp. The real heavy shit came in 2004-2005 in my anxious and challenging teenage. Such bands as My Dying Bride, early Anathema, Katatonia, and Crowbar shook my inner world. Hard times passed long ago, but these bands settled forever in my heart. My favourite album since then is the brilliant ‘Dance of December Souls’ by Katatonia. I hope once they do the trick as Celestial Season did like there were no 25 years.

Glympse: Heavy metal music is for fans worldwide to unite. Doubtless, it’s also entertainment, but firstly it’s about the energy exchange and powerful emanations. Echoes of the coronavirus problem still take part in modern life, and there are lots of general restrictions which make it challenging to go for live shows. But it will end one day. Luckily there are some local gigs scheduled for one black metal band I participate in at the end of 2021. It’s very encouraging to play live shows; for me, it was a nearly two years pause for such activity.

Viper: Perhaps this will sound a bit naïve, but I suppose that music can make a coup with uniting the world much better than any politicians. Look at big festivals where fans gather just like one big family. Imagine the number of people listening to Maiden, or Metallica, or Slipknot – this number will be more significant than the population of most European countries. All these people are living worldwide. So, in my opinion, musicians can influence and change the world with their music. I hope this COVID-insanity will be over soon, and we all will return to normal lives with shows, tours and festivals, and we all will be able to meet our favourite bands again and feel these ‘metal family vibes’ uniting us all as well.