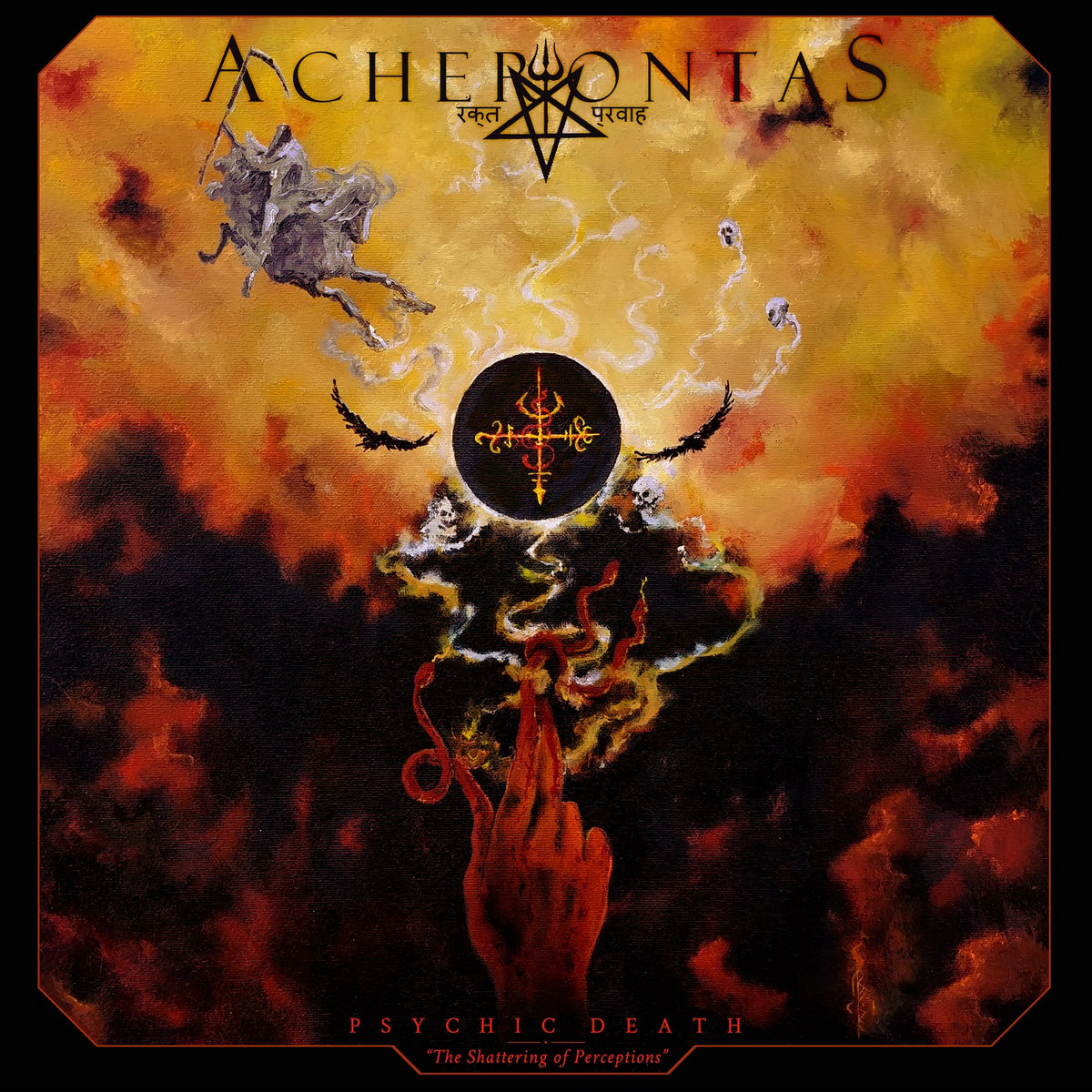 Psychic Death – The Shattering of Perceptions by V. P. Sorcerer

Acherontas was brought to life in 1996 by V.P. Sorcerer and ever since remained true to its internal tenets and traditions, which deemed the band as a “Magical Coven, dedicated to the Ancient Summerian Mysteries of Drakonian Blood”. According to the band, “many traditions embrace these ancient sources as footprints and take form in our Void as Astral Vampirism, Hermeticism, Kabbalah, Dream Workings and Luciferian Magic”. Acherontas is a river believed to connect the world of the living with the underworld. It is closely associated with the ancient Necromanteion and the Art of Necromancy.

Two years after the release of ‘Faustian Ethos’ the coven of Acherontas returns with a monumental album, delivering the most mature, potent and diverse offering throughout a vibrant discography of 23 years to date, fulfilling the promises left abound with the closure of the triptych ‘Psychic Death’. The shattering of Perceptions and the unfolding of the Psyche. A manifest of sound, spirit and matter, blending across the ancient routes of divination. Across all the cardinal directions, the psychic structure’s core elements detonate and flourish, risen and aflame as a newborn supernova, embedding axioms and attributes on the vital points of existence, on the ethers as in the depths. The uncharted map of man’s subtle anatomy becomes flooded with the universal governing force of Vitae, the arrows of Life, the nectars of Death and the flames of Rebirth. The crystal halls of the Psyche reverberate, once more, with a monumental milestone to glorify the Ascension to Godhood, the Devil and the Inner Demon. A fierce return deep into the roots of the ‘90s, when we grew up and evolved through the Black Arts.

We are inspired by our empiricism in both the Dayside and Nightside Realms. The term “Magickal Coven” is not used to create mystery around us. It is the real expression of what we stand for as Individuals and Artists. All the lyrics are based on our personal experiences,  our Spiritual Journey and study. Music is always composed through inspiration alone and the need to reflect our inner void through Art.

I immersed in metal music in the early ‘90s. Black Metal is a vessel that connects philosophy to art. It is an antinomian act and knows no bounds. For more than the last two decades, except metal music, I also enjoy other genres such as experimental ritualistic music, ambient, neoclassical martial and darkwave. From my perspective, darkness and creation have many forms, and the artist must have no boundaries in Art, experimenting and extending his potential above and beyond. Black metal will always stand as a kind of music rooted firmly in the underground and will always reflect its inner world in the Art of Music.

Dark means “hidden”, not the Visible side. I avoid such cliche terms. True Magick is not an art, it is a science. It is far from definitions such as black, white, left or right-hand path. The Magickal Trip is Boundless. Immortals shall never be slaves.www.facebook.com/drakonbreath