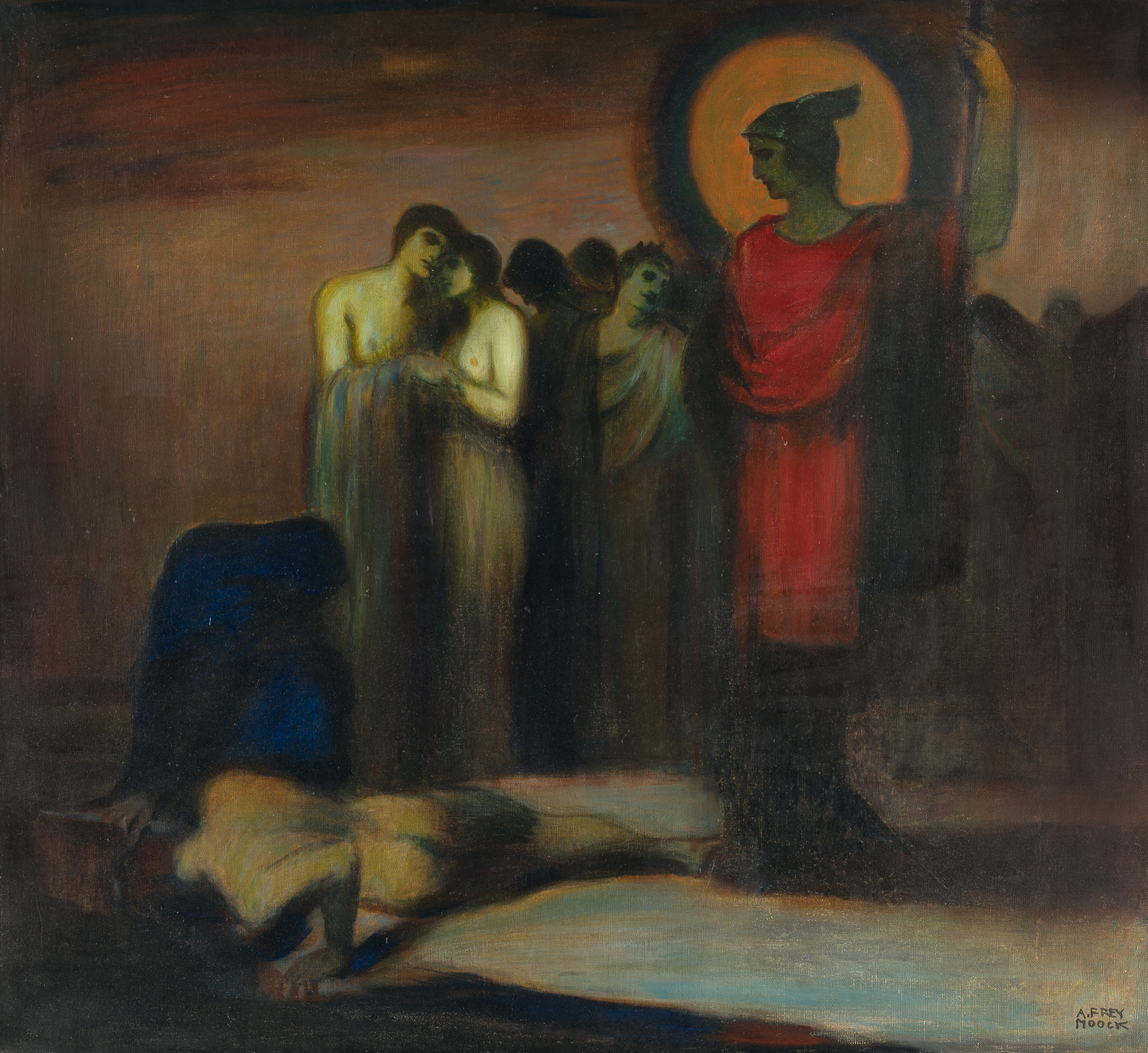 Adolf Frey-Moock was born in Switzerland (in Jona, not Jena as often recorded) where he was apprenticed to learn the trade of decorative fresco painting in churches. After several months as a touring artisan (during which he painted the Schöne Brunnen in Nuremberg), he entered the Academy in Munich where he studied with Wilhelm Diez. Although he was one of the most loyal followers of Franz von Stuck, he was never a student of his. Instead, in 1909, he became a studio assistant of the hugely successful, recently ennobled master. In the 1930’s Frey-Moock lived in Nördlingen, then again in Munich, and eventually he returned to Switzerland. The theme of Salome was much in the air in the decades between 1890 and 1910 (see also Lévy- Dhurmer in this catalogue). In 1904 Oscar Wilde’s play Salome was produced in Munich, followed shortly after by Richard Strauss’s opera Salome. In 1906 Franz von Stuck painted three versions of Salome (Voss 310), each showing Salome dancing, offering her nude body frontally, head twisted backwards over her shoulder. In preparation, Stuck or his wife Mary took a series of photographs of a model posing in front of a white canvas, stretched in a dark frame. The vertical columns of the dark frame, as it appears in the photo, might have been on Frey-Mook’s mind when he established the rigidly vertical figure of his Salome. He borrowed from Stuck the radiant head of John the Baptist, which in turn might have been inspired by Gustave Moreau’s Apparition of 1876. Frey-Moock’s color juxtaposition of dark shadows and glowing flesh are reminiscent of Stuck’s Sin (Die Sünde,1892), an omnipresent icon of the 1890’s to 1910’s (Stuck painted at least twelve versions of it). In fact, Stuck displayed Sin as an altar piece in the very studio where Frey-Moock was working as an assistant in 1906.