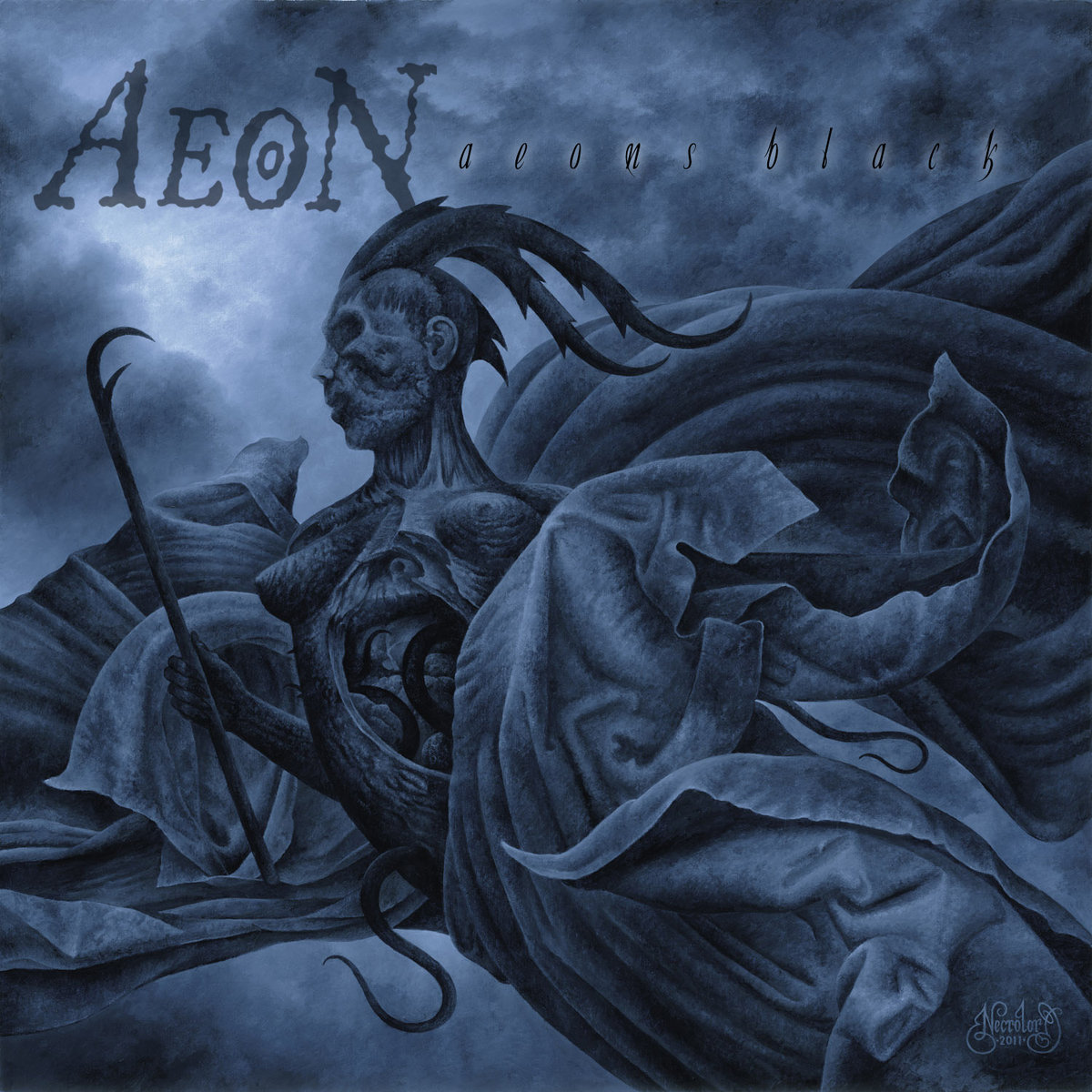 Aeon has formed in Sweden and been together since 1999. They are becoming progressively bigger and a respected name in death metal. Alex Webster from Cannibal Corpse said about the band: “Aeon musicianship is among the best in death metal, but their songwriting is what truly sets them apart. It is rare to find a death metal band that is simultaneously crushingly brutal and infectiously catchy”. I caught up with Aeon’s guitarist Zeb Nillson during the tour with Cannibal Corpse and Revocation to discuss their music, the new line up, inspirations and future projects.

HMA: Your last album “Aeons Black” came out in 2012 and it differs somehow from your previous work

Aeon: It maybe because of the atmosphere that we get by using those interludes that we have. I don’t know really if that has something to do with it. I think lyric wise it’s pretty much the same. Music wise, I guess, it’s more varied than the previous records we put out.

HMA: Your lyrics are very anti-Christian, is that from an atheist or a more from a Satanist point of view?

Aeon: It’s more of an atheist thing, I guess. It’s more about you shouldn’t just follow a book written 2,000 years ago.

HMA: Your guitarist, Daniel Dimli left recently, did that somehow changed the dynamic of the band and the way you create music?

Aeon: It’s hard to say already. We haven’t put out anything new material since he left. I don’t think it makes much difference having a new guitarist in the band it’s not like you can hear any difference when play or anything like that.

HMA: Do you have a new album in the making?

Aeon: Oh, we do have new material. We just haven’t put it out yet. We haven’t really got into really what to keep and what not to keep, and stuff like that. We just came up with ideas that we’ve been recording and shared with each other.

HMA: Do you have any more show planned after you finish touring with Cannibal Corpse?

Aeon: Yeah but nothing official yet, so I can’t really talk about it.

HMA: Cannibal Corpse always kind of kept you under the wings and they always said you were a great death metal band because you were a bit different from the usual. What do you think about that?

Aeon: Oh, yes. I’m very flattered of course. They’re one of my favourite bands if not the favourite band. That’s really flattering, I guess. They still kick ass after all these years which is really cool, I think. They’re all great guys.

HMA: I was going to ask you who were your biggest musical influence, but I guess it is Cannibal Corpse

Aeon: Yeah. I’d say Cannibal Corpse, Suffocation, Morbid Angel, yeah. Actually, speaking of the difference of the last album from the other albums like you mentioned earlier, I had a lot of more thrash metal inspiration for that one actually. I haven’t really been into Machine Head before until I heard “The Blackening” and “Unto the Locusts”. Those two albums I found really good, so I listened a lot to them before we started writing Aeons Black. Those two albums really had a big impact on my songwriting.

HMA: What would you say it has been the best moment in your music career so far maybe?

Aeon: Oh, that’s difficult, yeah. I don’t know really. Signing with Metal Blade, I guess, has been the best thing.

Aeon: Yeah I am, my favourite is the Elm Street movies.

HMA: Tonight is Halloween, so to remain in the spirit, could you tell me what is the creepiest and scariest thing that happened to you?

Aeon: Not that I can think of.

HMA: Do you believe in the supernatural, in ghosts?

Aeon: I don’t know. I haven’t seen anything that proves it. On the other hand, what proves that it does not exist?

HMA: Do you listen to new bands? Do you have any new metal bands that you like?

Aeon: Yeah. Sometimes you find new bands, yeah. I haven’t really. I can’t say that I have really picked up on any new band for the last year. Maybe I have and just can’t think of it right now. There are so many things that come up especially from Sweden.

HMA: Time is up, thank you so much. See you at the gig.