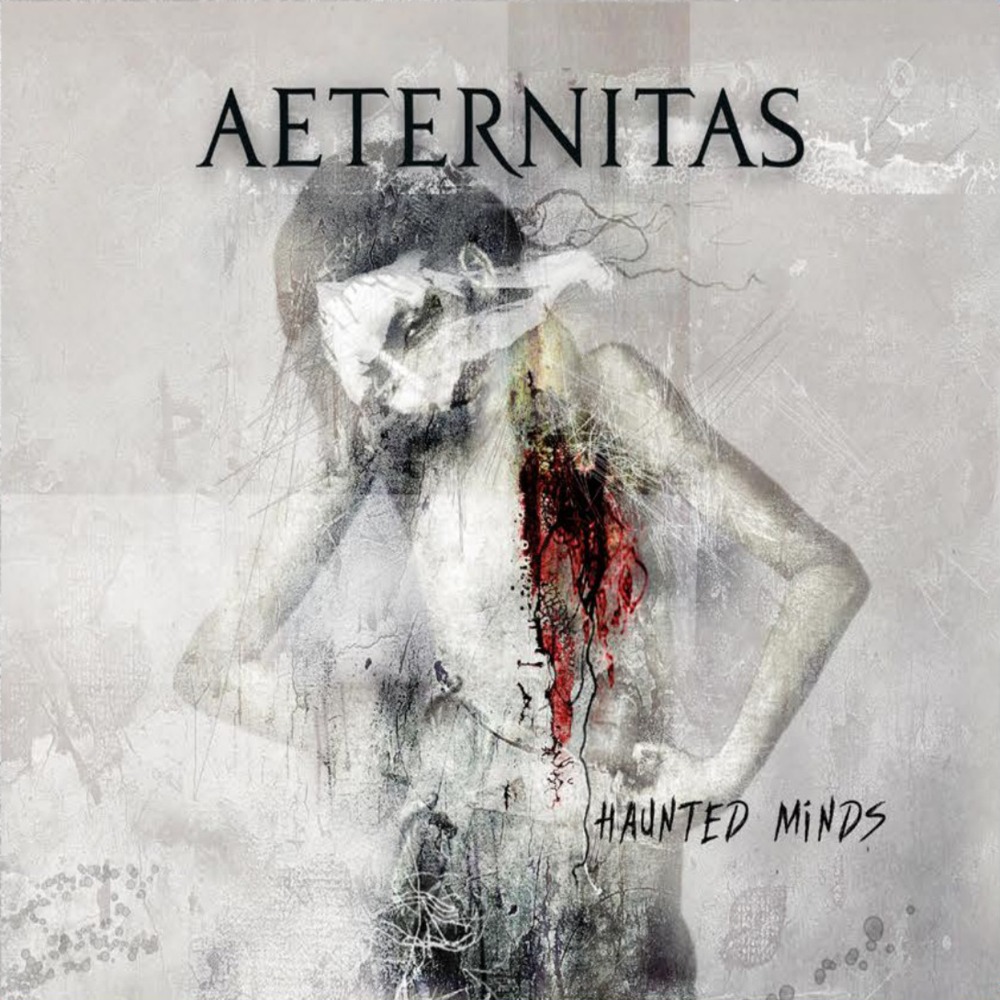 Founded in 1999 by Anja and Alex Hunzinger, Aeternitas released their first and very well-received concept album “requiem” in August 2000, which combined a variety of different styles (from classical to metal elements). The success of this album encouraged Anja and Alexander to build a performing band, to bring their songs to the stage, followed by the albums “La Danse Macabre” (2004) and “Rappacinis Tochter” (2009).

The band name Aeternitas is closely related to our debut album ‘Requiem’ from 2000. The band name came into our mind after we finished some songs from it, using the original Medieval Latin death mess lyrics. Herein the word ‘Aeternitas’, the Latin word for eternity, plays an important role, which was why we chose it as the band name. At that time the name was meant to link the band’s name to our first album.

The album title ‘Haunted Minds’ has several meanings. First of all, I have to mention that most of the songs on the album are inspired by short stories from the American author Nathaniel Hawthorne – a companion of E.A. Poe. One of his stories is named ‘My Haunted Mind’, precisely the last song’s name on the album, a sad ballad. But I didn’t want to use this title for the whole album name, because it should reflect all of the songs and not just a certain one. So I slightly changed it to ‘Haunted Minds’, because this reflects best the overall atmosphere. The songs (and the original stories) tell about broken souls, personal conflicts, the meaning of life and how people struggle to find it. Having thought about this, „Haunted Minds“ seems to be a proper album title.

Like any kind of symphonic band, we have classical influences; e.g. from the romantic period of the 19th century and modern blockbuster movie scores. On the other hand, we are influenced by other bands of the same style. These influences change from time to time. Currently, I would call bands like Kamelot, Epica and Serenity as the most important influences for our upcoming album’ Haunted Minds’.

In our early works, gothic metal was a major style in our songs, additional to classical elements and other styles such as death metal and more. Over the last three albums, this style became a minor aspect and influence in our songs and was replaced by a more powerful kind of symphonic metal and even power metal. We play the style of music which we like most and which makes fun playing. That is the simple reason why we’re in this kind of style. Speaking about a philosophy: I know that there are some funny stereotypes for every type of sub-genre. Back metal is about praising Satan; power metal is about slaying dragons and so forth. This might be true for certain bands, and there is always an element of truth in these stereotypes. But, at least for our music, we have no overall philosophy.

We always found our inspiration in the literature of the past centuries. On our first two albums, we used original medieval texts for our lyrics, whereas on the last three albums we used Gothic novels of the 19th century from American authors for our lyrics. For the last two albums, we were influenced by short stories and poems by Edgar Allan Poe. On our upcoming album “Haunted Minds” we worked with stories of Nathaniel Hawthorne, a companion of Poe, for most of the lyrics. These stories cover a wide range of dark romantic atmosphere up to slight horror elements.

I should tell you about our collaboration with Kurt, aka Headcrime Artwork’ first. Back in 2004, we were looking for the cover artwork for our second album ‘La Danse Macabre’. Here we became aware of Kurt and his amazing photo artworks. We immediately fell in love with his dark and fascinating artworks and thought that his style would perfectly fit to our music. So, we got in touch with him, and since then he designed every subsequent album artwork for us. At first, we presented him our new songs and an album’s general topics, which inspired him to his artwork. Through the years of our common works, we trusted him more and more. So, we asked him in a very early phase of an album production if he could develop a new artwork for us, even when only the album title was known.

And so it was for our current album ‘Haunted Minds’. We just told him that we wanted to have an artwork in a similar style of the predecessor album ‘Tales Of The Grotesque’ and he delivered a few drafts for us. We chose the most touching one, one of all his graphic artworks’ key facts: they touch your soul or heart. I think that’s the reason why we worked with Kurt for so many years and albums. His artworks tell dark stories and touch the viewer emotionally, which is the same as what we want to achieve with our music.