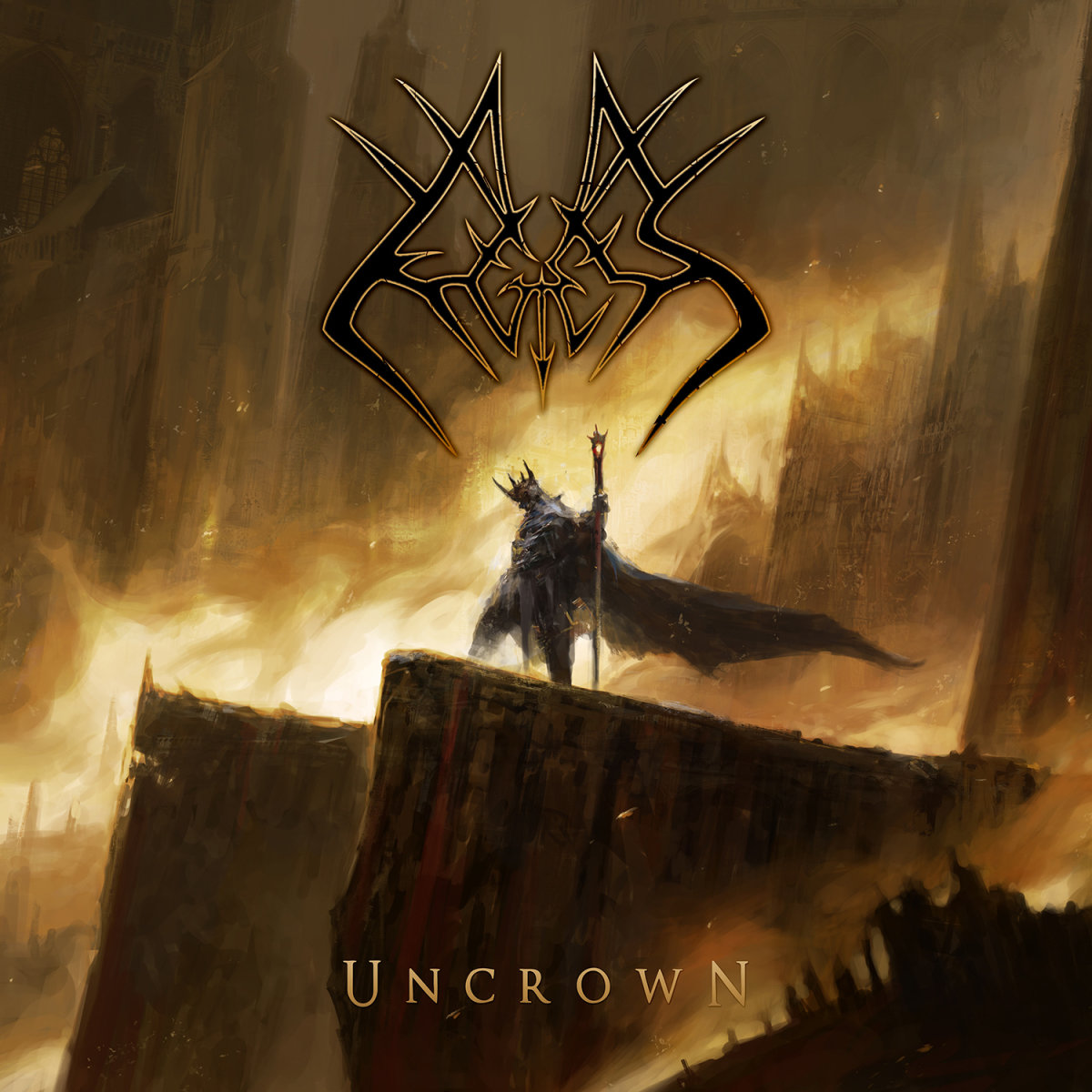 Ages is a name which represents a timelessness, and an unwavering reminder of perpetuity. And it gives us a sense of awe before the endlessness and vastness of all things that are. Regardless of humanity’s failures, accomplishments, atrocities or triumphs; time, progress, and existence will endure. It felt like the perfect representation of our music and message and conveys a symbolism that resonates with us. I would probably describe the title ‘Uncrown’ as an allegorization of the downfall and ruin of faith and religious doctrine. The lyrics for the song advocates the liberation of the mind and recounts how faith is the great inhibitor of human progress. This is also in line with the general message and lyrical themes of Ages as a whole.

We move in the musical landscapes of melodic atmospheric Black Metal. Mostly reminiscent of 90’s Swedish Black Metal in the same vein. I believe our primary vision for ‘Uncrown’ was the same as on our first album ‘The Malefic Miasma’. Perhaps we veered into a slightly different musical direction on ‘Uncrown’ based on personal preferences and change of inspiration from the release of ‘The Malefic Miasma’ to today. ‘Uncrown’ was created over the course of five years, so it is only logical that we wouldn’t write two identical albums.

We classify Ages as Black Metal much more so than Death Metal, but genre disputes are generally fruitless. Black and Death Metal have many elements in common, and could easily be conflated. There are naturally also many artists who cross-breed these two genres. But as for Ages, our aim is to keep ourselves mostly within the defining factors of Black Metal. Our philosophy is also somewhat in line with what Black Metal has represented, traditionally. However, since we are anti-theistic and reject all religious doctrine (among other things) in our lyrical approach, we are somewhat unconventional compared to the more traditional messages and lyrical content found in Black Metal.

The common thread throughout most of our lyrics is disdain and aversion towards organized religion, blind faith, oppression of free will and thought, anti-intellectualism, and superstition. Far too many people in this day and age are still enslaved by fictional dogma and authoritarian global sects, and it is imperative that we all confront and combat these archaic systems of both mental and physical oppression for the sake of our collective future. Our lyrics are fairly coherent and down to earth in terms of lyrical topics, albeit often written metaphorically and thinly veiled in symbolism.

I only have two main associations when hearing the term “Dark Arts”. Firstly, a superstitious belief in the existence of some sort of dark magic or similar nonsense. And secondly, something more tangible and reasonable; artwork created with a darker, sombre and grim visual approach, often with fantastical or imaginary concepts. Something which I enjoy and appreciate, being a fan of art, literature, and other forms of entertainment within this category.

We searched for quite some time to find an artist that could visually represent our music the way we envisioned. When we stumbled upon the artwork of Chris Cold, we were immediately floored. His stunning art style was just what we had been looking for. His works contained just enough gritty gloom and dark solemnity. So we contacted him and provided our concept ideas and lyrical content for ‘Uncrown’. After a few rough sketches, we settled for the final concept. We were looking for a foreboding sense of desolation, defeat and ruin. Hence, Chris Cold’s scowling crowned figure, solitarily beholding a landscape of burning and ruined cathedrals superbly outline both the title song and the album as a whole. It could very well be interpreted as a representation of the fall of a tyrannical theistic era, and the utter demise of its empire.www.facebook.com/Ages.Sweden