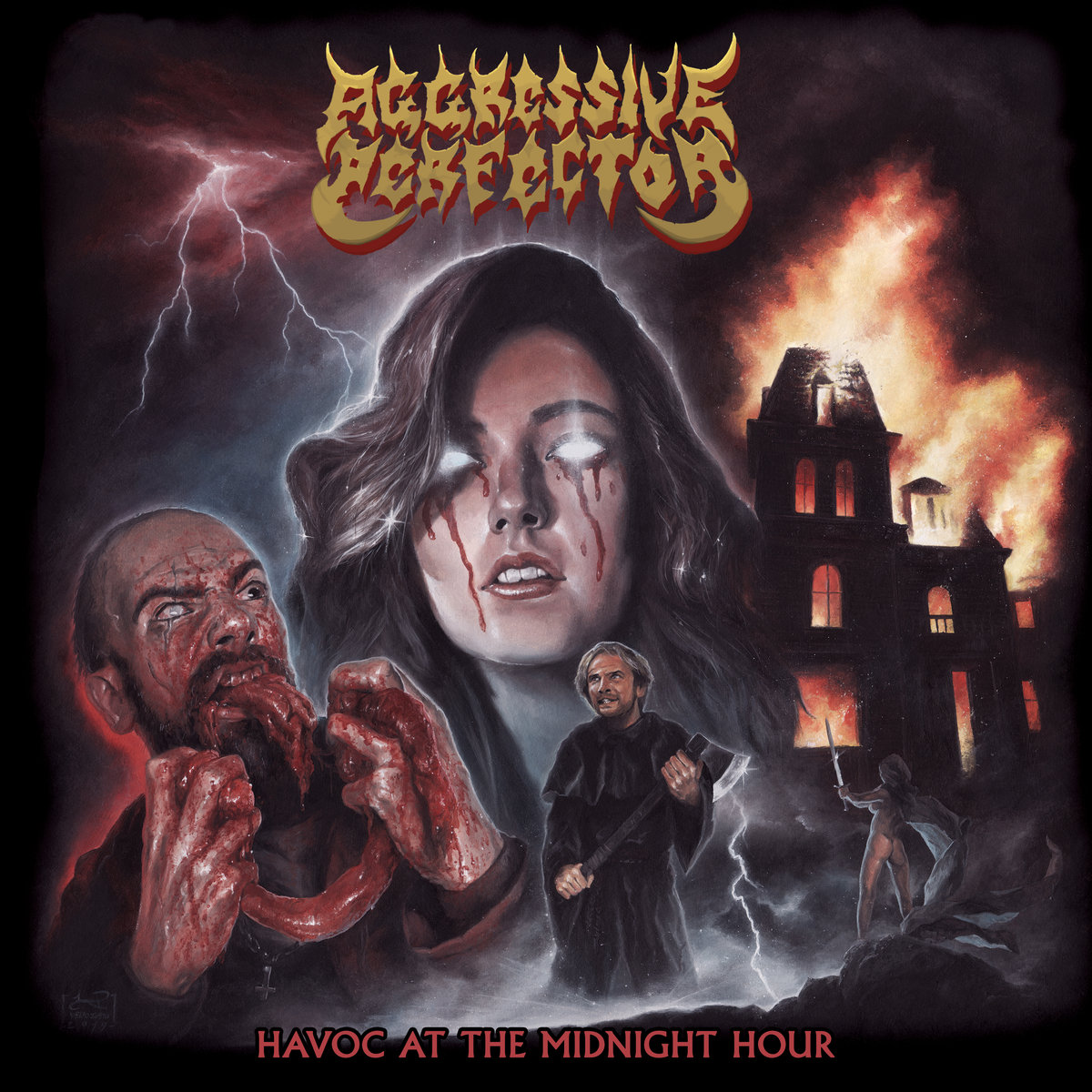 Havoc at the Midnight Hour By D. Shaw

With one eye on heavy metal’s heritage and the other looking ahead to the impending Armageddon, Aggressive Perfector is classic heavy metal played with fire and fury that cuts deep in our fearful times. Released in 2016, their 4 track tape ‘Satan’s Heavy Metal’ established the band as a force in underground heavy metal, attracting praise for its sanity-destroying take on true heavy metal darkness. With a fearsome reputation on the UK and European live circuit, Aggressive Perfector are set to wreak devastation worldwide on the release of their debut album Havoc at the midnight hour

The origins of Aggressive Perfector go back to 2013 and an unknown black metal outfit I was doing called Under the Horns. Tim ended up joining on the second guitar, but not much happened with that band other than a demo and about 5 gigs. As that faded out me and Tim started jamming more and writing songs and with the addition of Mike on bass, it became Aggressive Perfector. Satans Heavy Metal was summoned from the catacombs in late summer 2015.

I would describe the new album ‘Havoc at the Midnight’ as a manic heavy metal attack with a fistful of punk fury. It’s raging and fast in parts but less speed metal oriented than the predecessor ‘Satan’s Heavy Metal’. There’s a solid doom metal influence going on along with some trad metal sounds and we’ve brought in some keyboards and synthesizers too, which add to the horror atmosphere.

There are various themes throughout the album: violence, alienation, the occult and post-apocalyptic nightmares. There are a few nasty characters who rear their ugly heads, in particular in songs such as Vengeful One, Devil’s Bastard and Turbo Evil.  Sometimes lyrics portray a misfit, an outsider, cast out by a conformist society that doesn’t welcome them. Vengeful One tells the story of a moral, righteous establishment coming face to face with the beast they despise and meeting a savage end. It’s 70s Italian horror and revenge sleaze to the core.www.facebook.com/AggressivePerfectorBand