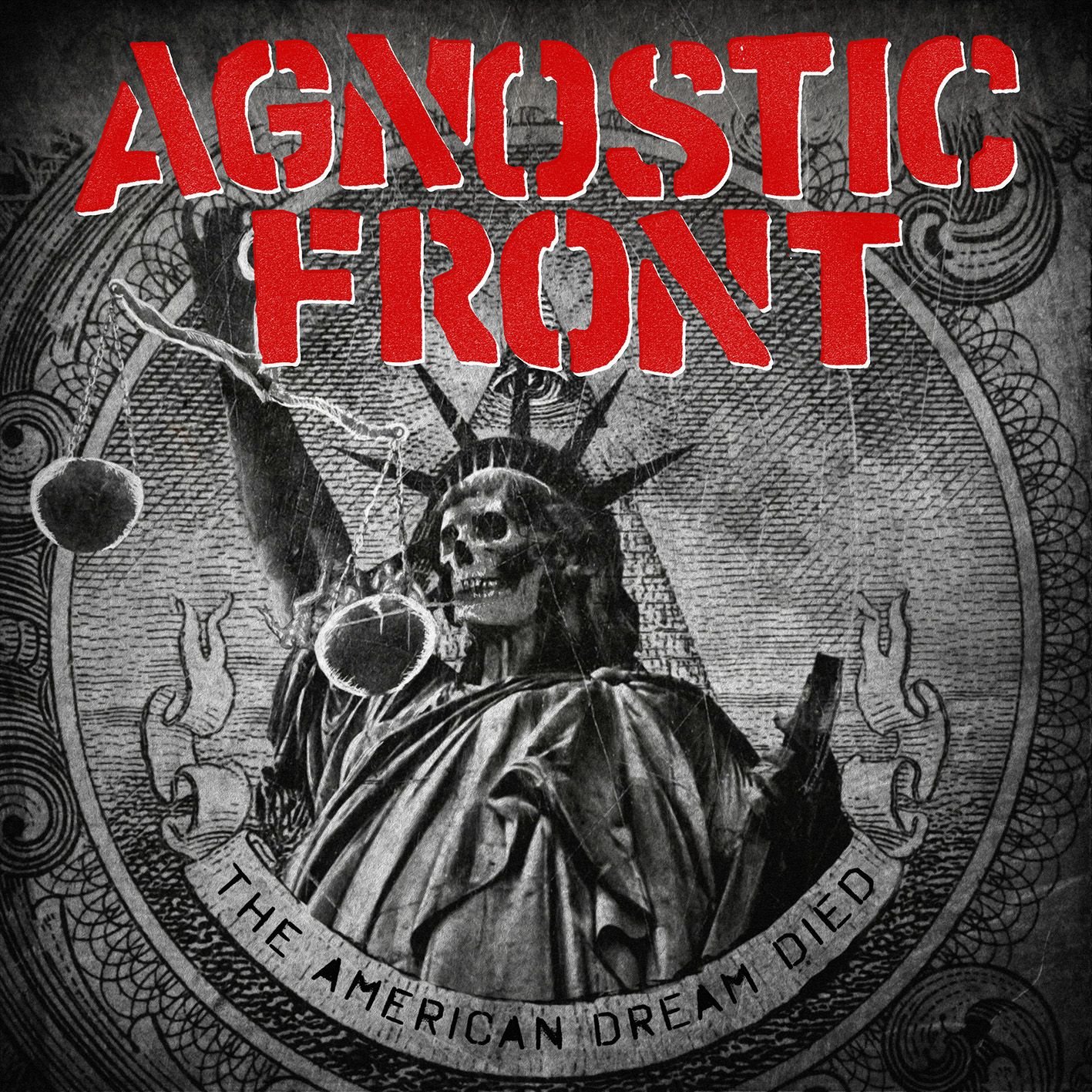 Back to the front

For over three decades Agnostic Front has been the kings of hardcore and amongst the originators of the legendary New aYork hardcore scene. Through the years they have always remained true to their punk-hardcore roots, heritage and their trademarks blend of punk and metal. With an extensive catalogue of 11 albums all bursting with aggression and raw power, they are unstoppable. Their latest studio album ‘The American Dream Died’ (Nuclear Blast, 2016) is the proof that they are going full force and they are stronger than ever. We had a chat with legendary guitarist and founding member Vinnie Stigma and drummer Pokey Mo to find out how it all started and what the future of Agnostic Front is going to be.

HMA: How was for you to grow up in the New York hardcore scene?

Pokey Mo: We were young.

Pokey Mo: It was all new back then.

HMA: How do you stay true to the band essence considering the various changes in members through the years?

Vinnie Stigma: Brotherhood and family, for us it’s all a family thing. You know, so, It’s a real brotherhood. It’s a lifestyle, we live it. The world might change, the landscape might change, but we remain the same.

HMA: In the years your sound has evolved from being less dirty and more melodic and then too aggressive again, is it a conscious effort to change or an ongoing organic process?

Vinnie Stigma: We evolved, things change, the studio changes and things happen. Everything changes, even your guitars changes. So I can’t get that same amp that I recorded out of, the same microphone, the same distortion box. So, it happens. They don’t make these boxes no more. They don’t make the same amplifications no more, so it sounds a little different so you got to adopt a little bit. My guitars change. People give me Art Series guitar. I have my own guitar now and a lot of guitar companies give me guitars, like ESP, Art Series, so I play their guitars, because, you know, they endorse me, so I gotta do it, I’m loyal to my endorsements.

HMA: How did you get into punk, metal and hardcore?

Vinnie Stigma: Well, I was a musician before punk and I grew up around the corner from CBGBs, so I used to hang out there with my older cousin. Before it was CBGBs, it was Hilly’s on the Bowery and I was always a musician, so I just-And I see somebody on stage playing something.  I’d say to myself, “I can do it better, I can do it louder, I can do it faster and I can do it meaner.” And I got up there one day, like a young man, you know, not like a young kid and I started doing it.

HMA: Looking back to Agnostic Front’s career which would you say has been an iconic moment for yourself and for the band?

Vinnie Stigma: I guess during the ‘87 period, the Axis Kansas City, maybe in Axis Kansas City.  I started playing, I started becoming, you know, hanging around with the Dead Boys, the Johnny Dundee and Frankie Caraway, Jimmy Stigma, all the names, Helen Wheels, you know. We all became friends and that’s when, I think, it took off for me, musically.

HMA: What’s next after the Persistence Tour?

Vinnie Stigma: We’ll be writing a new album a couple of months from now, we have some material already on the back burner. We got the June, July, we’re here in the festivals. Like a full force! We are doing Waken and then in November, we’re in Russia. March, we’re in-We’re on the West Coast, Southwest Texas, California, Florida, stuff like that. So, we’re pretty busy until the end of the year. At the end of the year, we’ll probably write a record, the record.