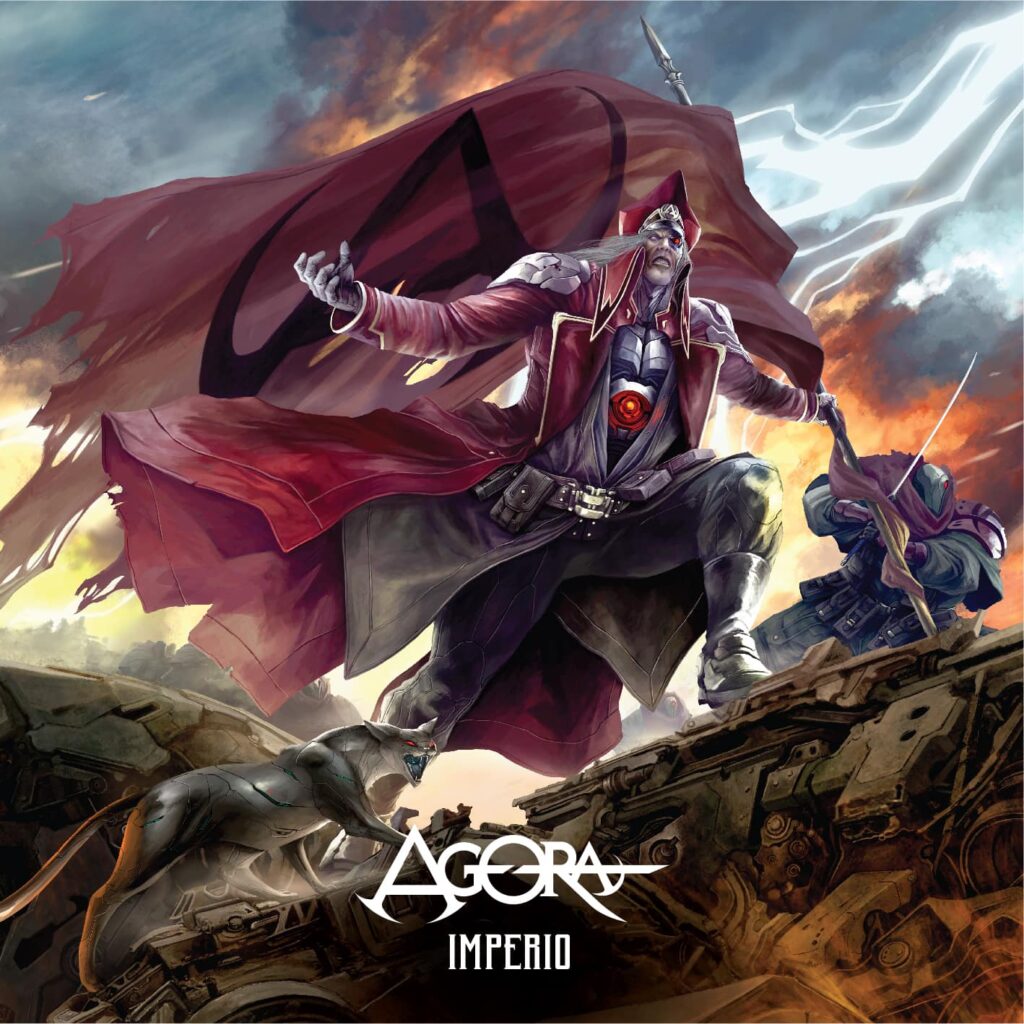 2020 is the year where they release their 5 studio album ‘Imperio’, is loaded with 11 tracks consisting of new textures, harmonies and instruments such as the eight- and seven-string guitars, fretless basses, drums with very different beats, tunings and frequencies, along with Eduardo Contreras’ voice that acts as a catalyst and the central axis. All of this converges and results in new, powerful, fresh and innovative themes within the distinctive style that the band has achieved.

Agora means to our union of ideas. It is an ancient Greek word that was used to name a place where people share their ideas and are heard, so the name means a “place” where all of our ideas count and take form in a song, lyric, cover art, show, concept, video, etc.

‘Imperio’ is an album that we consider warlike because of the themes we play in the songs. We have not made a thematic album, but there is always an axis that carries several songs, in this case, we take the theme to a positive and self-empower side, the first theme we did for the album was the one that shares the title Imperio, we took a lot of inspiration for the other lyrics. Imperio (the song) is a call to all the minorities or people who feel left out to make their own tribe, their army, their Empire; it’s time to change course and take control of things.

We play progressive metal as a flag cause it let us explore several types of music, rock and metal such as heavy metal, speed and maybe hints of thrash you may find there even a ballad. As an inspiration, everyone in the band has his own, but there are some in common like Metallica, Dream Theater and Queensrÿche. For this album, we listen to a lot of bands like Lamb of God. Progressive metal is the sub-genre that we have liked for a long time, and it gives us the freedom to explore many musical styles. Maybe the philosophy is to try everything you haven’t done.

We like to give soul to the song and lyrics, we always write about things we have something to say, things we care, and subjects we are interested in. In this album, we wrote a song for the last rhino and another about impossible love, one about the samurai code and other about men kind escaping to the web or virtual reality.

This album has the darkest art of all of our works, maybe followed by our acoustic one. We don’t do much of a dark art covers, but this time that was the theme cause its the heaviest album we ever did.www.facebook.com/agorametal