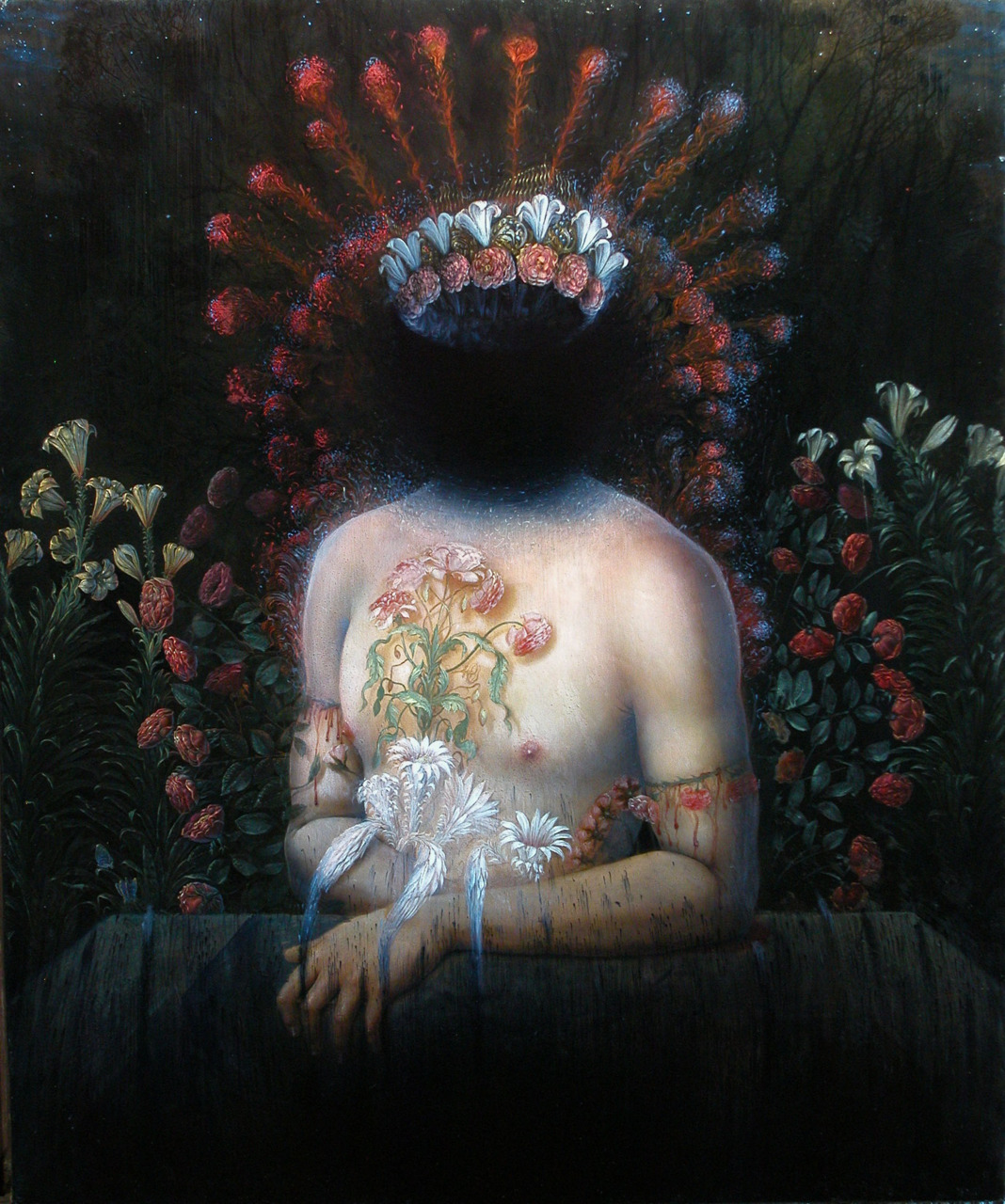 Agostino Arrivabene from Rivolta d’Adda, Italy. Graduated at the Accademia di Brera in 1991, he dedicates himself to the study of past masters such as Leonardo, Dürer and Van Eyck, maturing a surrealistic and visionary style. He participated in the exhibitions of the Sunnis Surrealism: from De Chirico to Foppiani (Piacenza, 2002) and Visionaries, primitive, eccentric: from Alberto Martini to Licini, Liguabue, Ontani (Potenza, 2005). He took part in the Michetti Prize in 2006 and in 2013, the year he was among the three winners. He also exhibited at the Venice Biennale in 2011, presented by Pierluigi Pizzi.

Order Arte Divina from the link below
https://heavymusicartwork.bigcartel.com/product/arte-divina