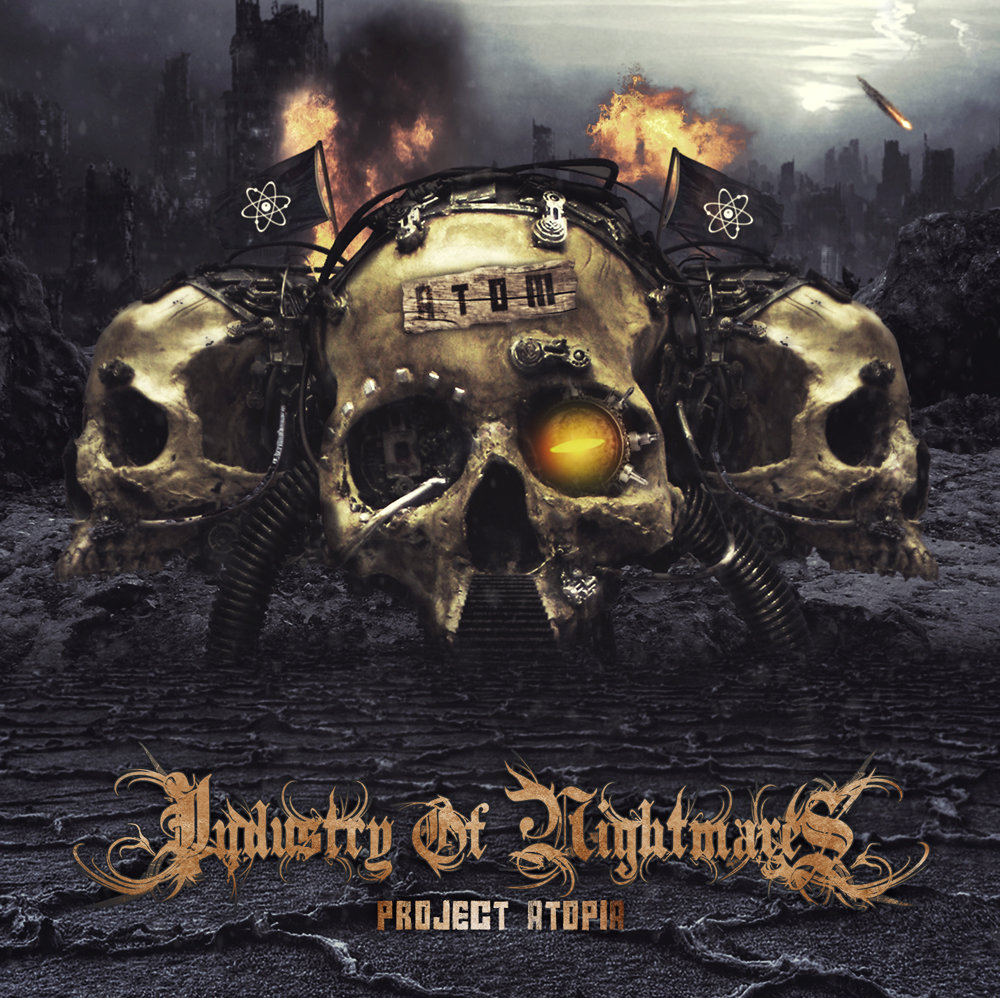 Death to me means stagnation, the death of imagination

Born in Athens, Greece and also known as the lead guitarist of the dark metal band W.E.B. Even though my childhood had nothing to do with the visual arts, I think that everything started at that point in time. I was not the kid who drew well and my art class grades were not the best. I felt like I was the black sheep of my art classes. The basic impetus to create art, and in extension to be a graphic designer today, came from my inborn tendency to dream, since I was a kid, I would create my own worlds in my mind and get lost in there. Reality seemed boring to me and my fantasy was the only way to escape. Don’t get me wrong, I had an amazing childhood, but I started painting reality with my own colors, which were brighter and bolder. The same mindset is still there, I still live in my own world and I paint my life with my own colors. I never compromised with reality and the monotonous way of life, the routine if you will with which many people are living with nowadays. I take creativity very seriously and death to me means stagnation, the death of imagination.

Three factors played an important role in my childhood that shaped my artistic consciousness: Music, computers and horror movies. My parents also played a very important part because of their alternative and out of the box perspective on things.

When I first listened to metal music my entire life changed. I felt like I discovered a new world, I unlocked new emotions that I didn’t even know existed. It was an amazing experience. After a while I started taking guitar lessons and few years later I formed my first band. This was the time when I started dreaming and aspiring to tour and play live shows.

My adolescence was a continuous battle between my two passions, music and computers. When I say “battle”, I mean it time-wise. When you want to learn or do something right, you ought to devote a all of your time to it. So I spent half of my teenage years learning new programming languages and programming various programs and the other half composing music, writing lyrics and playing guitar. On the one side I had a totally rational way of thinking and on the other I felt free from any “law” of logic, which restrained me, two opposites that came together in the end.

Occasionally I would experiment with Photoshop and I would read tutorials on the Internet about how to create various elements like fire and clouds etc. It seemed to me kind of hard in the start and I didn’t feel like expanding my knowledge on its functions at the time. Things like levels, curves and blending modes seemed like nuclear physics to me.

The birth of ‘Digital Grief’

Eventually I decided to study network and computer engineering and after graduation I studied music technology. At the same time I was working as a freelance web designer & developer designing and coding websites for various clients, who had nothing to do with the music industry.

MySpace was at its highest peek at that time and I used to have a personal profile and one for my band. MySpace was cool because it would give you the option to customize your profile as you liked, you could style almost every part of the default design. Some bands had really cool designed profiles and I wanted to do the same, since I already had the knowledge, I thought why not?  I was very impressed by the fact that you could differentiate yourself from others and that made me want to start designing and coding MySpace layouts. I started with my own profile and my band’s and I got  very positive feedback from people and given the fact that I was already connected to the local metal scene I started designing other bands’ profiles as well.

I expanded and decided to start my own creative studio under the name “Digital Grief” providing services for bands such as websites, MySpace layouts, artworks and logos. The truth is that I wasn’t that good but I was all about learning and improving myself at the highest level nonetheless.

For a long time I isolated myself from the outside world, and I dedicated everyday to improving myself at Photoshop and photo manipulation techniques. Up until today I never stop learning new things and that’s the point in what I do. Life is a continuous evolution and I’m really glad that I’m at a point where bands around the world come to me and ask for me to do what I love to do.

Visual arts and music are two different things but they can be connected in a very interesting way. Visual art is essentially the embodiment of music in something feasible, and it can give you a good idea, and set the mood, if it’s done correctly.  And it can work as a visual companion and visual stimulus for the music you are about to listen to.

I remember when I started listening to metal, the first CDs I bought were totally random, nobody ever told me what to listen to  and so I would get in the record store and pick the CDs with the greatest covers.

Art without symbolism is soulless and meaningless, symbolism is what levers creation. My artworks already have plenty of symbolism and allegoric meanings behind them. In my art you’ll find symbolism from the Thelemic mysticism and religious symbolism like the fall of men and angels from grace. The dark and transcendental side of things always intrigued me and it’s something that I will keep projecting through my art because this is what express me.