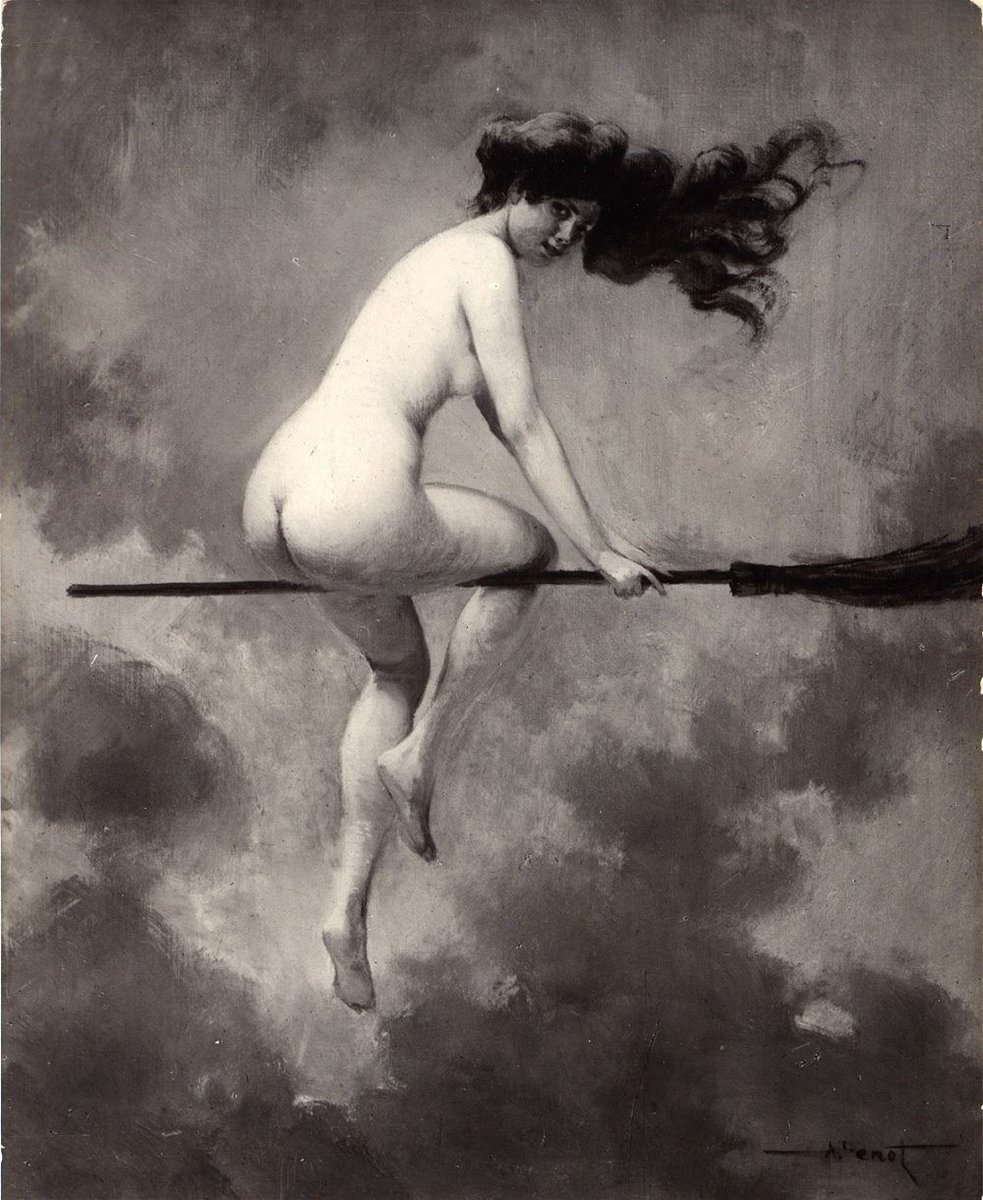 Albert Joseph Pénot (1862–1930) was a French painter known for female nudes. Today, he is more popularly and specifically recognized for a subset of paintings centring on women of darker, more macabre themes. Pénot was concerned first and foremost with anatomically accurate portrayals of women. Singular female forms were the implicit focus of his work, whereas the worlds surrounding his characters are seldom realized beyond misty atmospheres and patches of shadow and light. Environments are incidental and are typically shrouded in haze, giving the figures themselves explicit priority. However, Pénot was more versatile in his artistry, and was not confined exclusively to female nudes: church figures were another of his subjects, in addition to occasional compositions depicting scenes of men and women from high society in narratives framed by more conventional settings.