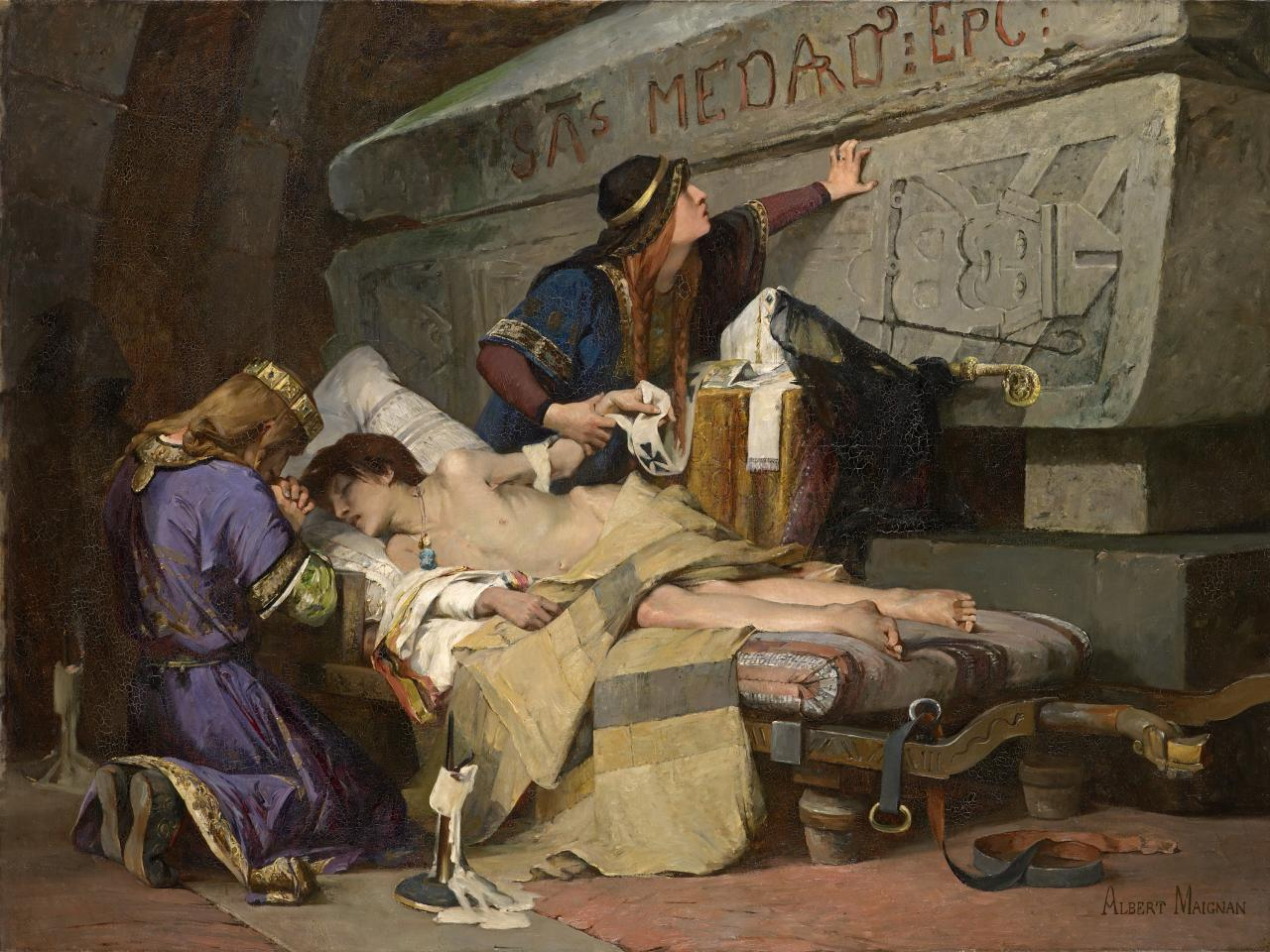 Albert Pierre René Maignan (Beaumont-sur-Sarthe, 14 October 1845 – Saint-Prix, 29 September 1908) was a French painter and historical illustrator. Most of his work was devoted to historical subjects, but he also painted portraits. In 1864, at the age of 19, Maignan left his home to study law in Paris, where he graduated in 1866. During his studies, he devoted himself to his first love, painting. In 1867 his work was accepted by the Salon of French Artists, where he exhibited regularly throughout his life. In 1869, he entered the studio of Évariste Vital Luminais. He received a gold medal at the Exposition Universelle (1889) and the Legion of Honor in 1895. He participated with other artists in the decoration of the Opera-Comique in Paris in 1898.