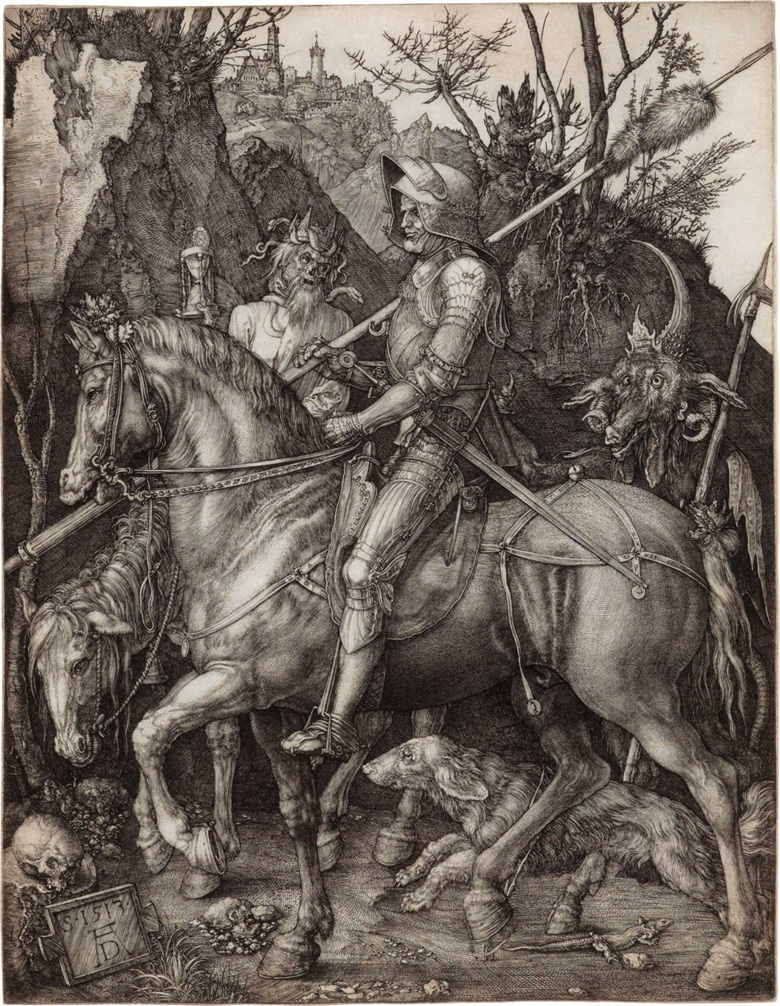 The National Gallery has acquired its first oil painting by Albrecht Durer. It is the only example by the 15th-century German artist to be found in any British museum. By Andrew Graham-Dixon. Almost unnoticed, Neil MacGregor, director of the National Gallery, has been determinedly pursuing an unfashionable but enlightened acquisitions policy. He has been buying Northern European pictures. To be more specific, he has been buying German pictures. In fact, not since the days of Prince Albert has anyone in Britain been prepared to adopt a pro-German cultural policy with such undisguised enthusiasm.

Since 1987, the National Gallery has acquired the following works of Germanic origin: Winter Landscape, by the Romantic artist Caspar David Friedrich; Portrait of Alexander Mornauer, a splendidly craggy and direct masterpiece of 15th-century German portraiture by the anonymous painter known only as the Master of the Mornauer Portrait; Lucas Cranach the Elder’s Portraits of Johann the Steadfast and Johann Friedrich the Magnanimous; Abraham and Isaac, by the German Nazarene, Johann Heinrich Ferdinand Oliver; Wolf Huber’s marvellous painting of despair and compassion, Christ Taking Leave of His Mother, circa 1520 (this touching relic of the highly emotional piety that swept across Europe in the late 15th and early 16th centuries has now been restored and is on display in Room 1); and, greatest of all by some distance, Hans Holbein’s incomparable Lady with a Squirrel and a Starling.

This is an impressive roll-call. As a result, the shape of the National Gallery’s collection has been sig-nificantly altered. Some of the many distortions wrought upon our sense of art history by two world wars and the rise of National Socialism are being quietly but firmly corrected. When we are ready, once again, to re-member the Teutonic contribution to European painting (and, indeed, European culture as a whole) this will surely be reckoned a remarkable achievement – and all the more remarkable in the light of MacGregor’s latest acquisition.

Five hundred years after he painted it, the National Gallery has bought Albrecht Durer’s St Jerome in the Wilderness. The last remaining oil painting by Durer in private hands, it recently became the first by him to enter any British museum. Now on display in the Sainsbury Wing, this minute but brilliant Renaissance masterpiece is yet another remarkable Germanic addition to the British national collections.

We encounter the penitent saint, on his knees, before the peeling stump of a silver birch upon which stands a tiny statuette of Christ on the cross. Scholar, visionary and hermit, Jerome has spent the night beating his breast with the stone which he still clutches in his left hand. With his other hand he supports a copy of the Bible, presumably in his own Latin translation, open at a page which we cannot see. The saint’s expression is one of faraway solemnity. Might he have been reading from the Book of Revelation? Could he be imagining, here in lofty, world-disdaining solitude, the sound of the Last Trump? “The first angel sounded, and there followed hail and fire mingled with blood . . . And the second sounded, and as it were a great mountain burning with fire was cast into the sea.”

A few years before he painted St Jerome in the Wilderness, Durer had left his native Nuremberg, crossed the Brenner Pass and travelled into northern Italy. He stayed some time in Venice. Memories of that journey may have played a part in the making of the world we see in the picture (which is thought to have been un-dertaken shortly after the artist’s return from his Italian journey). The landscape seems, as perhaps Durer felt himself to be when he painted it, divided between North and South. It is half Germanic and half Italianate. Self-evidently Bavarian forest infringes upon a dry and golden Italian landscape, which has been realised with an unusual and extremely beautiful combination of airy, atmospheric breadth and linear minuteness.

The flower of the field, the tidy butterfly, the finch dipping its beak into the stream and the crystalline outcrop of rock have all been depicted with precise, linear certainty. But gaze out beyond the middle distance and a quite different style of depiction takes over, attentive only to the minutiae of air and light. On the horizon, looking past a leafless tree with limbs as fine as the strands of a spider’s web, we see snow-capped mountains, blued and softened by distance. These were surely, for Durer, the blue remembered hills of Venetian art. The mountain range in the painting is a loving tribute to Bellini.

Durer’s sky, suffusing the picture with its pink and orange light, is one of the most delicately painted depictions of aerial phenomena in all Renaissance art. It may be the unsurpassed example, in Durer’s oil painting, of that capacity for fresh and unconventional observation which he brought to art in his time – a dimension of his genius most conspicuous in some extraordinary watercolours after nature. Yet the radiance of the sky that lights up the landscape in the painting is not the product of Renaissance naturalism alone. It is too threatening for that. Durer’s sky is not only realistic, but portentous. It is fiery in its intensity. The clouds which it contains have begun to darken, to billow and thicken to the tarry consistency of smoke. This is a sky tinged with apocalyptic foreboding.

At the end of the 15th century, when St Jerome in the Wilderness was painted, it was common knowledge that the end of the world was nigh. There was sighing and moaning and portents were seen: meteors, comets, skies the colour of blood. “I live, for how long I do not know / I die I know not when / I travel I know not where” went the words to a popular song of the time.

Jerome (circa AD 347-420) was by repute one of the few saints to have been granted a vision of Doomsday in all its fearful detail. He had read of the Fifteen Signs of the Fifteen Days before the apocalypse while researching in the Annales Hebraeorum. According to legend, God had allowed him to see for himself all those terrors. Durer’s devotional panel was doubtless intended to stimulate meditation on such solemn sub-jects, to encourage prayer and repentance. “Blessed is he that readeth, and they that hear the words of this prophecy, and keep those things that are written therein: for the time is at hand.” Look on this and think on it, before it is too late.

Durer’s most notable work, up to the time when he painted the National Gallery’s Saint Jerome, had been that astonishing cumulative masterpiece of eschatological imagining, the Apocalypse suite of engravings. Durer had seen, in his mind’s eye, Christ enthroned in terrible majesty, with the stars in his hand; he had seen the angels of the Euphrates, winged giants with scythe-like swords, harvesting their crop of doomed humanity; he had seen the Four Horsemen of the Apocalypse, swarming across the face the earth, a storm of death. St Jerome in the Wilderness, which is one of the softest and most reflective of all Durer’s works, preaches rec-onciliation to all that.

Jerome had taught that the only true path to salvation lay in a renunciation of all worldly values. That path, which is a hard one, has been metaphorically sketched forth by the artist. It winds across the middle distance: a dry track curving through a terrain of vertiginous steeps and drops. It is not easy, the geography of the picture implies, to attain the saintly state of penitent transcendence (but we must all try). Jerome’s eyes are fixed firmly on some invisible plane of existence outside the picture altogether. He is preoccupied with the visions of the end of the world that have led him to this pass, yet there is also serenity and benevolence in his expression. He is a less than usually intimidating prophet – much less stern, in fact, than his constant companion, the frowning and extremely anthropomorphised lion couchant beside him. The cloak which Jerome wears is the colour of his own sure destiny: a heavenly blue.

Nothing is known about the circumstances that led Durer to paint St Jerome in the Wilderness, although the scale of the work suggests that it was designed for private devotional use. The painting has an extremely (even disconcertingly) intimate quality. Could Durer have painted it for himself, or for a close friend? The subject certainly had great significance for the artist. To judge by the number of depictions of St Jerome in his oeuvre, Durer felt a special affinity for the saint. Elsewhere, the artist more usually depicted St Jerome in his more rational and scholarly aspect – not ragged in the wilderness but at work, developing and exercising his intellectual faculties, like the proto-Renaissance man which many Renaissance men like Durer fancied him to have been. In an engraving of 1514, Saint Jerome in His Study, Durer depicted Jerome as if he were a wealthy Nuremberger, labouring over a book in the cluttered seclusion of a room very much like Durer’s own studio. It is an image that makes the artist’s self-identification with the saint entirely explicit.

Yet in the National Gallery’s painting, Durer shows us the more unruly and altogether less Renaissance Jerome – Jerome the visionary, the dreamer, the apocalyptic mystic. He does so with a degree of sympathy which suggests that he, Durer, was just as drawn to this side of the saint as he was to the other. It is as if, through the image of St Jerome, Durer was able to depict the different and, in some degree, contradictory elements of his own character.

There are also two sides (literally) to St Jerome in the Wilderness. The reverse of the panel on which Durer painted it carries another but almost inchoate image: a dark burst of red in a cloud of white, rendered in a murky sort of sfumato technique, which apparently depicts some obscure, stellar explosion. The most plausible explanation for this puzzling but interestingly violent piece of almost abstract 15th-century painting is that it represents one of Durer’s own, not infrequent, apocalyptic dreams. It is Durer’s most opaque and most highly personal evocation of the Book of Revelation: “And the third angel sounded, and there fell a great star from heaven, burning as it were a lamp.”

Durer clearly felt himself to be – just like Jerome in his mystic aspect – a visionary open to divine messages, omens and auguries. His small masterpiece may be seen, in its extreme, heightened naturalism, as the harbinger of a new “Renaissance” empiricism. But ancient terrors are still lurking behind. The man of reason disguises the shaman within. But until the stars fall from the firmament and the rivers of the world boil, until ultimate annihilation is upon us all, it is to be hoped that St Jerome in the Wilderness will remain on display in Room 63 of the National Gallery.