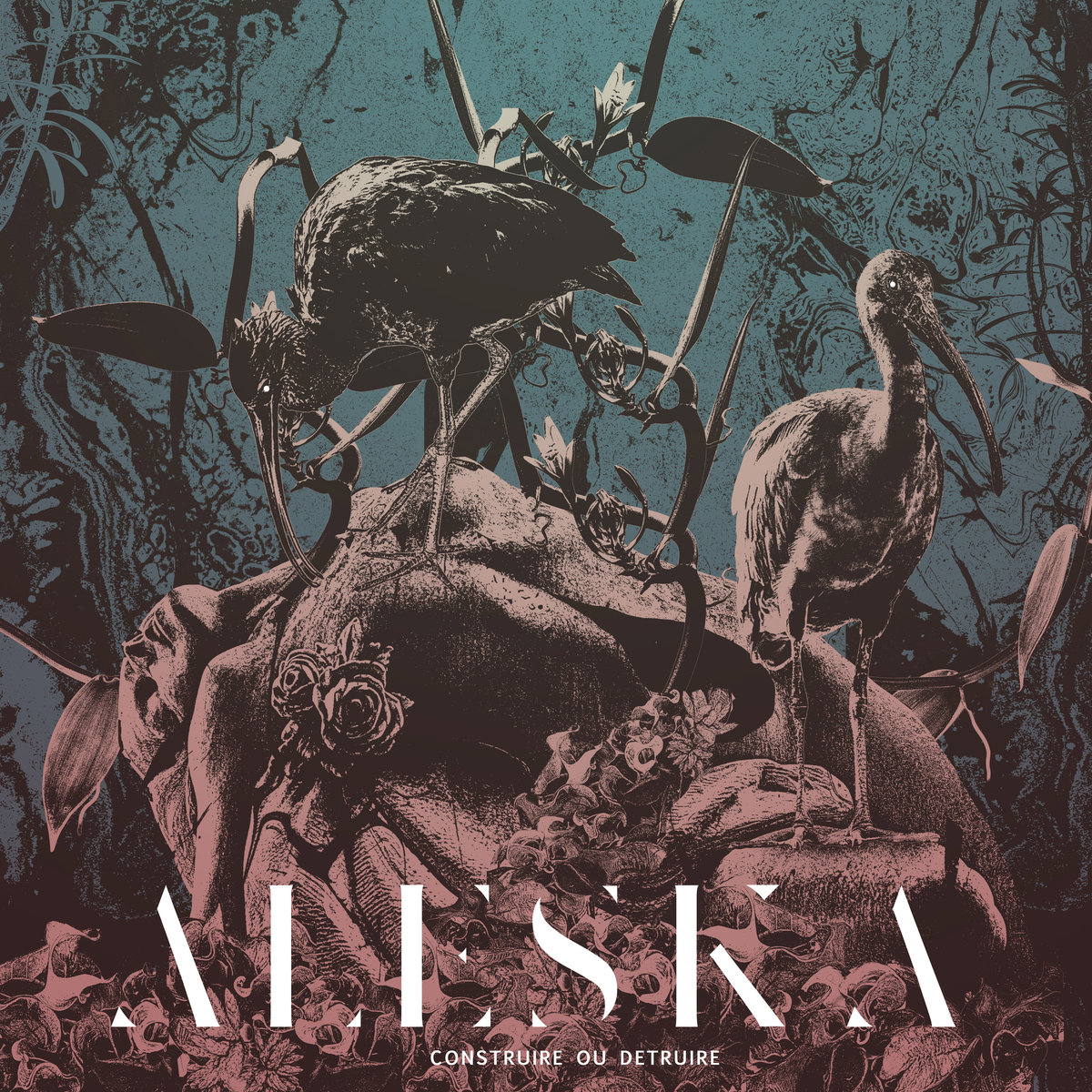 Aleska is a french post-hardcore/screamo band with four members from Shall not Kill, Dead for a Minute, Esteban. Created in 2011 and after several line-up changes, the band gives quickly shows and many productions of EP and split. In 2016, the first LP Aleska is released and offer a new breath with a blend of a lot of influences. This first album will be very well received and will allow the band to establish its identity and to talk about him. Just after that, the band begin to work on his second LP with a goal, an even more accomplished work and a new level for the production. This second album named ‘Construire ou détruire’ is now available and has been recorded and mixed by Nicolas Buono (a member of Aleska) and mastered by Magnus Lindberg (Cult Of Luna).

Aleska was created in 2011 and has known several lineup changes during the first year. We are now four members but we have been up to six with three guitars and one vocalist. We were all friends and great fans of screamo or post-hardcore, and we wanted to do something inspired by music that we loved. After this year, we planned to record the first EP and maybe two or three weeks before to work on the recording, the vocalist and one guitarist left the band. At this time, we had to work hard to be ready for the recording arrangements and vocals, and we decided then to stay with four members to be sure to avoid this kind of problem in the future. And we are now with the same lineup we decided to keep!

We started to work on the latest release maybe three years ago. Influences were still the same but we tried to do something more accomplished than the first LP. This first LP was composed of songs created at different times of the band’s life due to several problems with the production and the recording process. So, for this new LP, the goal was to have something more coherent with better production.

At this point, we were in the summer 2018 and we decided to work with Magnus Lindberg for the mastering process and with Alexandre Goulet for the artworks. At the beginning of 2019, the album was finished and the digital release was fixed for the end of March. To be able to release the vinyl version, we have done crowdfunding with preorders to finance the pressing. This campaign was a successful, so digital version was there at the end of March, and the vinyl version is available since June 8th.

That was for the story of this new album. About the style, we can say that ‘Construire ou détruire’ is a blend of a lot of influences and you can find post-hardcore, screamo, post-rock, math-rock…

There is not really a specific theme or subject in our lyrics. We try to speak about things that we can see in our lives and that affect us. When you read the text, you can understand and interpret them in your own way. Lyrics are written by Adrien and me, and I don’t really know how he works on his parts but for me, I like to think to a picture that I’ve seen or that I imagine and I begin to write. That’s what works better for me!

Alexandre Goulet has already worked on the first album and the brief was the same for this one “listen to the music and just make what it inspired to you”. We just asked him to have something with more colours than the first but it was the only request. And like for the first album, he has done an amazing job. I really appreciate how his artworks are contrasted like we try to do in our music.

I think that we are inspired the most by all the different styles of music we are listening. The only goal that we have is to make music as good as we can and share it with a lot of people. We don’t try to impose a vision or a way of life because everyone is different and everyone is free to think and to live the way he likes!

To me, the only way metal can be dangerous is if you want to be a metal star with your music. It’s a kind of music that can be scary from the outside, but I don’t know if there is another music style which can be as rich and varied than metal music! But now, we live in a world of rap and pop music and for us, in France, everyone is okay with the fact that we are a very sad country for interesting music… To speak about something concrete: Gojira is the biggest French metal band, and look at them now! They are living in the USA and play most of their shows there. If they have stayed in France, they would not be one of the best metal band today.