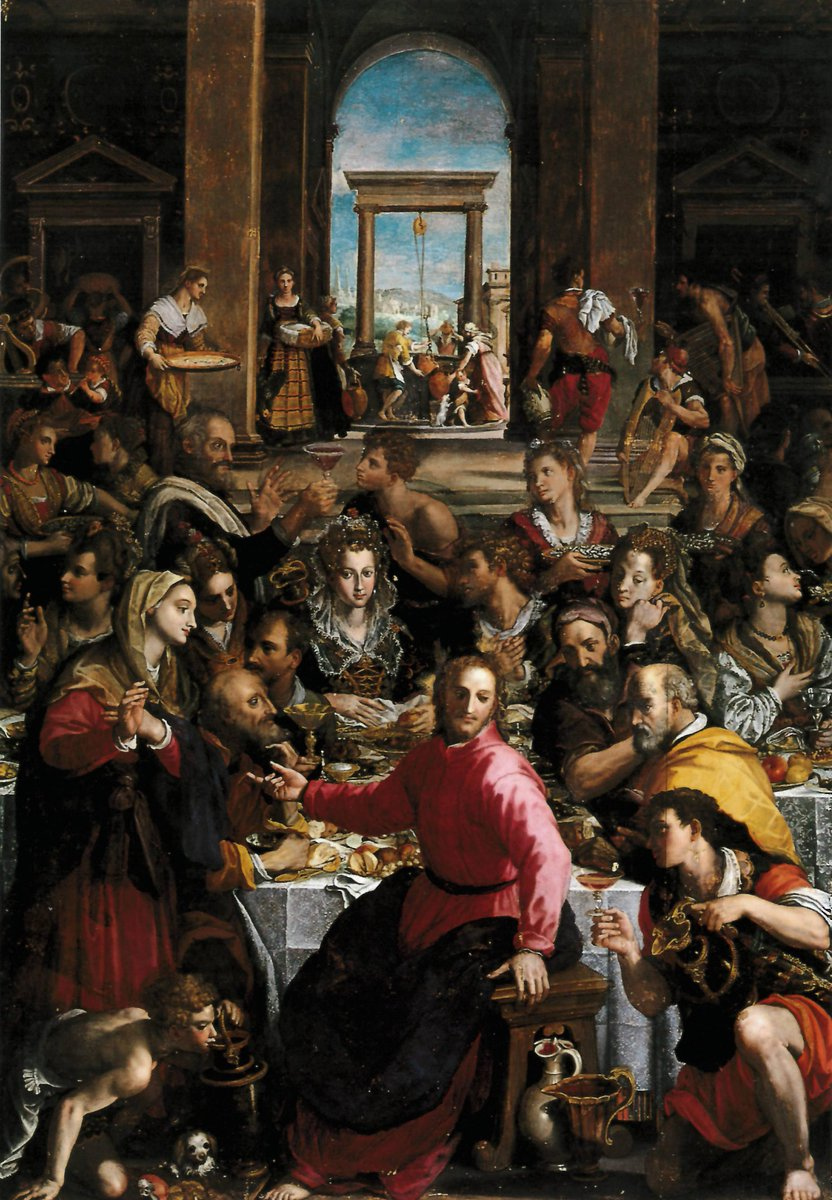 Alessandro di Cristofano di Lorenzo del Bronzino Allori (31 May 1535 – 22 September 1607) was an Italian portrait painter of the late Mannerist Florentine school. Born in Florence, in 1540, after the death of his father, he was brought up and trained in art by a close friend, often referred to as his ‘uncle’, the mannerist painter Agnolo Bronzino, whose name he sometimes assumed in his pictures. In some ways, Allori is the last of the line of prominent Florentine painters, of generally undiluted Tuscan artistic heritage: Andrea del Sarto worked with Fra Bartolomeo (as well as Leonardo da Vinci), Pontormo briefly worked under Andrea, and trained Bronzino, who trained Allori. Subsequent generations in the city would be strongly influenced by the tide of Baroque styles pre-eminent in other parts of Italy.

Freedburg derides Allori as derivative, claiming he illustrates “the ideal of Maniera by which art (and style) are generated out of pre-existing art.” The polish of figures has an unnatural marble-like form as if he aimed for cold statuary. It can be said of late phase mannerist painting in Florence, that the city that had early breathed life into statuary with the works of masters like Donatello and Michelangelo, was still so awed by them that it petrified the poses of figures in painting. While by 1600 the Baroque elsewhere was beginning to give life to painted figures, Florence was painting two-dimensional statues. Furthermore, in general, with the exception of the Contra Maniera (Counter-Mannerism) artists, it dared not stray from high themes or stray into high emotion.

Among his collaborators was Giovanni Maria Butteri and his main pupil was Giovanni Bizzelli. Cristoforo del Altissimo, Cesare Dandini, Aurelio Lomi, John Mosnier, Giovanni Battista Vanni, and Monanni also were his pupils. Allori was one of the artists, working under Vasari, included in the decoration of the Studiolo of Francesco I.