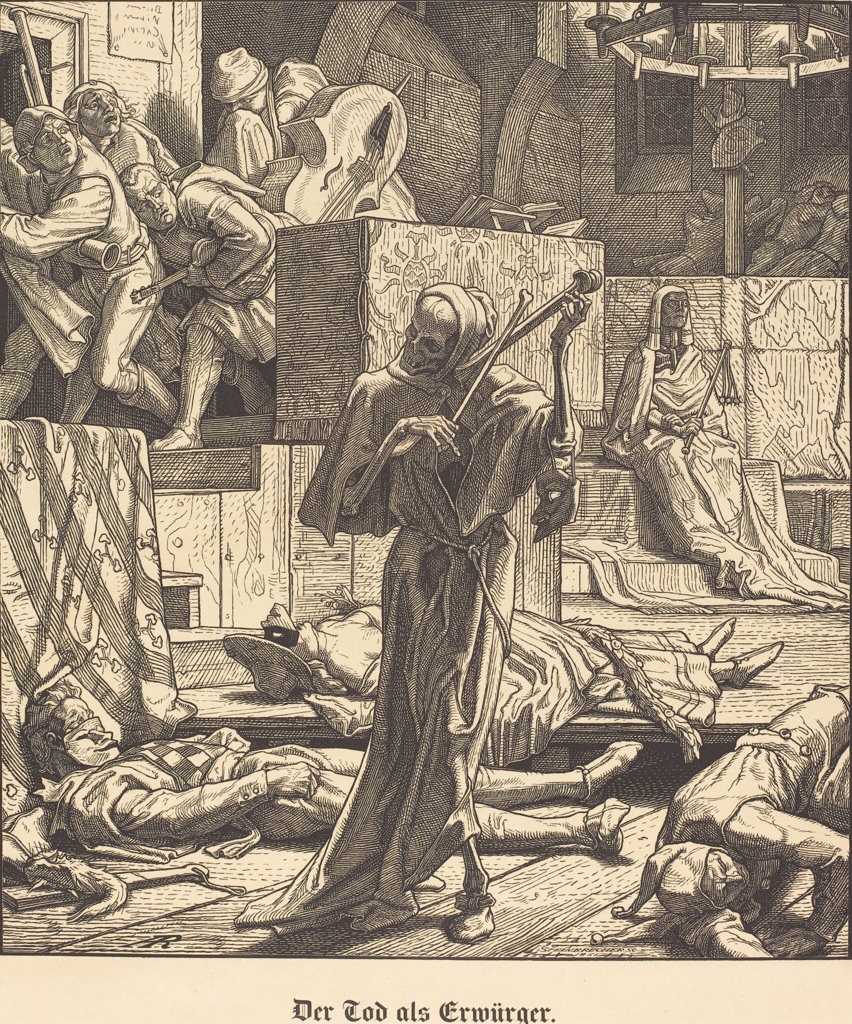 Alfred Rethel (1816 – December 1, 1859) was a German history painter. Rethel was born in Aachen in 1816. He showed an interest in art in his early life, and at the age of thirteen, he executed a drawing which procured his admission to the Academy of Düsseldorf. Here he studied for several years, and produced, among other works, a figure of St Boniface, which attracted much attention.

At the age of twenty, Rethel moved to Frankfurt and was selected to decorate the walls of the imperial hall in the Romer with figures of famous men. At the same period, he produced a series of designs illustrative of Old Testament history. Four years later, Rethel was the successful competitor for the work of ornamenting the restored council house of his native city with frescoes depicting prominent events in the career of Charlemagne, but the execution of this work was delayed for some six years. Meanwhile, Rethel occupied himself with the production of easel pictures and of drawings. In 1842, he began a striking series of designs dealing with the Crossing of the Alps by Hannibal, in which the weird power which animates his later art becomes first apparent.

In 1844 Rethel visited Rome, executing, along with other subjects, an altar-piece for one of the churches of his native land. In 1846, he returned to Aachen, and commenced his Charlemagne frescoes. But mental derangement, attributed, it is believed, to an accident that he suffered in childhood, began to manifest itself. While he hovered between madness and sanity, Rethel produced some of the most striking, individual, and impressive of his works. Strange legends are told of the effect produced by some of his weird subjects. He painted Nemesis pursuing a murderer across a flat stretch of landscape. A slaughtered body lies on the ground, while in front is the assassin speeding away into the darkness, and above an angel of vengeance. The picture, so the story goes, was won in a lottery at Frankfurt by a personage of high rank, who had been guilty of an undiscovered crime, and the contemplation of his prize drove him mad.