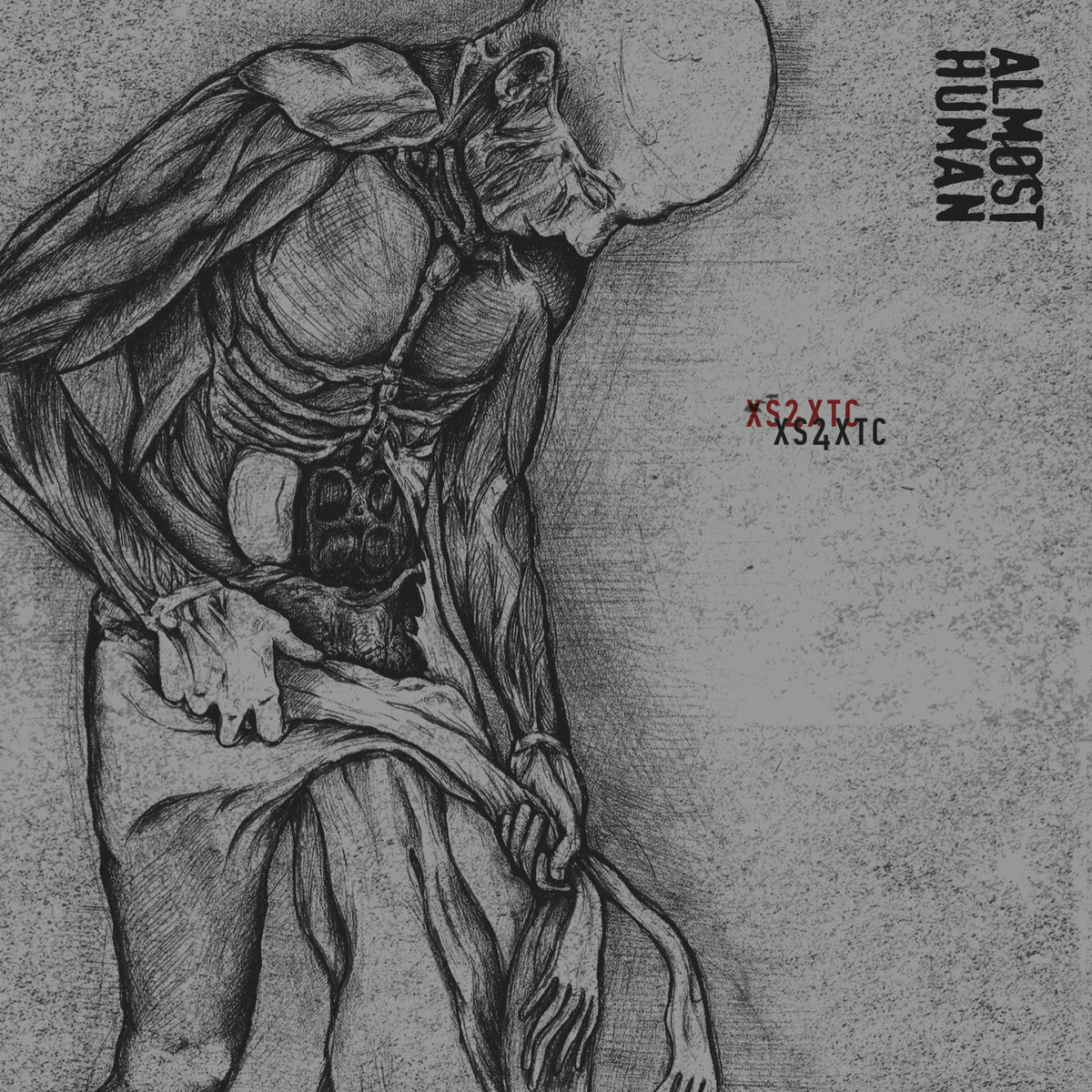 Almøst Human is a Swiss metal band, but it is also a universe and orchestration of the life and death’s cycle which finds an echo even in its own biography. Associating the peculiar technique of extreme metal with the energy of rock music, Almøst Human keeps focusing on melody and emotion at large. Initially raised in the ’90s by Olivier Perdrizat (guitar) & Rosario Fullone (drums), Almøst Human split a few years later before to born again – on the ashes of the previous band – in 2008 when Jan Peyer joined his “new” co-conspirators. Then officially reactivated, Almøst Human, recruited two new members, Chris Matthey (guitar) and Ben Plüss (vocals) with the aim to find its proper musical way.

So their music is constantly evolving between rage and introspection, peace and violence, breaking the “clichés” of the metal cultures to ask themselves about the nature of the human being next to the animal reign. Aﬅer debut and self-produced EP “Ø”, Almøst Human played inside and outside the swiss borders and was part of the Silence Festival in Nepal next to major bands such as Textures. Then they worked with with the team of the “120 secondes” TV comedy show for the national tv, writing and recording some tunes of a parody band called “Black Lion Genocide” with which one they played @ Paléo Festival in 2015. About one year and a half later and the arrival of the new guitarist Gilles Bonzon (Abstract Reason, Buried Skies) – Chris Matthey keeping the hand of the music production of the band – Almøst Human began to record its first full-length album “XS2XTC”, to be released during winter 2018/2019.

Metal, metal, metal … I prefer the opinion of the listeners, their impressions and feelings. It’s always interesting to find out what people relate to our music. With which bands or genres they define it, make it their own. I was sometimes surprised by the references and styles mentioned, but this exchange is rich in lessons. We are always glad to have the opinion and point of view of fans, reviewers, musicians, etc…  to discover excellent bands that I didn’t know until then.

The writing process was quite slow, especially the vocal lines because our singer had health problems, which took a long time to diagnose, but in the end we are very satisfied with the result. Our former guitarist (present on this album) and producer did a wonderful job, the graphic designer Ariane Nicollier (in charge of the design) too.

The thinking behind our texts is as follows: What do we see? The reality or the idea we have of it? Do we talk about things, people, as they are or do we comment on what we see and experience, thus exposing our conditioning?

In our music, there is a close link between the theme addressed in the lyrics, the style of singing and the moment when it appears in a song. A musical passage will determine the choice of lyrics or vice versa. By tackling different themes with the same underlying questioning, we also have greater musical freedom. This implies more curiosity, more research in terms of ambiences, sounds, etc …

I would not speak of fixation, at least, I hope, not in a sense that I would describe as almost pathological. For us, everything can be a source of inspiration as we try to propose a reflection that tries to distance ourselves from our beliefs. It doesn’t matter what our reading grids, our points of view are. We can go from one to the other indefinitely, but as long as we confuse the world with the content of our thoughts, we will be the main architects of our dissatisfaction.