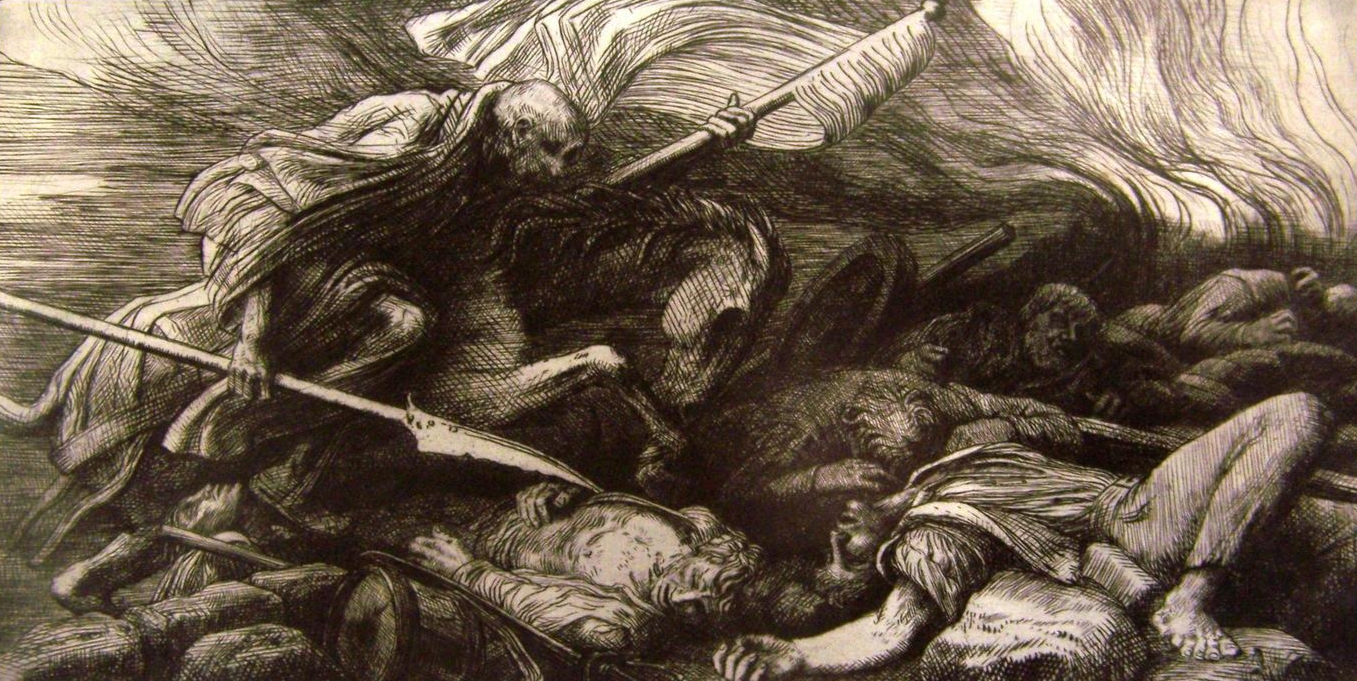 Alphonse Legros (8 May 1837 – 8 December 1911), painter, etcher and sculptor was born in Dijon. His father was an accountant, and came from the neighbouring village of Véronnes. Young Legros frequently visited the farms of his relatives, and the peasants and landscapes of that part of France are the subjects of many of his pictures and etchings. He was sent to the art school at Dijon with a view to qualifying for a trade, and was apprenticed to Maître Nicolardo, house decorator and painter of images. In 1851 Legros left for Paris to take another situation; but passing through Lyon he worked for six months as journeyman wall-painter under the decorator Beuchot, who was painting the chapel of Cardinal Bonald in the cathedral.

In Paris he studied with Cambon, scene-painter and decorator of theatres, an experience which developed a breadth of touch such as Stallfield and Cox picked up in similar circumstances. At this time he attended the drawing-school of Lecoq de Boisbaudran (the “Petite école”) where he found himself in sympathy with Jules Dalou and Auguste Rodin. In 1855 Legros attended the evening classes of the École des Beaux Arts, and perhaps gained there his love of drawing from the antique, some of the results of which may be seen in the Print Room of the British Museum.