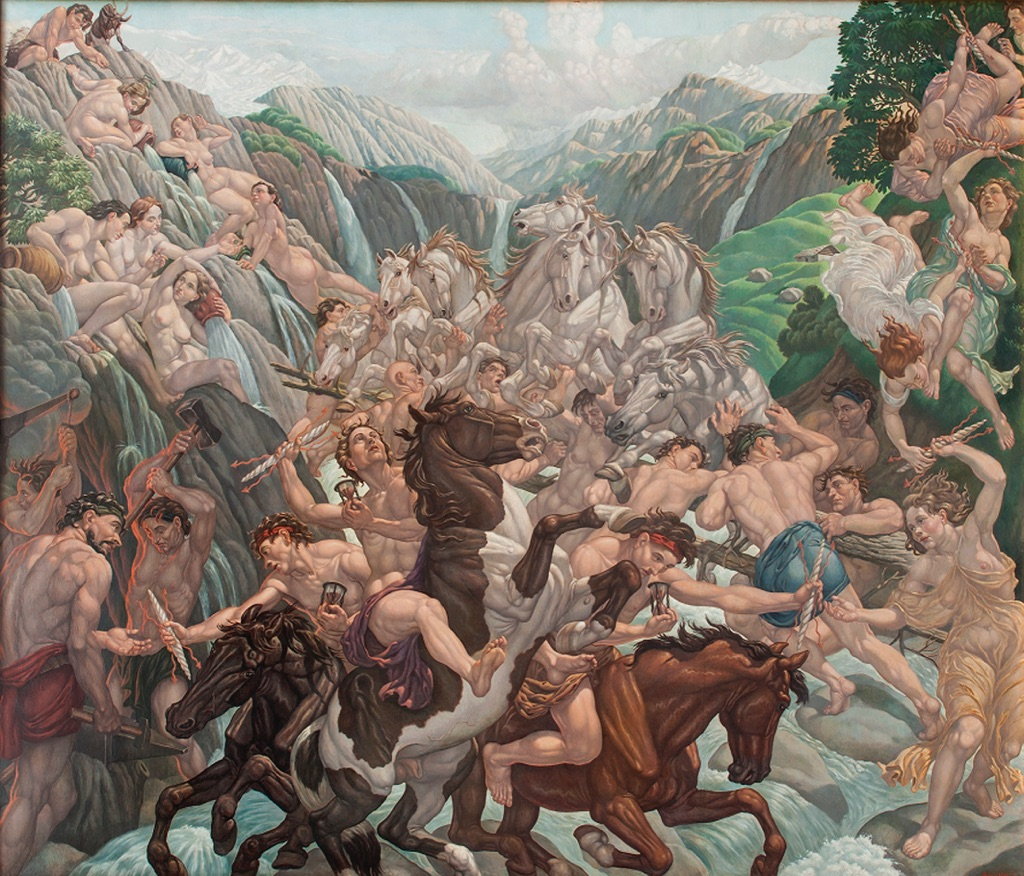 A great artist perhaps not so well known to the general public, who lived in Oppiano, right on the banks of the Taro, at Gaiano, and he has had in his land a great source of inspiration. Famous for the illustration of Dante’s Divine Comedy, consisting of a set of tables of great beauty, but also landscapes where mythical scenes are often reinterpreted in a modern key, such as the beautiful painting on the birth of rubber, works are very specific to one style all its own and out of time.

The teacher was born in Genoa in 1892 by a family of shipowners and seafarers, this legacy that will go in DNA and is expressed in many of his paintings. For the family the young Amos was to become an accountant, but soon the monotony of these studies led him to other experiences, attending evening classes in literature and subsequently enrolled in a course of drawing the nude from life, spent a lot of his time to the port to study the muscles in movement and exercise, a study in Leonardo’s style, which led him to also enroll in a course of medical and surgical anatomy.

The reputation of this artist comes encounter with Francis Zandrino association of journalists in Liguria, with this knowledge, the artist begins to illustrate luxury editions of the works of d’Annunzio, then personally met the poet becoming friends and sharing his residence in Parigicome guest for a few years. Nattini also explained the famous battle of Fornovo 1495, and in his works is always a special study of the nature and reality that is filled with a constant divine presence, giving his paintings an aura of myth.

After knowing the reputation and worked in cities like Milan and Paris, the artist inherits by matera the ancient monastery of Oppiano, where he settled and where he finds the necessary tranquility to live and work in seclusion, away from the clamor of worldliness , the artist was in fact a rather shy and here he found a congenial environment to him: you spend most of his life in isolation and had wanted his painting that, according to the latest fashions and trends at the time, was cut off from the circuits of official criticism. The master died in Parma in 1985.