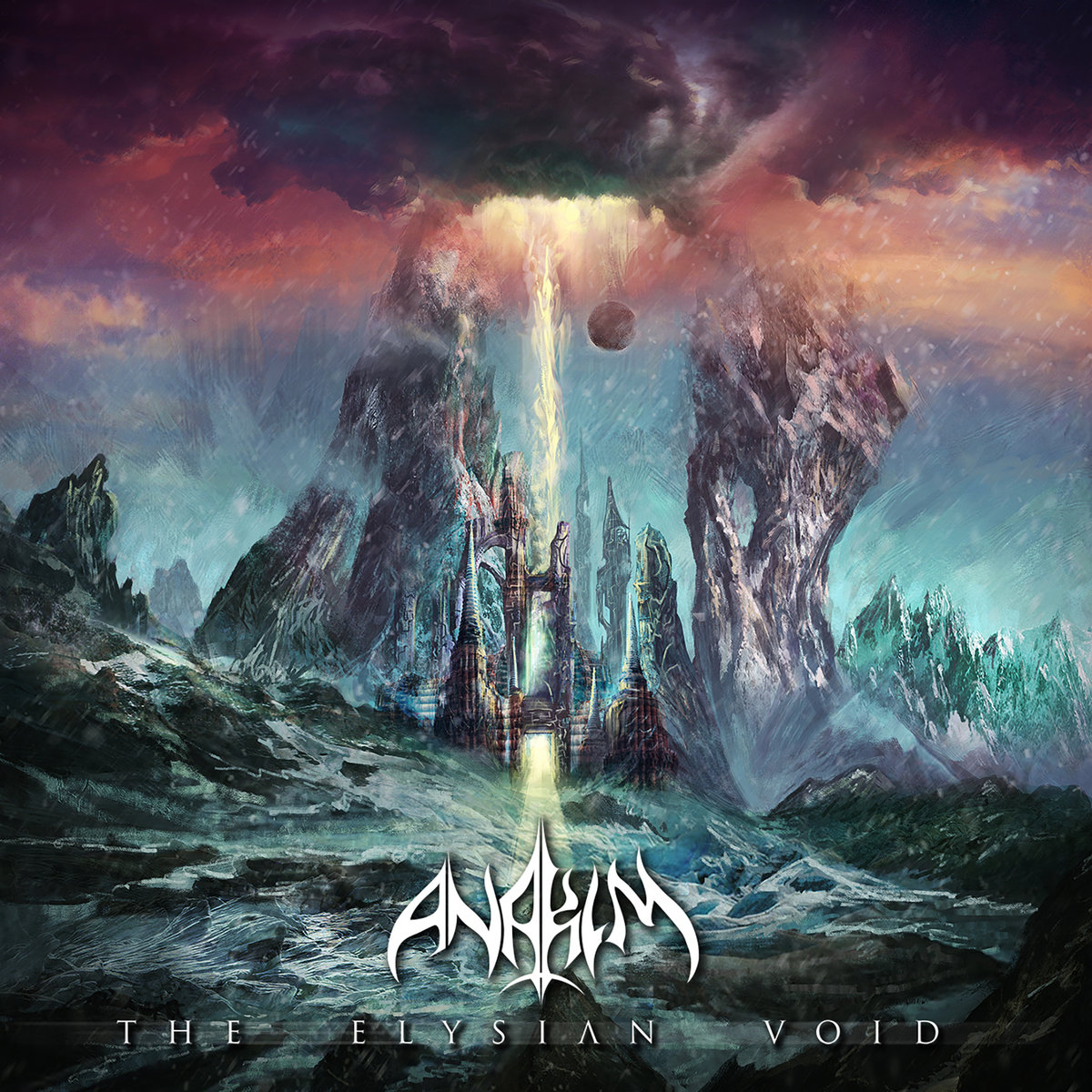 The Elysian Void by Anakim

Hailing from the South of England, the five band members each have over a decade’s experience in the metal scene. Past and present affiliations include; The Drowning, Basement Torture Killings, Bloodshot Dawn, and Imperium, to name just a few. Having just released our second album, ‘The Elysian Void’, on July 30 2021, we are now eager to bring this to audiences across the UK and beyond. The album boasts the band’s best songwriting and most talented performances, drenched in various technical, brutal and catchy riffs, shredding solos, savage vocals, pounding rhythms and soaring melodies. It is the first recording to feature not only vocalist Matt Small. Their extensive skill with low and high vocal styles is a welcome addition to the mix and secondary vocals courtesy of Anthony Ridout. The band have capitalised on these additions by incorporating polyrhythmic duals and double vocals into the album to great effect. ‘The Elysian Void’ is a passionate album that builds on ‘Monuments to Departed Worlds’ foundations. Daring to push into new territory, it refines Anakim’s unique qualities yet clearly rings the band’s overall feel, remaining true to its core sound.

Our music is written by Joe predominantly, but we all have input when we hear the songs and write our parts within the song. With TEV, we have sought to solidify our style and find our sound whilst pushing ourselves to the limits of our ability. That said, the melody is key when writing a song, and you can be as heavy and nasty as you like, but if it doesn’t sound good as a piece of music, it won’t be a good song. Throughout TEV, there are interposed and subtle melodies that have been worked together to hold the album.

For The Elysian Void artwork, we knew we wanted to step away from the artwork style of our first album, ‘Monuments to Departed Worlds’, which used a very digital style synonymous with many technical/brutal death albums released over the years. This was very well-fitting for our raw and unrelenting debut. The guttural vocals commanded a detailed alien world to be the vision of our soundscape.

With our second release, our composition and overall sound had matured, coupled with greatly improved production; we opted for a different style of artwork to reflect this. Erskine designs were instantly shortlisted from a few who worked in the style we wanted: a traditional painted style, digitally rendered with the course and heavy brushstrokes, and a vibrant, almost chaotic colour palette.

Lyrics are focused on exploring/creating the mythos behind the Anakim. To this end, we have taken inspiration from ancient Jewish and Sumerian lore and created an interpretation of the Anakim as 4th-dimensional beings that seeded life on earth and created the pyramids. We explore the ethical implications and extrapolate events and experiences that such beings would catalyse. In TEV, we have also explored the concept of an antagonistic force being called into being to balance the Anakim and their extratemporal endeavours. In this, we have used the Cthulhu mythos created by H.P Lovecraft to manifest the opposing will of chaos to balance the cosmic order the Anakim seek to create and exploit.

We all know when it’s time to make a record when Joe tells us he has finished writing! Joe just needs time to get down to serious writing; he needs no distractions. For lyrics, Matt listens to the music and sees what emotions and pictures it evokes and then seeks to tell a story that produces that same emotional frequency within the thematic concepts of the song/album/band.

We have a fixation for fantasy, science with strong anti-religious sentiments! Only of the organised exploitative kind! We all believe the concepts we explore in Anakim could be possible and would add dark magic and mysticism sorely missing from mortal life. Still, the main philosophical fixation of the band is the fascination with the nature of reality and how we experience abstract concepts such as time and self. We have a morbid fascination with humans’ evil and vicious traits in their treatment of each other, which is absurd considering that we are all energy, just a light particle is given form, and we all will eventually return to energy.

When I was 15, I was at a friend’s house, and they had MTV 2 on (back when they played actual music), and I saw the video for One, and it blew my fucking mind! Until that point, the heaviest thing I had heard was Steppenwolf and Motorhead on the Pub Jukebox, I was a latecomer to the internet, and I had never heard anything like it. From that, I got into the tape and CD swapping, and someone made me a Metallica mix, and the 4th track was Fucked with A knife. I was wrong when I thought One was the heaviest fucking thing in the world.

We make the music we want to hear and enjoy pushing ourselves to make the best music we can. Music is a universal language that allows people to connect and exchange thoughts, ideas and feelings more completely and purely than the spoken or written work. It’s our Art, and we would be compelled to create it even if no one wanted to listen to it. Music is essential as when your music reaches someone that it resonates with, they are connected to you and everyone that the music resonates with, and that is an amazing and powerful feeling.