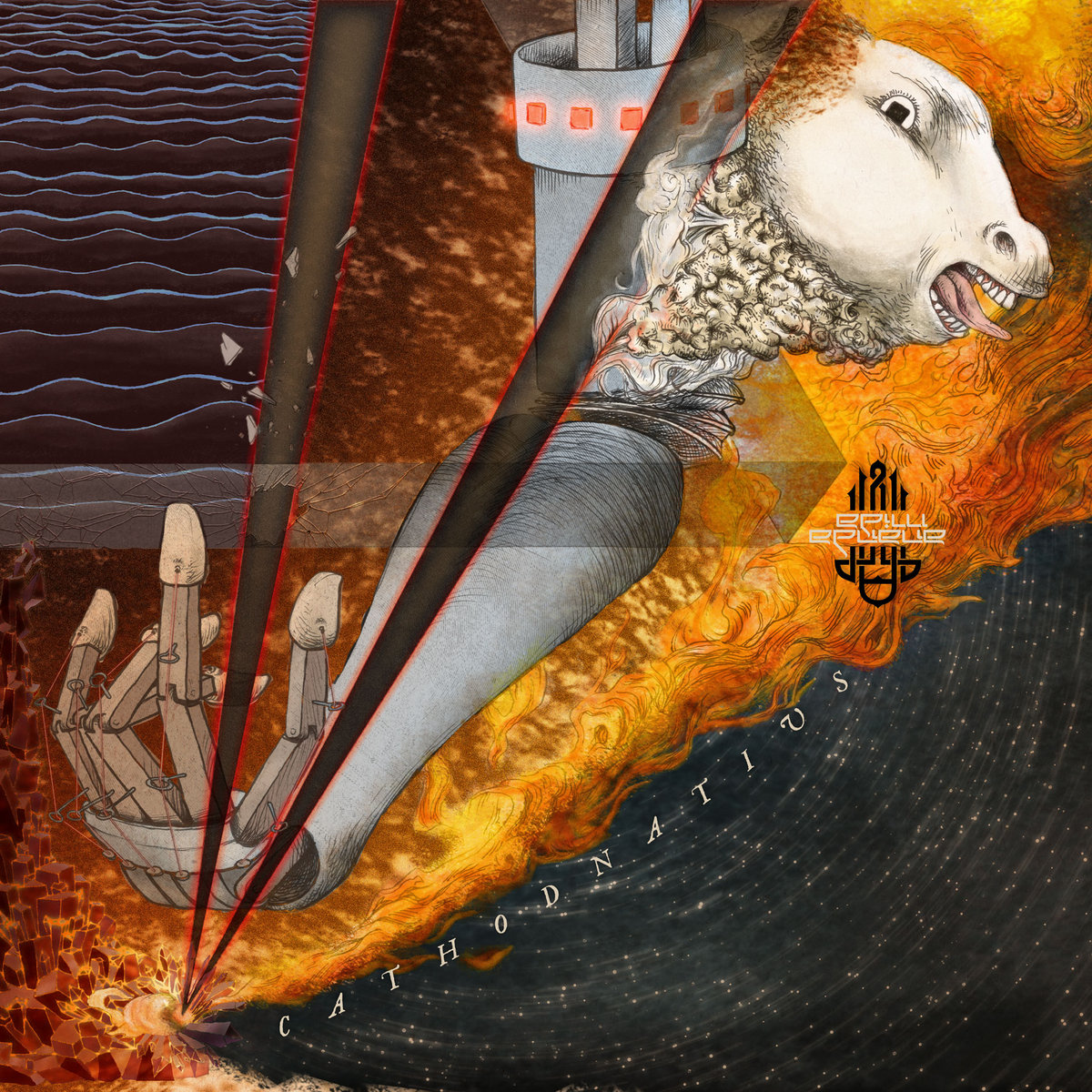 Ananda Mida is a stoner rock and psychedelia collective led by Max Ear, the drummer from OJM and co-founder of Go Down Records. And Matteo Pablo Scolaro, underground guitarist with the help of Eeviac Artworks. Since 2015, they have been developing a seven%es sound mixed with desert and psychedelia grooves with different line-ups, from three up to six members. Ananda Mida comes from the Spanish word “anandamida” (English: anandamide) into two words, the Indian Ananda and the Greek Mida, taking the meaning of Golden Bliss, the original word referring instead to those specific brain receptors relating to cannabinoids, primarily the ones generated by our body while being happy. I discovered this while watching a documentary subtitled in Spanish about biologist Raphael Mechoulan, who first discovered and synthesised THC. In those days, we were trying to come up with a serious name, and I was intrigued by his choice to name it that way. Our name is then acquiring some cute inner contradictions.

The album title ‘Cathodnatius’ comes from Gurdjieff’s book ‘Beelzebub’s Tales To His Grandson’ in our “adapted mythology”. ‘Cathodnatius’ stands for everything negative and contrary or opposed to something else, while our first record – Anodnatius – was relating to every good quality you can find in everything. To our fullest possible extent, in both our records, we wanted to musically and lyrically focus on these two distinct topics, that resulting in the two differing moods.

My original combination with Max on drums generated a scrambling of all the musical genres we loved most, from the 60s and 70s to Punk, Progressive Rock and World Music, all this resulting in us exploring multiple communication routes without focusing on a specific musical field or sound. Our second record has a pronounced 80s vibe, mainly because of our mutual interest in King Crimson’s Eighties output. Another two bands generating our inspiration, musically and because of their freedom of expression, are The Mars Volta and Motorpsycho. We are currently working on our third record, that will be closing our trilogy and the first part of our project with Ananda Mida: most likely it will be a double record, just to reconcile the previous two.

Psychedelic Rock is the first sub-genre that influenced my original musicianship, so characterising this project accordingly felt pretty consequential. I’m pushing in Ananda Mida everything I would have loved listening to in all my favourite records. I think that this genre follows the general concept of music considered as a media relaying feelings and emotions in a universal language, accessible by anyone and not just a mere audio product.

I asked all the three singers to delve into the depths of Gurdjieff and other “exoteric” authors and focus on their intimate and inner maHers resulting from this external information. In the first record, their approach was solar and cosmic, while in the second LP they got more into obscure beliefs and in reconsidering themselves as human beings.

Being the records a trilogy, the artwork is also a trilogy! Amer the release of the third record, all the covers will form a greater single image represen%ng the three big forces united subjected to every cosmic manifesta%on. The ar%st involved in this dynamic project (we don’t know anything about the final aspect and shape of the whole image yet, it’s like a growing plant) is a dear friend and has a long collabora%on with Go Down Records and OJM, his name is Luca and he’s better known as Eeviac Artworks. We instantly clicked with him while undertaking this graphic journey, and we drew inspiration from the same exoteric works that were later also involved for the lyrics dram and his trait/style, so manual and alive, was just perfect with my idea. There’s not the main story, it’s rather a collage of tales, à la “One Thousand And One Nights”, for everybody to find something to identify within our project, none excluded.

I’ve gone through some shamanic-like experiences, in which we could sometimes face several obscure or unsolved sides. I can imagine Dark Arts as some very dark settings with Christian reminiscences, even if I never had the pleasure of this kind of background.