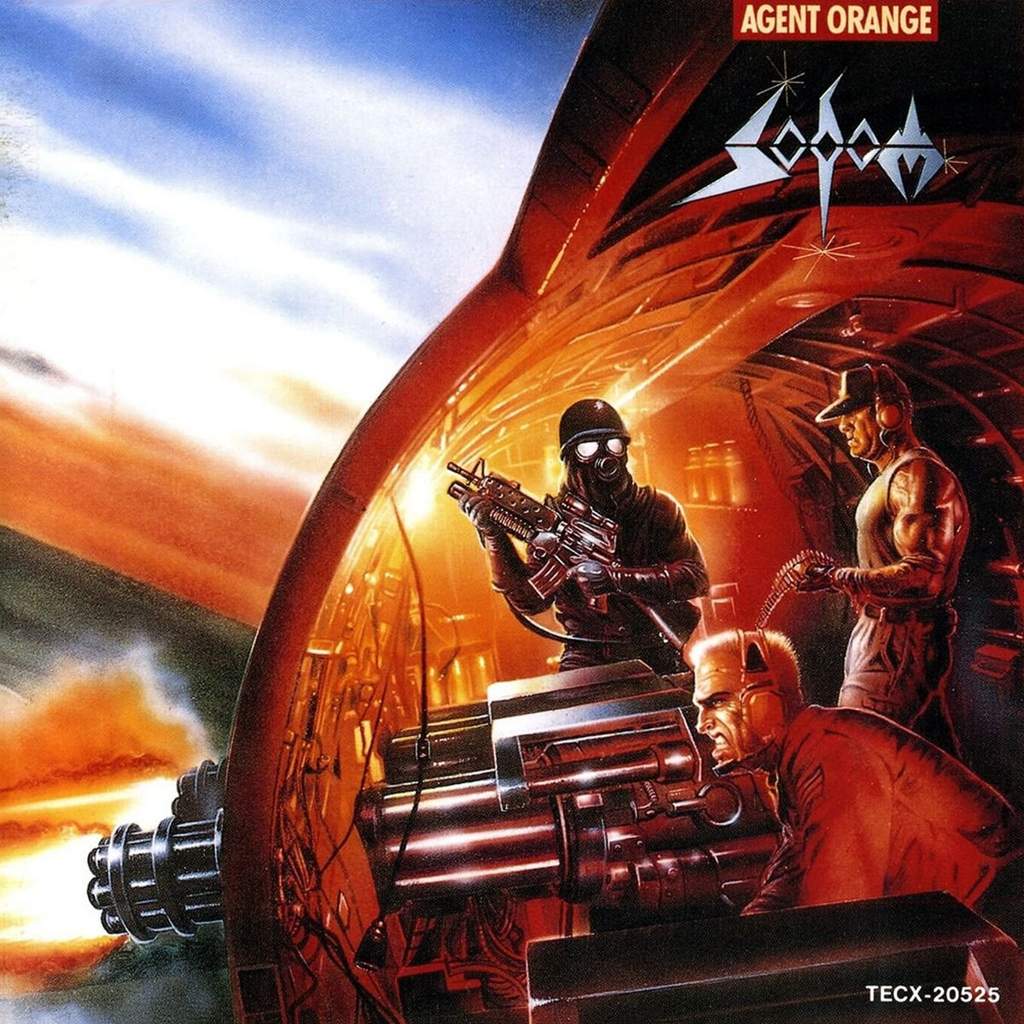 I will keep and perfect my ability to shock, fascinate and disturb

I am a total autodidact, but my parents both were teachers of art and part-time painters. I started my career as a comic book artist. I painted some graphic horror and thriller stories for European ‘Metal Hurlant’ magazine and others. But my style was photo-realistic which was an extremely time-consuming process. On one page of a graphic short I worked for two weeks. It was just impossible to tell long  graphic novels, not only shorts, with this technique. I began to work as an illustrator at the end of the seventies, doing book covers and illustrations for editions of Edgar Allen Poe and others. When I went to Berlin in the ‘roaring eighties’ – the years of punk music, rock´n roll parties and street riots –  I came in touch with Karl Walterbach from Noise records who offered me to do some metal artwork.

My agency Becker/Derouet  put me in contact with bands like Kreator, Sodom, Running Wild, Blind Guardian, and Obituary. Soon I was part of the Berlin  Metal scene, went to concerts and even started directing music videos for the same bands, sometimes bringing elements of my artworks to life (like in the clips for the Kreator Album ‘Coma of Souls’ were the story of the ‘stitched eyes’ is told). My talent was always divided between drawing and directing.

I work with acrylic colors, using airbrush and very fine brushes which are made for photographic retouching for the details. The colours are semi-transparent and I put layer on layer, starting with the shadows and adding the highlights in the ending. The computer is used only as the last step for final color correction, everything else is analogue. My original work is so detailed that it can´t be fully reproduced in CD-size. But these details become visible on tour posters and backdrops. I always feel like ‘painting for the big screen’, but pay attention that the composition works also in a small scale by accentuating the main subjects with fogs and backlighted atmospheres.

My style is made for ‘narrative’ painting. These images invite the viewer to enter a world of imagination. I see myself as a visual storyteller. I use different kinds of media. I work as an editor and writer/director of movies (Tears of Kali (2004), Masks (2010), and this year German Angst) that show strong influences from painting especially in lighting and image composition. On the other side my paintings are influenced by the culture of horror and fantasy films. My goal is to fascinate and mesmerize the viewer, and draw into an metaphoric world. I love both worlds, teamwork and the work with actors in my films and the solitary, meditative work on my artworks. That´s why they are so detailed: painting is a meditation for me. My horizon towards music is very wide. I love Heavy Metal , Gothic Rock, as well as classic music. New music like Arvo Pärth and film soundtracks from Ennio Morricone.

Besides the film references, there are three main influences for my artworks: The era of the symbolists (John Martin, John Everett Millais etc),  the German Romantic (Caspar David Friedrich) and these paintings are full of mystical and religious symbols which sometimes I use, conscient or unconsciously. I love the iconography of the  old churches, especially the catholique ones in Italy, the mummies of the saints – very fascinating. I am very interested in the narratives and history of “old Europe”, the struggle between philosophy and political ideology. And there is the third inspiration, also from Italy, but from the popular culture of the seventies:  the poster artworks of Enzo Sciotti and Renato Casaro, who painted almost every popular european horror/thriller film poster in the seventies. There is a little bit of Sciotti in many of my artworks in the form of backlit atmospheres. I read books, newspapers, magazines. I travel a lot. I used to do a lot of analogue photography, process the films in my own darkroom, but I sort of lost the interest with the digitization. I believe in the magic when an image appears out of a bath of chemicals in the red light of a darkroom. Pure Alchemy.

My ideas come from watching films, reading books and listening to music. I was socialized in the crazy seventies by the films of Dario Argento and Roger Corman. I love the books of Stephen King and H.P. Lovecraft,  the works of modern philosophers like Peter Sloterdijk, Slavoj Zizek´s political theories, the works on religious mythology by Rene Girard, but also the classic psychology of Carl Gustav Jung. And of course in the world there are so many  alarming things happening, that demand to be transferred into the metaphors of art.

The cover art that best defines my technique and style I would is ‘Blind Guardian: Nightfall in Middle Earth’ narrative art, visual storytelling. You can watch this artwork for hours and still find something new. There is a clear influence by the German expressionism of Fritz Langs ‘Metropolis’ in the architecture. When Blind Guardian toured in Europe there were giant posters of this artwork everywhere in  the streets. There I saw my art on the big screen and it worked great.

Last year there was a great exhibition of my work in the Rock and Pop Museum in Gronau, Germany. My Heavy Metal artworks  were contrasted with stage costumes of Running Wild, film props and special FX masks from my Kreator videos, rough sketches and early comic-stories. And there may be coming more in the future.