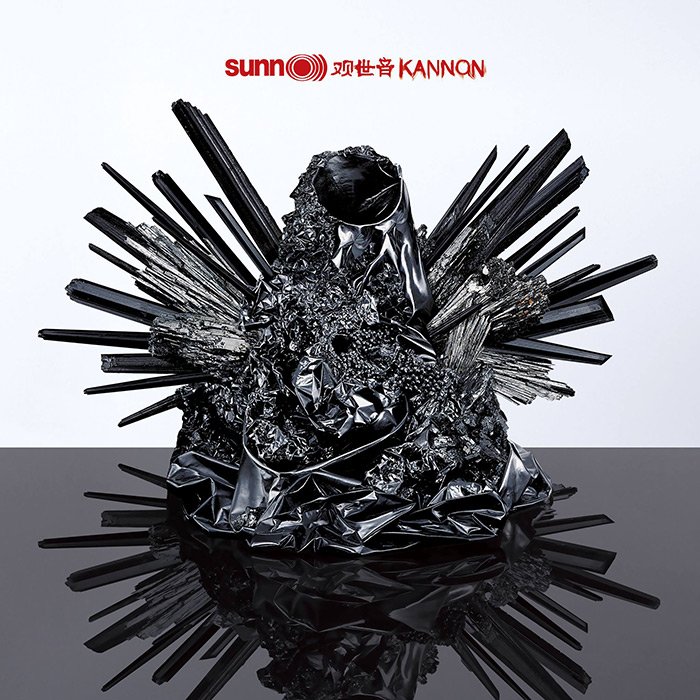 Consisting of three self-titled pieces of a triadic whole, the roots to SUNN O)))’s new album trace deeply into the sessions of their 2009-released Monoliths & Dimensions LP and very recent collaborative recordings with Ulver (Terrestrials, 2014) and Scott Walker (Soused, 2015), culminated and fully realized this year. Recorded and mixed with SUNN O)))’s close colleague and co-producer Randall Dunn at Studio Litho, Aleph and Avast!, Kannon is as always composed around the immense guitar and bass interplay of founders Stephen O’Malley and Greg Anderson, and includes performances by long term allies and collaborators Attila Csihar, Oren Ambarchi, Rex Ritter, Steve Moore and others.

The literal representation of Kannon is as an aspect of Buddha: commonly known as the Guanyin Bodhisattva (Chinese: 觀音菩薩) amongst a plurality of other forms. There is a rich lineage behind this idea tracing back through many Asian belief systems, with as many names and cultural personifications of the idea.

Some new insight from artist Angela Lafont Bolliger on her inspiration for the creation of the sculpture for Kannon’s cover artwork has been issued:

“I was working on a visual concept inspired by Gian Lorenzo Berninis “Ecstasy of Saint Teresa” (a life-sized Italian baroque sculpture in white marble) and had shared a short description about this project. I took a great interest in the conceptual thought behind the album…

…SUNN O)))’s compositions are minimal but intensely sculptural in depth and detail. This was my inspiration and it was important to me to transcend that idea into the sculpture I would create for the album artwork. Stephen and I both loved the idea that this sculpture could be something really ancient, like a comet – yet also indefinable and timeless…

…I started with an intense research of Guanyin, the imagery, the history, and immersed myself completely into the subject. I then put together a very detailed presentation of ideas… we came to a unanimous decision and went for an idea of “the abstraction of the God of Mercy”. It started by sculpting different black reflective materials, which I then combined with ancient rocks and crystals allowing the surface to be rich and to be viewed as something unseen – an undulating form representing Guanyin’s many hands and heads..

…Highlights were the creation of the sculpture, different materials with versatile textures and creating a tactile object, a sensuous, meditative process. During the photographic shoot of the sculpture, every glossy highlight and detail was amplified. Rotating the sculpture a completely different form would emerge through the lens. This is what fascinates me in art – creation can surprise and transform.”