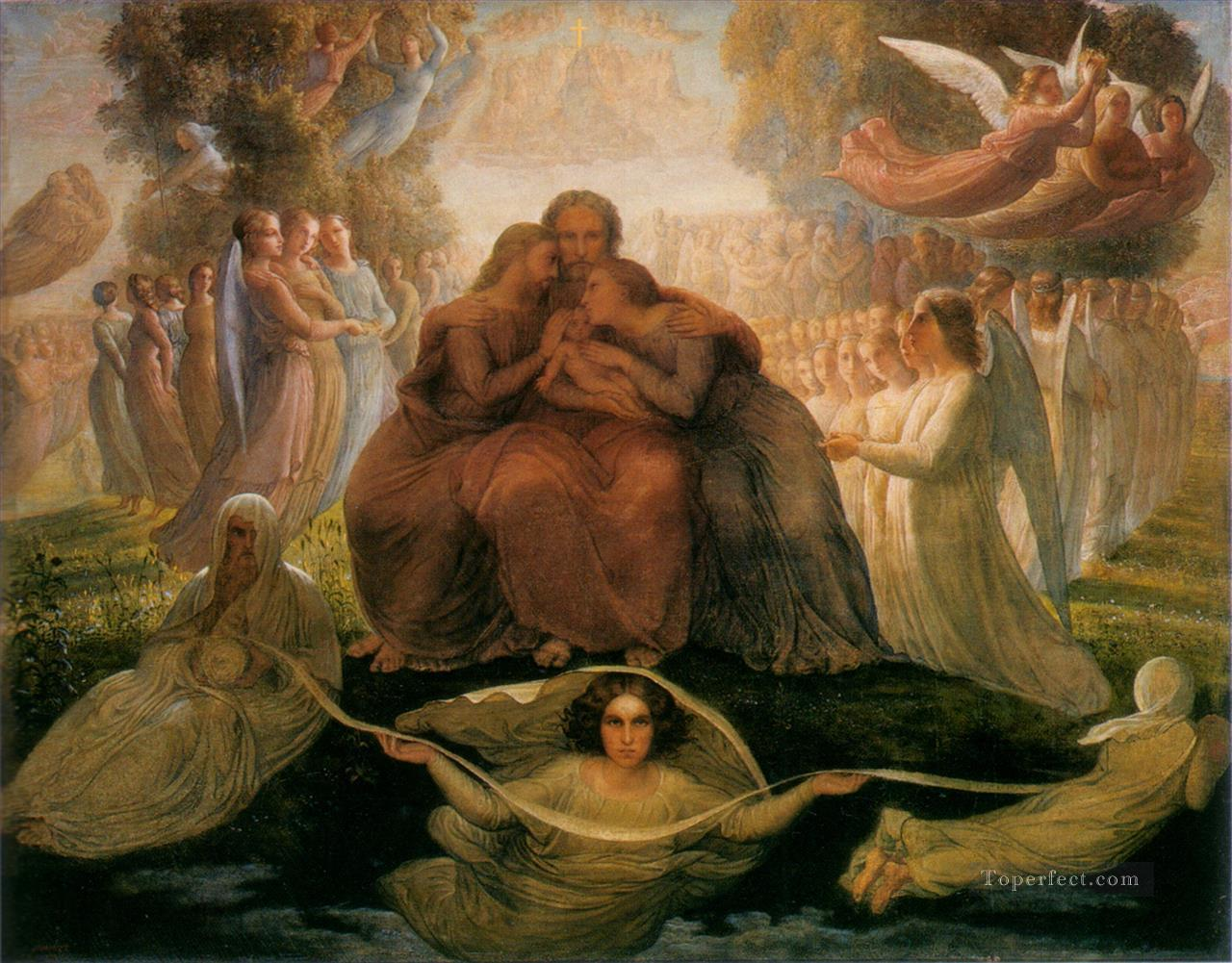 French painter and poet. He belonged to the Lyon school of painting, characterized by idealistic and mystical tendencies similar to those of the Nazarenes and the Pre-Raphaelites. His Christian beliefs, which are very apparent in his art, were strongly influenced by neo-Catholic apologists. From 1831 Janmot studied at the Ecole des Beaux-Arts in Lyon. In 1833 he went to Paris, where he became a student of Victor Orsel at the Ecole des Beaux-Arts. He also attended Ingres’s studios in Paris and Rome.

His technique was deeply indebted to Ingres, but emotionally and intellectually he was more closely allied with Delacroix, whose enthusiasm for the literature of Dante and Shakespeare he shared. Janmot’s style combined the precision of Ingres with the meditative devotion of Orsel. His predilection for heraldic compositions, based on symmetry and repetition, his use of profile and flattened form and his luminous colour were all influenced by a love of such early Italian painters as Giotto and Fra Angelico. Janmot’s style has much in common with that of fellow Lyonnais and pupil of Ingres, Hippolyte Flandrin.

Reference: The Grove Dictionary of Art.