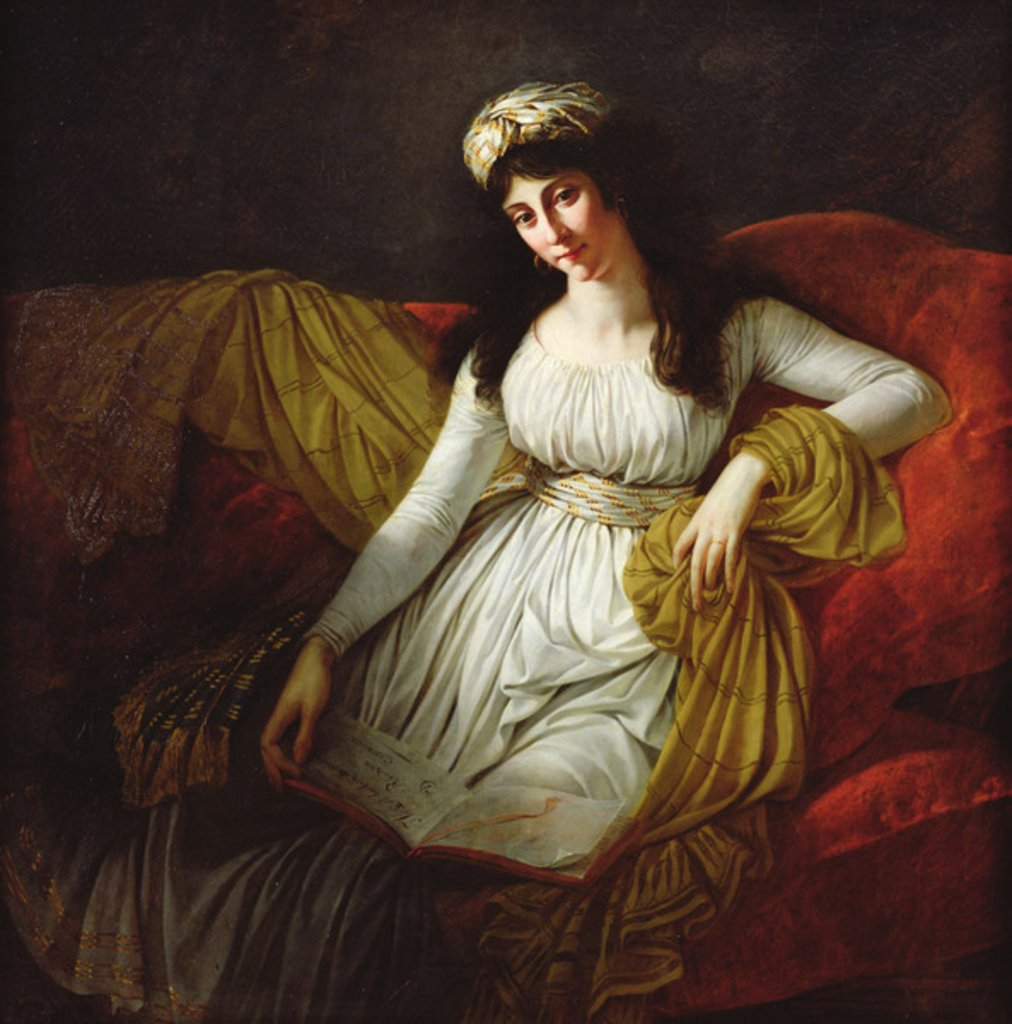 Born in Paris, Gros began to learn to draw at the age of six from his father, who was a miniature painter and showed himself as a gifted artist. Towards the close of 1785 Gros, by his own choice, entered the studio of Jacques-Louis David, which he frequented assiduously, continuing at the same time to follow the classes of the Collège Mazarin. Bataille d´Aboukir, 25 Juillet 1799, 1806. The death of his father, whose circumstances had been embarrassed by the French Revolution, threw Gros, in 1791, upon his own resources. He now devoted himself wholly to his profession and competed (unsuccessfully) in 1792 for the Grand Prix. About this time, however, on the recommendation of the École des Beaux-Arts, he was employed on the execution of portraits of the members of the National Convention, and disturbed by the development of the Revolution, Gros left France in 1793 for Italy.

At the Salon of 1804, Gros debuted his painting Bonaparte Visiting the Plague House at Jaffa. The painting launched his career as a successful painter. It depicts Bonaparte in Jaffa visiting soldiers infected with the bubonic plague. He is portrayed reaching out to one of the sick, unfazed by the illness. In reality, Bonaparte ordered the soldiers poisoned to either avoid returning or give up his soldiers to the Turks. It is even said he burned the pesthouse in order to cover up what he had done. The painting was commissioned as damage control when word spread of his actions. The painting is in the Neo-Classical style, though it shows elements such as the lighting and taste for the exotic are precursors to the upcoming Romantic ideals.

In 1810, his Madrid and Napoleon at the Pyramids (Versailles) show that his star had deserted him. His Francis I and Charles V, 1812 (Louvre), had considerable success; but the decoration of the dome of St. Genevieve (begun in 1811 and completed in 1824) is the only work of Gros’s later years which shows his early force and vigour, as well as his skill. The “Departure of Louis XVIII.” (Versailles), the Embarkation of Madame d’Angoulême (Bordeaux), the plafond of the Egyptian room in the Louvre, and finally his Hercules and Diomedes, exhibited in 1835, testify only that Gros’s efforts – in accordance with the frequent counsels of his old master David – to stem the rising tide of Romanticism only damaged his once brilliant reputation.

Again citing Britannica, “Exasperated by criticism and the consciousness of failure, Gros sought refuge in the grosser pleasures of life.” On 25 June 1835 he was found drowned on the shores of the Seine at Meudon, near Sèvres. From a paper which he had placed in his hat it became known that “tired of life, and betrayed by last faculties which rendered it bearable, he had resolved to end it.”