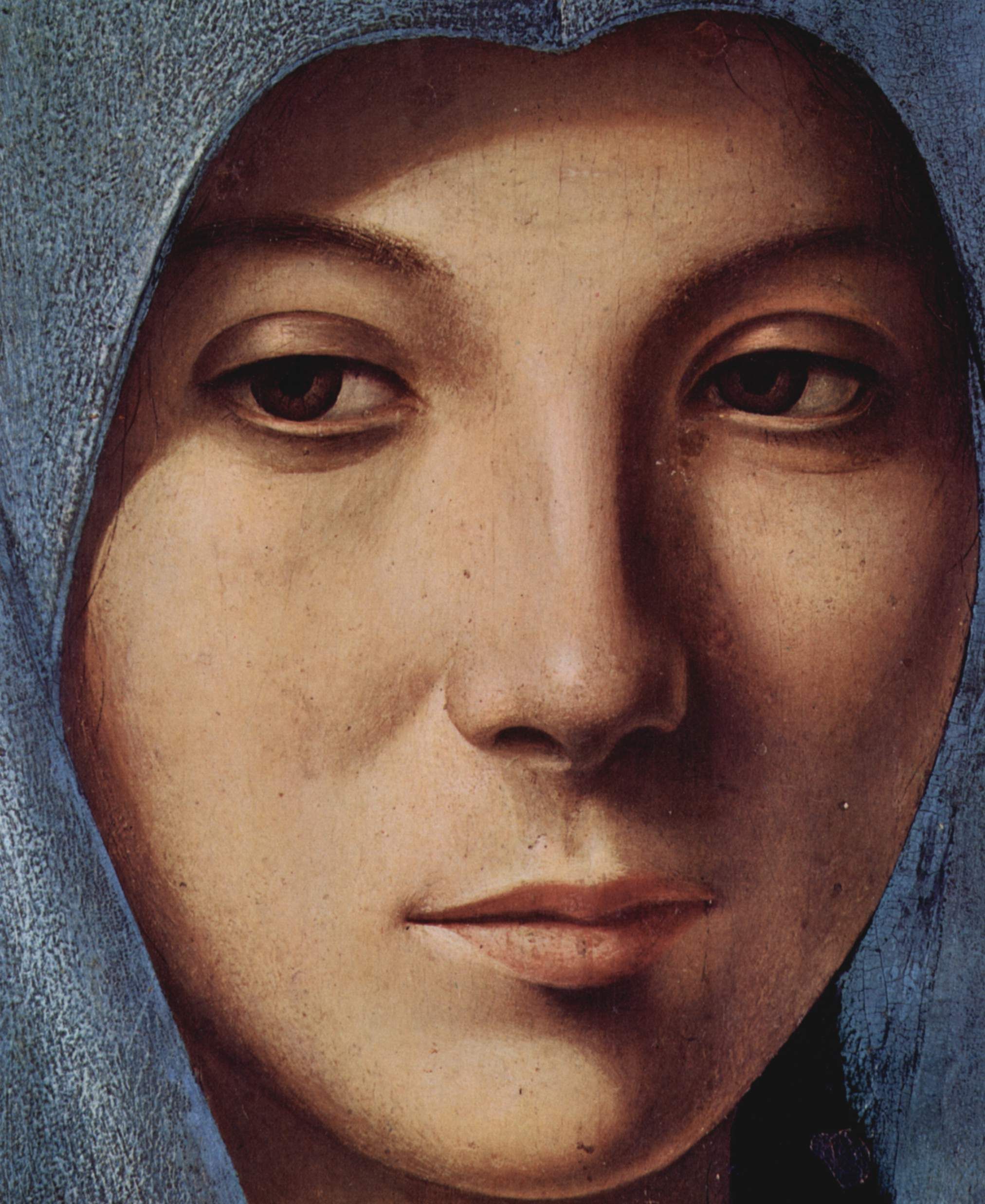 Antonello da Messina, properly Antonello di Giovanni di Antonio (c. 1430 – February 1479) was an Italian painter from Messina, Sicily, active during the Italian Renaissance. His work shows strong influences from Early Netherlandish painting and, unusually for a painter from Southern Italy, he was influential on the art of Northern Italy, especially Venice. The following year, Antonello received his first commission as an independent artist, a banner for the Confraternità di San Michele dei Gerbini in Reggio Calabria. At this date, he was already married, and his son Jacobello had been born.

In 1460, his father is mentioned leasing a brigantine to bring back Antonello and his family from Amaltea, a town in Calabria. In that year, Antonello painted the so-called Salting Madonna, in which standard iconography and Flemish style are backed by a greater attention in the volumetric proportions of the figures, probably coming from his knowledge of some works by Piero della Francesca. Also from around 1460 are the two small panels depicting Abraham Served by the Angels and St. Jerome Penitent now in the Museo Nazionale della Magna Grecia in Reggio Calabria. In 1461 his younger brother Giordano entered Antonello’s workshop, signing a three-years’ contract. Of that year is a Madonna with Child for the Messinese nobleman Giovanni Mirulla, now lost.

Between 1465-1470, Antonello finished a Portrait of a Man now at Cefalù. His portraits are noteworthy for his characteristic use of the three-quarter view, typical of the Flemish School, whereas almost all Italian painters adopted the medal profile pose. Antonello travelled to Venice around 1470, to see Giovanni Bellini’s paintings. In this year he executed his first signed and dated work, the Salvator Mundi. Back at Sicily, Antonello finished the St. Gregory’s Polyptych. In 1474, he painted the Annunciation, now in Syracuse, and the St. Jerome in His Study, one of his most famous paintings. The following year he began his regular sojourn in Venice, where he remained until the fall of 1476. His works of this period begin to show a greater attention to the human figure, regarding both anatomy and expressivity, according to the influence of Piero della Francesca and Bellini.

His most famous pictures dating from this period include the Condottiero (Louvre, illustration), the San Cassiano Altarpiece and the St. Sebastian (see selected works for details). The San Cassiano Altarpiece was especially influential on Venetian painters, as it was one of the first of the large compositions in the sacra conversazione format which was perfected by Giovanni Bellini (Antonello’s surviving work in Vienna is only a fragment of the much larger original). Antonello returned briefly to Sicily in 1476, where he painted the famous Virgin Annunciate, now in the Palazzo Abatellis at Palermo.

He died at Messina in 1479: his testament dates from February of that year, and he is documented as no longer alive two months later. Some of his last works remained unfinished, but were completed by his son Jacobello.  Antonello’s style is remarkable for its union, not always successful, of Italian simplicity with Flemish concern for detail. He exercised an enormous influence on Italian painting, not only by the introduction of the Flemish invention, but also by the transmission of Flemish tendencies. However, no school of painting formed after his death, with the exception of the Sicilian Marco Costanzo.