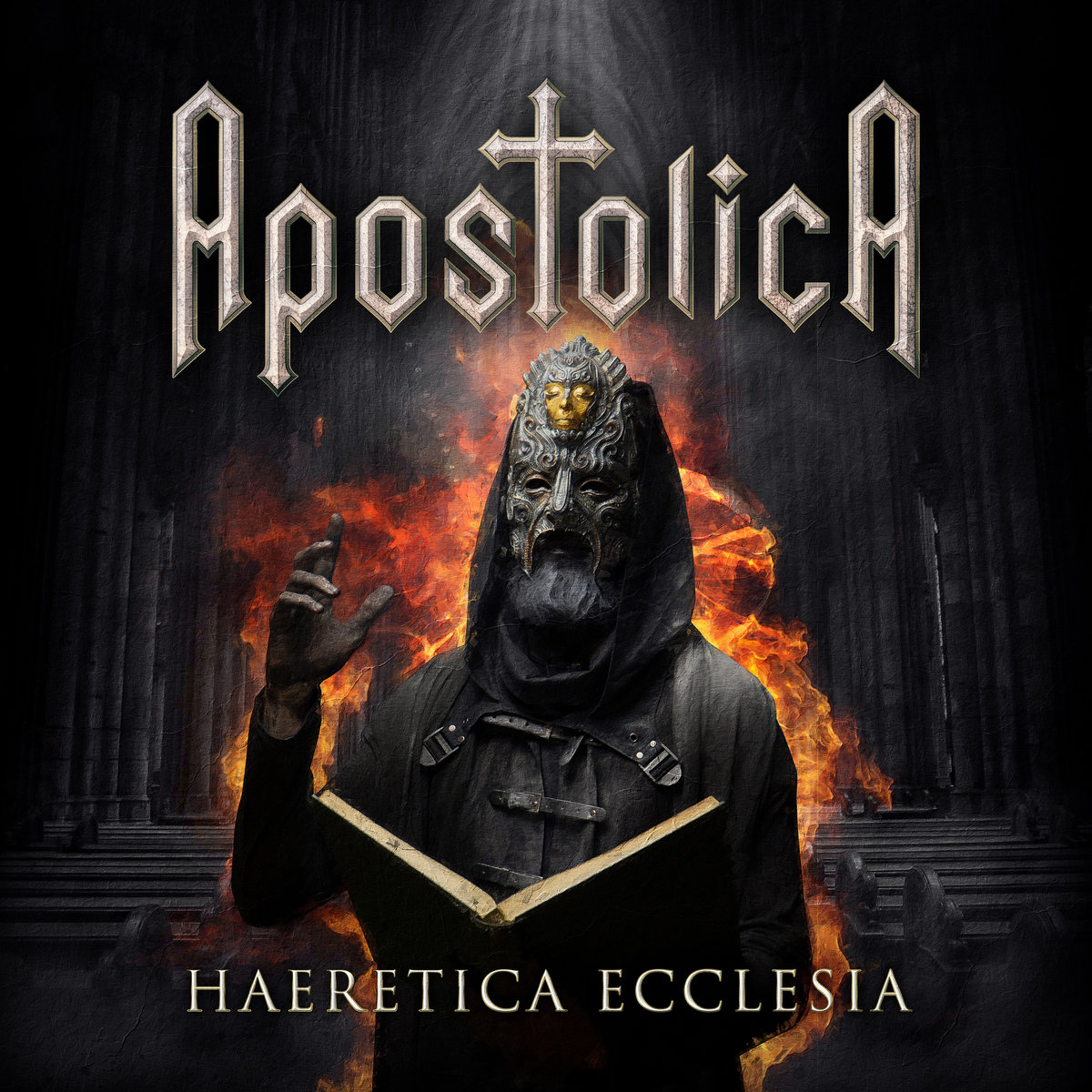 Apostolica has founded a new cult based on an intriguing and enigmatic image, a bombastic and pristine sound, catchy riffs and plenty of unforgettable hooks & choirs. With its fresh and invigorating songwriting, Haeretica Ecclesia is the first chapter of the four masked prophets’ very own book of revelations: a prophecy in music where they, modern-day knights of the Apocalypse – declare war to the heavens and celebrate the human being despite weaknesses and defects. Now more than ever, the world needs faith and hope; the heavy metal scene needs faith and hope, too: Apostolica is the heretic, powerful anthemic antidote to the age of spiritual slavery. Join the church of heresy, bow to Apostolica.

As a faceless band, we won’t say too much about the creation of this album. There were some heretic things to say, and the music just gushed from there. We do not speak from a personal perspective. Still, the philosophy behind this band is a heretic deviated and corrupted catholicism where the real evil is god, that has always been against humanity, since the beginning. Being a faceless band, we can’t speak about personal perspectives and stories. But we can name some of our favourite artists: Ronny James Dio, Sabaton, Powerwolf, and Ghost.