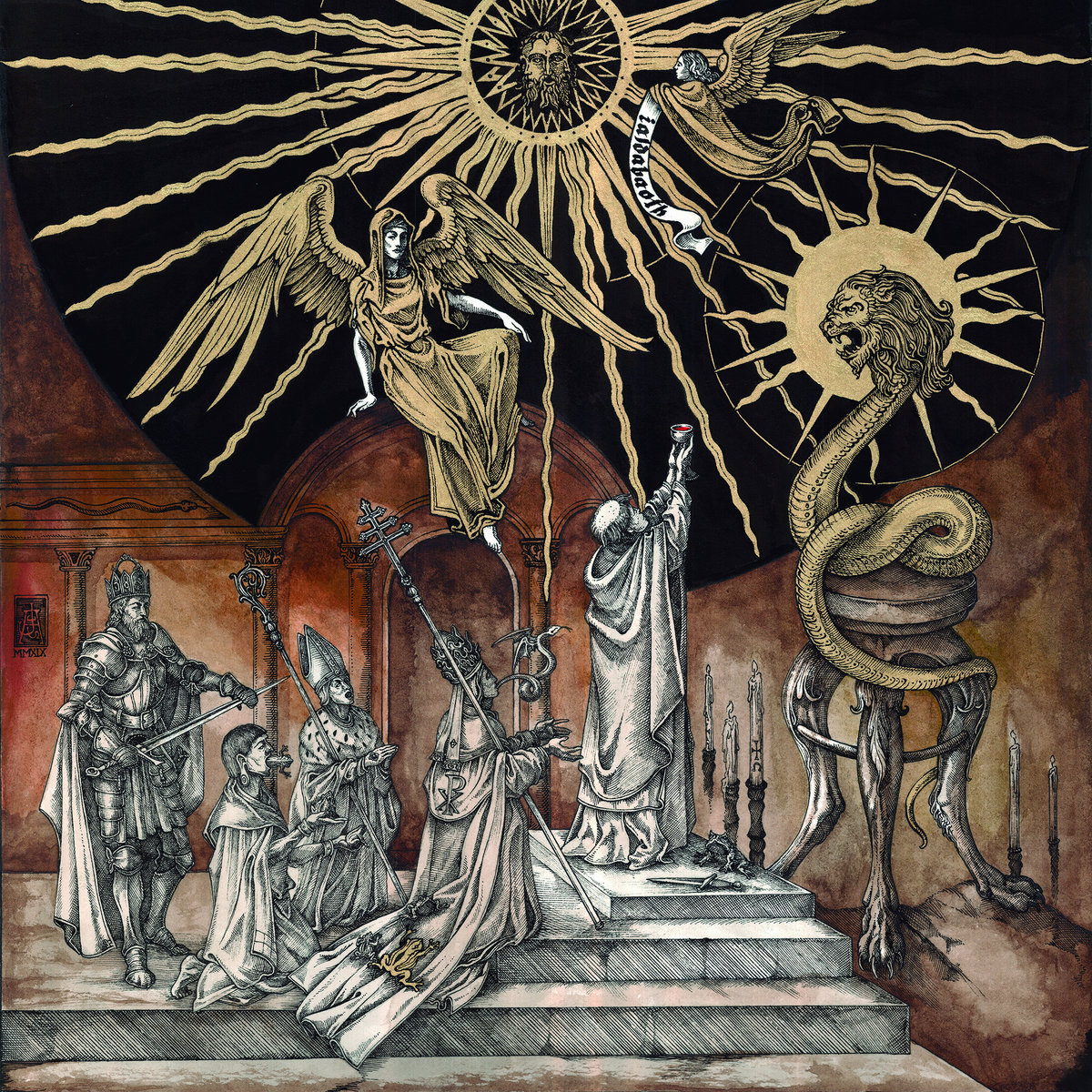 Arcada was formed in 2012 by Black Maiestas Domini, focused on maintaining the pure Black Metal essence. Highly influenced by the sound of the 90s second wave, the lyrical themes go through mysticism and esoteric experiences. The first live manifestation was in 2015 and Inquisition after releasing their two independant demos which pushed the band to play along with Mystifier, Goat Semen, Black Witchery, Sadistic Intent, Goatcraft and many others. With three demos, one EP and one album, the band has been signed by Edged Circle Productions in 2019. After the ‘Projections’ over Chile tour, the band has been working on new songs for the upcoming releases.

A thousand times, we have been asked about our name, and many were the ways Arcada has been interpreted. Some assumed it was the architectural entrance of an ancient ruin or simply a choke, but none of them is correct. The main idea was conceived through brainstorming by focusing on detaching any literal meaning, working as a symbol open to many interpretations. Defining is limiting.

We approached the main subject through this album ‘Projections’ about the gnostic myths and the interpretations we had about them. As an analogy of the demiurgic creation, you can say we applied the platonic theory of the three beds, which refers to the problem that occurs when an idea or concept passes through different filters and the main essence it’s lost on its way until the final state: the present reality. As the Pistis Sophia says, this occurs when the great impostor, sometimes known as the Cosmic Serpent, creates the eternal cycle which we are condemned to live on. I already dropped some keywords so you can search more about the myth and the multiple interpretations if you want to know more about this. Otherwise, it would take too long to explain it here and time is short.

‘Projections’ was the result of many experiences Onryo and I had. We focused on adapting some of them to fit into the songs, but the main idea and art concept was mentioned in the last paragraph. It’s interesting how you can have many revelations through different experiences. You can check the lyrics of Lunar Possession or O.

We have a deep influence of the European 90s and 00s black metal such as LLN, Finnish, German, and Norwegian scenes. Besides the obvious, we also enjoy some other genres such as post-punk, classical music, d-beat punk, neofolk or even traditional Andean music from our country. As long as it keeps an honest essence, it’s exciting and can work as a referent. Sometimes, you can find more darkness into their lyrics or in their individual stories than in most of the metal bands who claim how Satanic they are 24/7.

I got immediately hypnotised when I listened to black metal for the first time. It’s amazing how can it be so minimalistic yet so harsh and dissonant at the same time, while it’s saying many things. You can feel the horror instantly, even before checking the lyrics. Something that ‘fits’ unconsciously and becomes (or even complements) part of your personality will develop with you along the rest of your life. You can call it elitism or whatever you like, but black metal is not for everyone even if you are into extreme music. That’s why it has a distant attitude from the rest of the metal subgenres. About the philosophy on it, I guess I prefer to do this type of music because it doesn’t feel enough to express our ideals in any other way.

Interestingly, through black metal, you can explore the different shades of black in other genres and subjects I wouldn’t normally pay attention to. So it has been like a gate to a complete new world full of atypical perspectives and interests if you know what I mean.

We don’t focus on getting into politics or pushing people into our ideals, in fact, all the opposite. The job we have been doing since the beginning has been a manifestation of what we have learned from different sources. It’s a way of communication through mythical references that might be a horrific tale, and to others, a symbolic representation of something else. So as the path of a hermit, it’s not our goal to transmit a message or to be understood; it’s individualism in artistic ways. In some cases, people do it through plastic arts or literature, we do it through musical performances.

About the Dark Arts? I never heard of that term, but I can guess it’s something like talking about occultism and sort of pagan traditions. It has been a long path of learning and de-construct some concepts about life and metaphysics, but it’s a never-stop discipline. The best register of this is the subjects we have been working on since the first demo up to the latest album: on every production, we talked about what we were into by that time and the interpretation about this.

To be honest, I wouldn’t call it “Dark Arts” because it sounds exotic and has this 80s horror movie vibe sound. It’s a learning path that goes way more deep than using Satanic images as an atheist to impress some people. It’s 2020, you can find tons of naked girls on Instagram using inverted crosses and coffee mugs with Baphomet’s on them. The Western culture has the post-Christian values as a reference so it’s easy to be targeted as a heretic if you start to work on spiritual symbolism outside these lenses and maybe that’s why terms such as “Dark Arts” will pop up whenever something unknown is in front of you. That’s why some things should be kept occult: to the eyes of a non-initiate, we are just a bunch of madmen.

We are delighted with the work of Jose Gabriel Alegría. The majestic atmosphere of his drawings and his knowledge about these subjects work perfectly for the band because we discuss the sources and talk a lot about this, even when we are not working on a release. I met him some years ago at the art university we both study at and after that we have done all our releases with him, so it’s a comfortable situation to work together. In fact, some years ago we tried a rehearsal with him as a vocalist, but things didn’t work as planned.