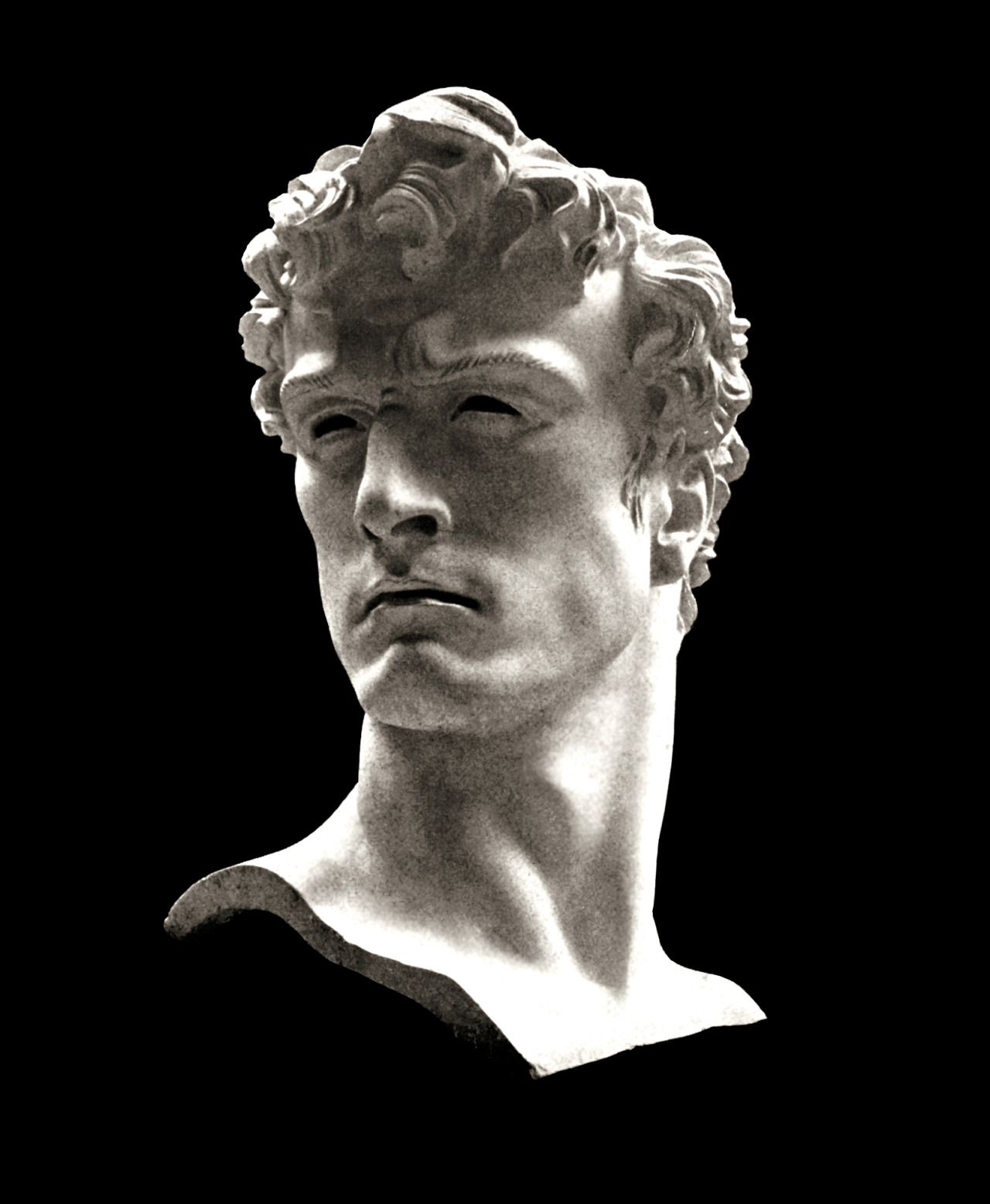 Arno Breker was born in Elberfeld, Northern German, on July 19th, 1900. In his late teens be began the study of stone-carving and anatomy and at age 20 began attending the Duesseldolf Academy of Arts where he began his study of sculpture and an immensely successful art career. His work between 1933 and 1942 was most noted for its classical approach to the human form which depicts men and women in timeless glory, youth, potential, honor, desire, hope, and possibility. Works such as Comradeship (1940) express a powerful anguish as the state of the world and a simultaneous promise to one’s comrades that their loss will be redeemed. In a similar vein are Torchbearer (1940), Sacrifice (1940), and Predestination (1941). Touching on the traditional relationships between men and women are the powerfully naturalistic You and I (1940) and the classically inspired Apollo and Daphne (1940). Though the return to a classical era of beauty and human potential was shattered with the collective national loss in World War 2, the vast inspiration of his art lives on.