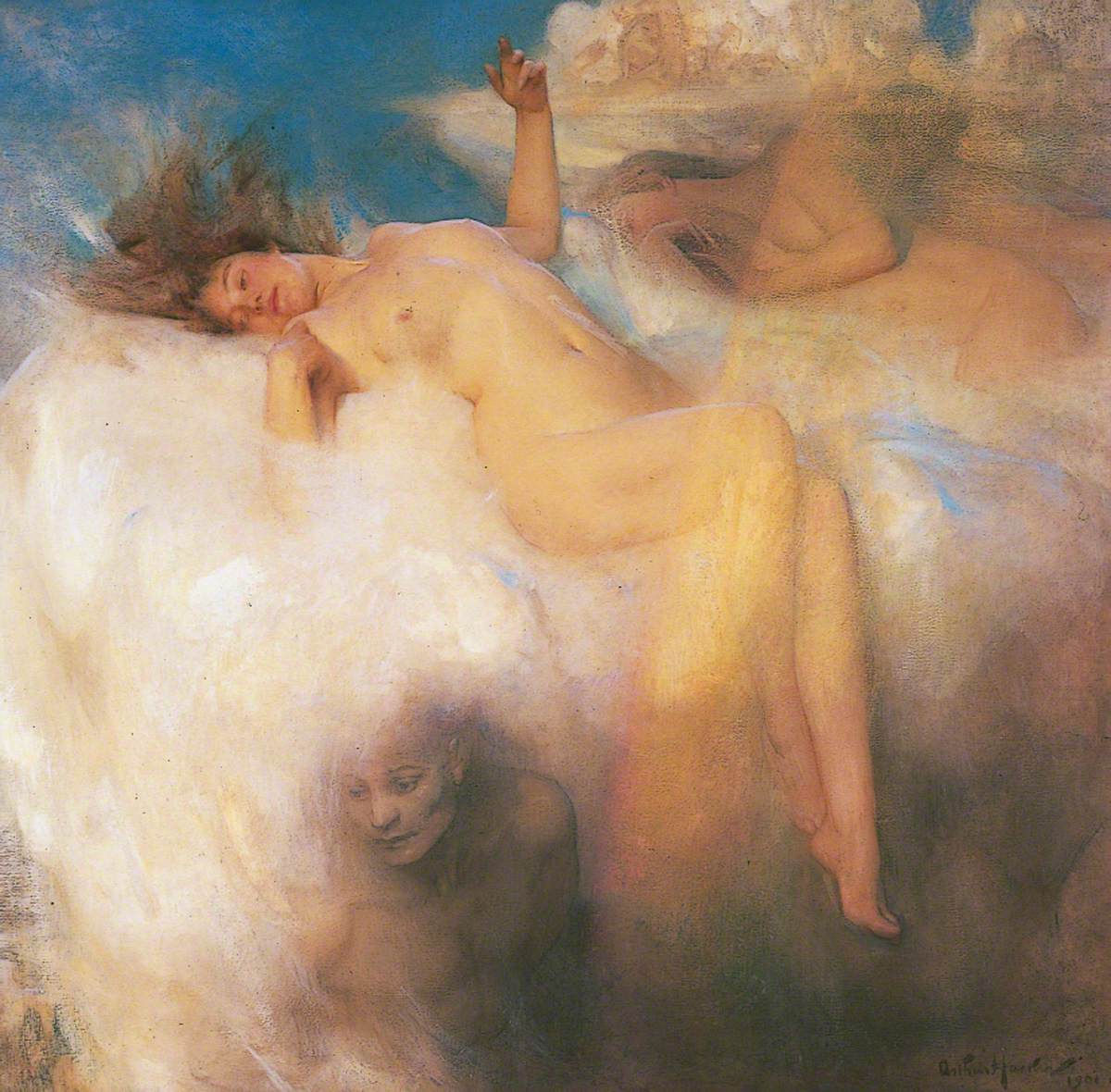 Arthur Hacker was born in London, the son of Edward Hacker, the line engraver. He went to the RA Schools before studying in Paris under Leon Bonnat, who was internationally famous as a portrait painter and a lifelong friend of Degas. Bonnat was the ideal teacher for Hacker who became a fashionable portrait painter himself. His early work consisted of genre and historical scenes, such as The Waters of Babylon and The Annunciation which was brought by the Chantrey Bequest in 1892. As an indirect result of the success of this painting he was elected an associate of the RA and soon after began teaching at the Academy, when he partially abandoned subject painting in favour of portraiture, in which he achieved considerable success. He was elected an Academician in 1910 and began to paint a series of London street scenes, including A Wet Night in Piccadilly Circus, which met with mixed reception from the critics who were not prepared for a painting of this nature, which was far more modern in its treatment that anything else Hacker had produced. In his later years he returned to painting mythological and allegorical subjects. He died on Wednesday, 12 November 1919 in London, where he had resided all his life, and was buried at Brookwood Cemetery near Woking, Surrey.

Source: Adrian Vincent, A Companion to Victorian and Edwardian Artists