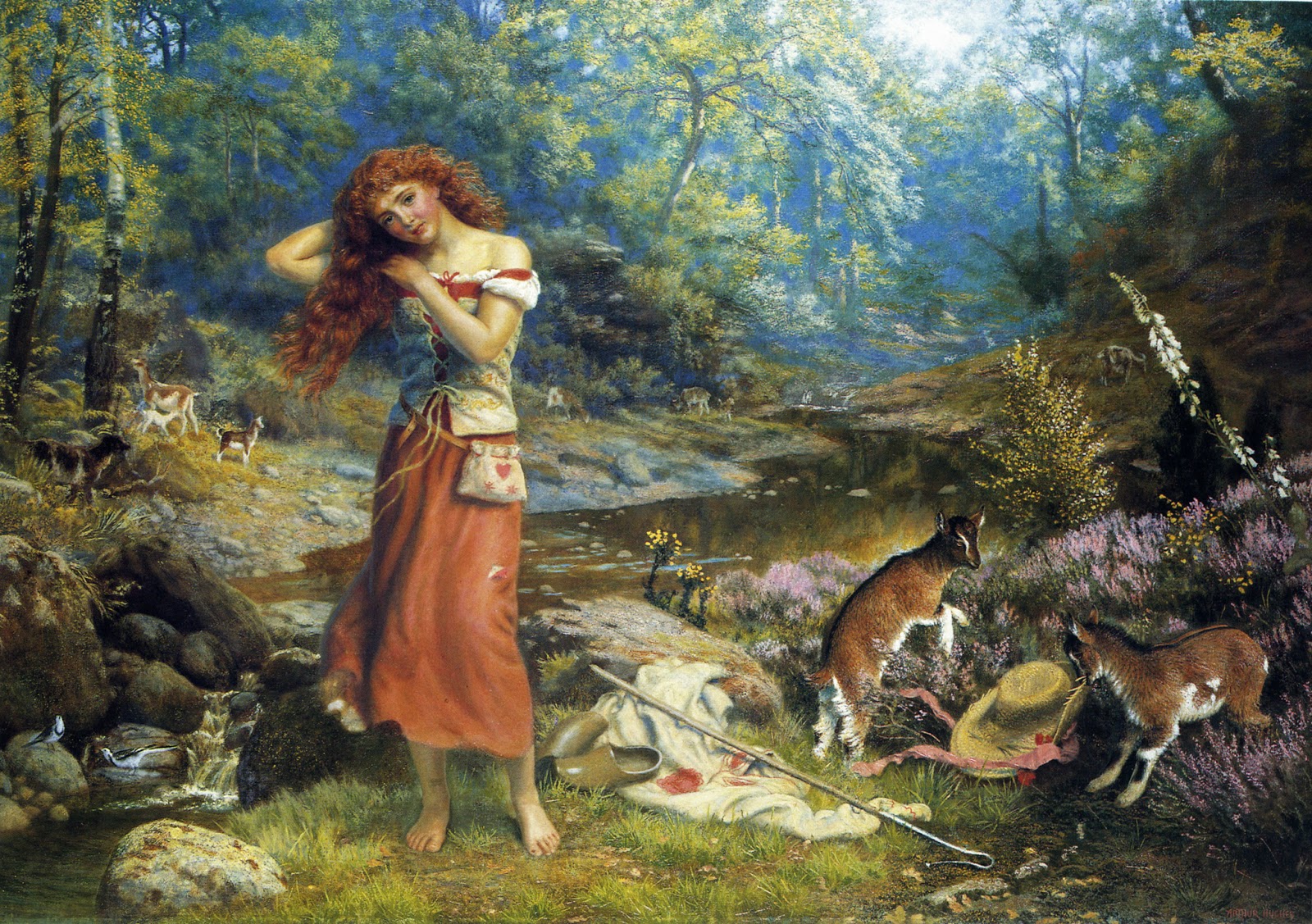 Arthur Hughes was born in London on 27 January 1832, to Edward and Amy Hughes. He entered Archbishop Tenison’s Grammar School in about 1838, and while there displayed an early talent for drawing; in 1846 he entered the School of Design, Somerset House where he studied under Alfred Stevens. In 1847 he enrolled in the Antique Schools at the Royal Academy, winning a silver medal in 1849 for a drawing from the Antique, and in that same year exhibited his first finished painting, Musidora, at the Royal Academy. 1850 was the most important year of his life: he first discovered Pre-Raphaelitism by reading the Germ; he met Tryphena Foord, his future wife and mother of his six children; and met Alexander Munro, Dante Gabriel Rossetti, and Ford Madox Brown, thenceforward being converted to their cause.

In 1852 he sent Ophelia (c.1851-53, City of Manchester Art Galleries) to the Royal Academy, and the following year began Orlando, which during the next six years evolved into The Long Engagement. In 1856 Hughes exhibited two of his best paintings at the Royal Academy, The Eve of St. Agnes and April Love, the latter being purchased from the exhibition by William Morris. In 1857 he joined with Rossetti, Morris, Edward Burne-Jones and others in painting murals on the walls of the Oxford Union Debating Hall (now the Library), an effort which perhaps inspired his later Arthurian works such as The Knight of the Sun and Sir Galahad. Another well-known painting, Home from Sea (1856-63, Ashmolean Museum, Oxford), was begun at Chingford, Essex in 1856, but not completed until 1862-63 when the figure of the girl, modelled by Tryphena, was added.

As well as being the best of the younger Pre-Raphaelite followers, Hughes was one of the leading book illustrators of the ‘Sixties’ school, producing drawings for Tennyson’s Enoch Arden, Thomas Hughes’s (no relation) Tom Brown’s School Days, and George MacDonald’s At the Back of the North Wind and The Princess and the Goblin.

Hughes’s only official post was Art Examiner in the South Kensington Schools, although he taught from January to August 1877 at the Working Men’s College. In 1912 he was awarded a Civil List Pension, and on 23 December 1915 he died in Kew Green, London, having produced approximately 700 known paintings & drawings and 750 book illustrations during his lifetime.