“As The Palace Burns” Lamb Of God: Thy justice be done 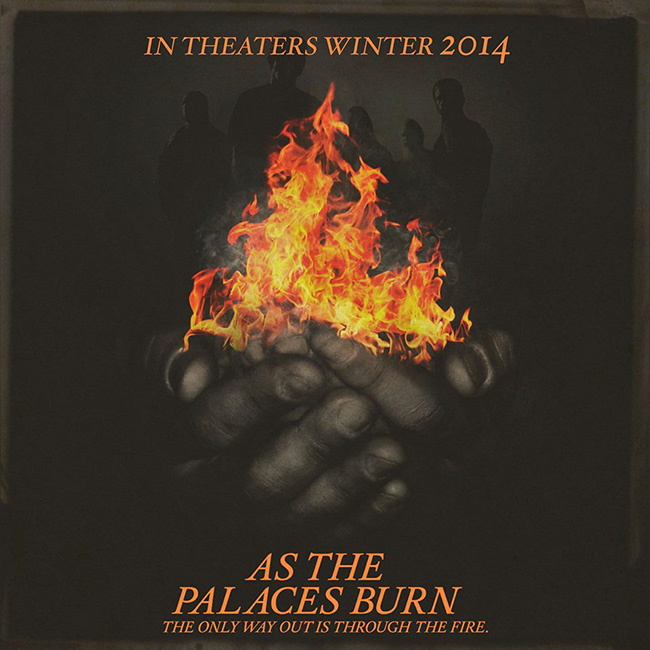 At one point during the compelling documentary, “As The Palace Burns”, Lamb Of God’s vocalist, Randy Blythe reveals that the band’s original idea about making the film was to focus on the lives of the fans and the importance of heavy music for them. At the same time he laments that, because of the mind-boggling accusations he suddenly had to face in 2012 (he was arrested in Czech Republic and charged with the manslaughter of a concert-goer), cameras inevitably turned back into the band and most especially, into him.

This could easily summarize the plot for director’s Don Argott fifth feature film. However, as crucial as this sad but tense episode is, such legal odyssey only starts to unravel 30 minutes into the movie. Before that, “As The Palace Burns” focuses on the lives of Lamb Of God’s members from a very humane and stripped down perspective. Most importantly, it explores from a quasy-anthropological point of view, the lives of those Metal fans who find redemption through music while living in feral environments and conservative third world countries.

As Argott previously did in the equally excellent, “Last Days Here” (about the tumultuous life of Pentagram’s singer, Bobby Liebling) he provides the film’s participants with an honest voice and a deep sense of humanity that contrasts with the many complexities of their surroundings. You can see a Colombian fan struggling to not become a victim of his violent reality or an Indian female metalhead staying true to her identity despite cultural adversities. They all feel genuine to viewers.

For better or worse, once it starts, Blythe’s trial becomes the true focus of the documentary. Without a doubt, its development rises many questions:  Did Randy or one of the security guards actually entered in contact the victim, Daniel Nosek? Did he really die from injuries (self-inflicted or not) provoked by stage-diving? Was he a casualty of his own negligence? Why Czech authorities remained in silence for two long years? Did the US government know about it and never warned the band? What really happened? “As The Palace Burns” tries to answer all these but the reality is that there are too many questions and too many angles to this story. It’s somewhat difficult not to keep feeling intrigued by the end of the movie, even if filmmakers do their best to provide a satisfactory-yet-bittersweet conclusion.

Ultimately, Lamb Of God became a stronger entity thanks to this meandering episode. Please, notice we’re not saying “a stronger musical entity” but a human one. Here’s a collective that more than a Metal band, has become a true family, once and for all.