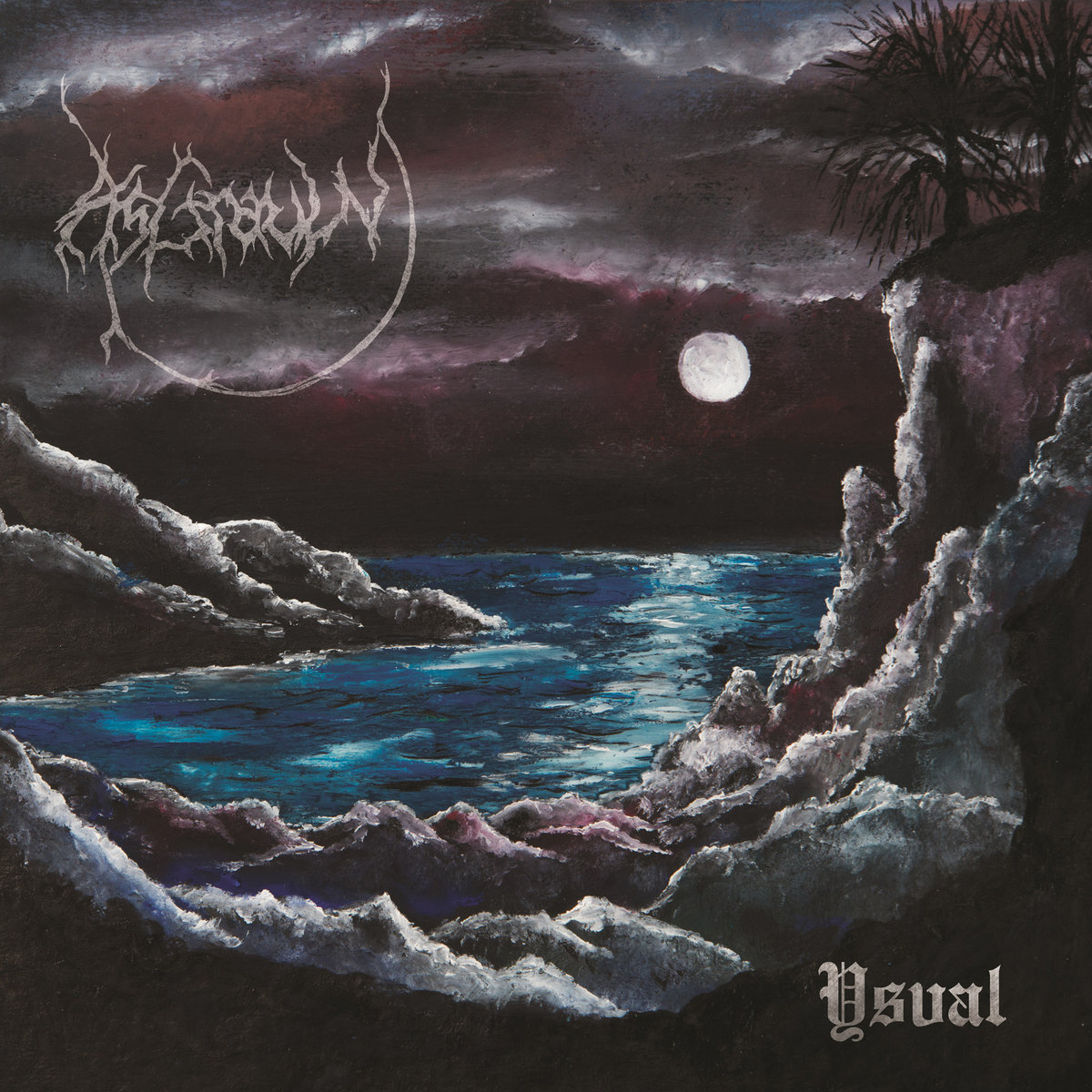 Asgrauw was formed in 2010 amid the dark forests of Groesbeek, The Netherlands. Since 2012 the band has found a solid and strong line-up in the form of Vaal (guitar/vocals), Kaos (bass/vocals) and Batr (drums). Since, Asgrauw has been spitting out a full-length every two years, gaining appreciation in the metal community. The band is influenced by the dark melodies of 2nd wave Scandinavian black metal, to which they have given their own recognizable twist. Asgrauw is known for their DIY approach. The music is recorded and mixed in-house by the band members. The year 2020 was dominated by their new and successful album ‘IJsval’, that was released on the label Death Cvlt Productions.

‘Asgrauw’ is a colour, or rather the lack of it. It is the grey hue of ash. It is also the name for a certain moon phase. Why we chose this name speaks for itself. Asgrauw plays black metal and we often refer to the mystique of nature.

‘IJsval’ is the Dutch translation of ‘Falling Ice’. The album is about the sad state of the earth, in relation to the people who live on it. Human actions, especially since the industrial revolution, have major consequences for the earth and the climate. Melting glaciers, forest fires, the environment of animals that disappear, viruses that break out etcetera. The ending of this story is inevitable. We run fast towards the abyss. We started writing on the album and lyrics in early 2018. It is sad how many of the situations described by us have since become reality.

When Asgrauw started in 2010, the demo era, it was a raw, fast black metal band. On the debut ‘Schijngestalten’ you can catch a glimpse of the 2nd  wave Scandinavian atmosphere. From the successor ‘Krater’ this 2nd wave style became more prominent in the sound of Asgrauw. We adore mid-nineties melodic Scandinavian black metal with that typical dark and cold mood. That typical atmospheric sound that makes your mind wander through mysterious forests. Early Dimmu Borgir, Emperor, Ancient, Ulver, Dodheimsgard etcetera. A style that we like to integrate into black metal is hardcore punk. This adds the necessary amount of aggression and fits well with the dirty throat of our bass player Kaos. The new album ‘IJsval’ is not very different in style from the previous two albums, although we may have slowed down a bit. We felt that fit the theme. On the tracks we are currently writing, the aggression is back again.

We didn’t choose black metal, black metal chose us. That sounds cliché, but that’s just how it went. Our guitarist Vaal wanted to start a black metal band and on his path, he found bass player Kaos and drummer Batr. If he had looked for musicians for Deutsche Schlagers or something, the band would have looked very different. This is just the music we like. Vaal is into traditional, fast black metal. Kaos comes from hardcore punk and started to appreciate black metal, especially the straight-forward style. Batr was already active in black metal in the 90s, and especially likes the Norwegian, atmospheric variant as well as avant-garde style. Black Metal is a form of expression for us. It also means freedom. We do what we think we should do.

We have no fixed themes within Asgrauw, but lyrics should be about topics that affect us. Confronting topics that lie dormant inside us, but that nobody wants to think about. The album ‘Krater’ is about the serious threat of a Yellowstone eruption with apocalyptic consequences. ‘IJsval’ is about the decline of the earth as a result of human intervention. ‘Gronspech’ is a side step. This album is about historical folktales in and around the village of Groesbeek where Asgrauw comes from.

Aesthetics are very important to us. It completes an album and makes it worth buying a physical copy rather than a digital download. In terms of cover art, we refer – just like with the music – back to the Golden Era of black metal. In the nineties, we bought CDs only based on the cover. With art from, for example, Kris Verwimp or Necrolord, we thought we could buy a CD without having heard the music. Good times! In our circle of friends, we have oil-paint artist Jeroen Putman. He paints in a similar style like the covers from the Ulver trilogy. Three albums that have a big influence on Asgrauw. Jeroen’s paintings are painted with a lot of texture. Such handiwork has character, we appreciate that. The use of a lot of colours is rarely seen in black metal these days. But in the nineties colour as usual. Asgrauw takes the listener back to the nineties. It’s nostalgia. Jeroen’s artwork fits well with that.

Metal music, especially black metal, is supposed to be dark and hit you where mainstream music can’t reach. There is little room for humour and cheerfulness in metal. Metal is therefore a Dark Art. But perhaps you refer to rituals, black magic and that sort of thing. This played a big part in nineties Black Metal and that atmosphere made that music very powerful. But somehow, the blanket of mystery, unfortunately, seems to have disappeared from the face of the earth in these modern times.