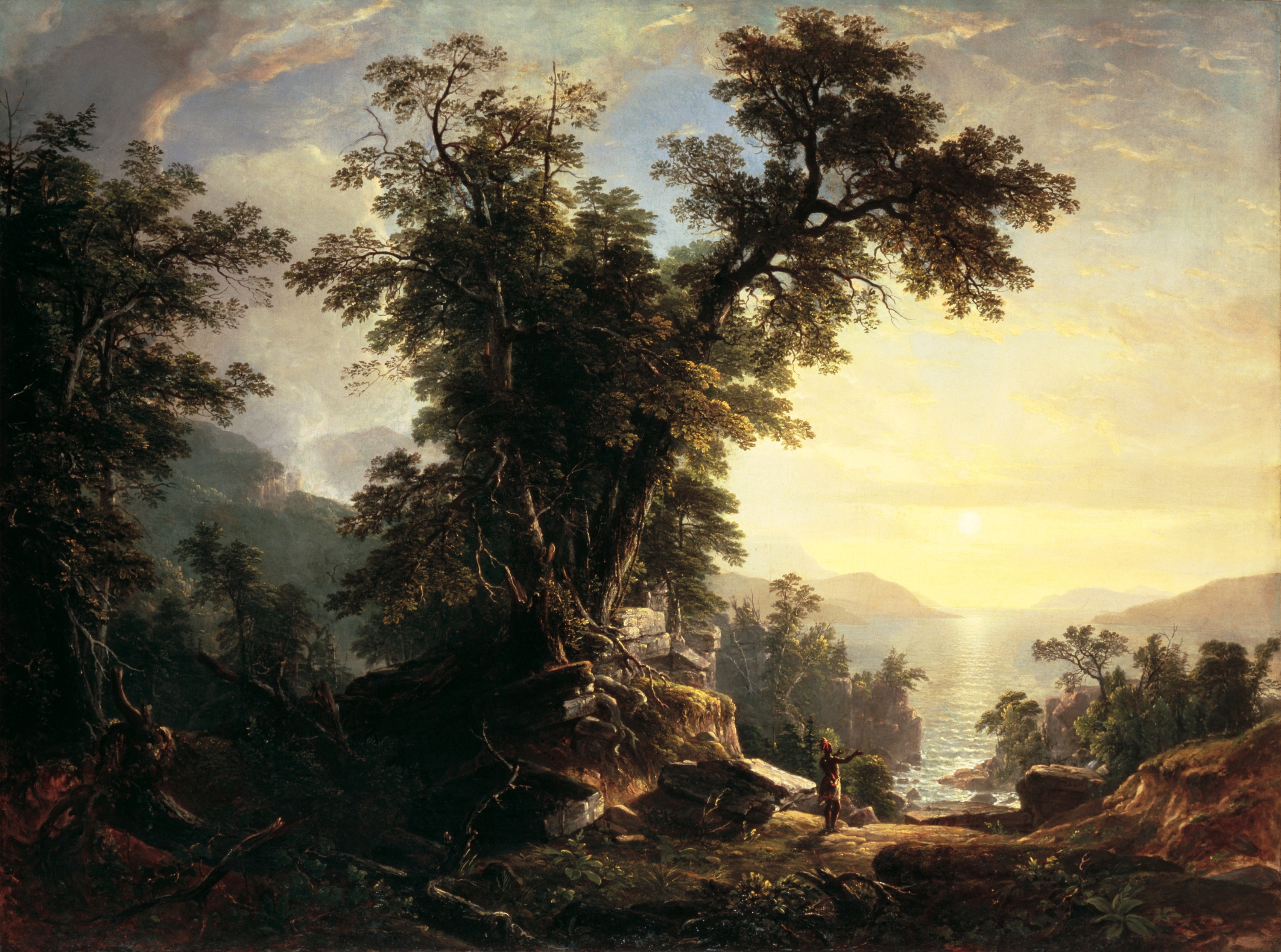 Asher Brown Durand was born in Jefferson Village (now Maplewood), New Jersey, the eighth of eleven children. His frail health exempted him from working on the family farm; instead, he helped his father, a watchmaker and silversmith. Following an apprenticeship to engraver Peter Maverick from 1812 to 1817, Durand entered into full partnership with Maverick and ran the New York branch of the Newark-based firm. The partnership dissolved in 1820 in a dispute concerning Durand’s acceptance of John Trumbull’s commission to engrave The Declaration of Independence, which Durand had apparently taken on without deferring to Maverick’s position as senior partner. (Maverick, who interpreted the act as a violation of their partnership agreement, heatedly accused Durand of trying to sabotage his career.) The completion of the work in 1823 established Durand’s reputation as one of the country’s finest engravers. An active member of the New York art community, Durand was instrumental in organizing the New-York Drawing Association in 1825 (later the National Academy of Design, which he served as president from 1845 to 1861) and the Sketch Club in 1829 (later the Century Association). During the late 1820s and early 1830s, when his interest gradually shifted from engraving to oil painting, he demonstrated a growing competence in portraiture and genre subjects. With the encouragement of his friend and patron Luman Reed, Durand ended his engraving career in 1835.

“In 1837, a sketching expedition to Schroon Lake, in the Adirondacks, with his close friend Thomas Cole seems to have determined Durand’s decision to concentrate on landscape painting. In 1840, with money advanced by Jonathan Sturges, Reed’s son-in-law and business partner, Durand embarked on a two-year European Grand Tour, part of which was spent in the company of the artists John Casilear, John Kensett, and Thomas Rossiter. Durand’s annual summer sketching trips in the Catskill, Adirondack, and White mountains yielded hundreds of drawings and oil sketches that he later incorporated into finished academy pieces. These are the embodiment of his Hudson River School style. With the death of Cole, in 1848, Durand was recognized as the leader of American landscape painting. He died on the family property in Maplewood, to which he had retired from active professional life in 1869.”

From: American Paradise: The World of the Hudson River School