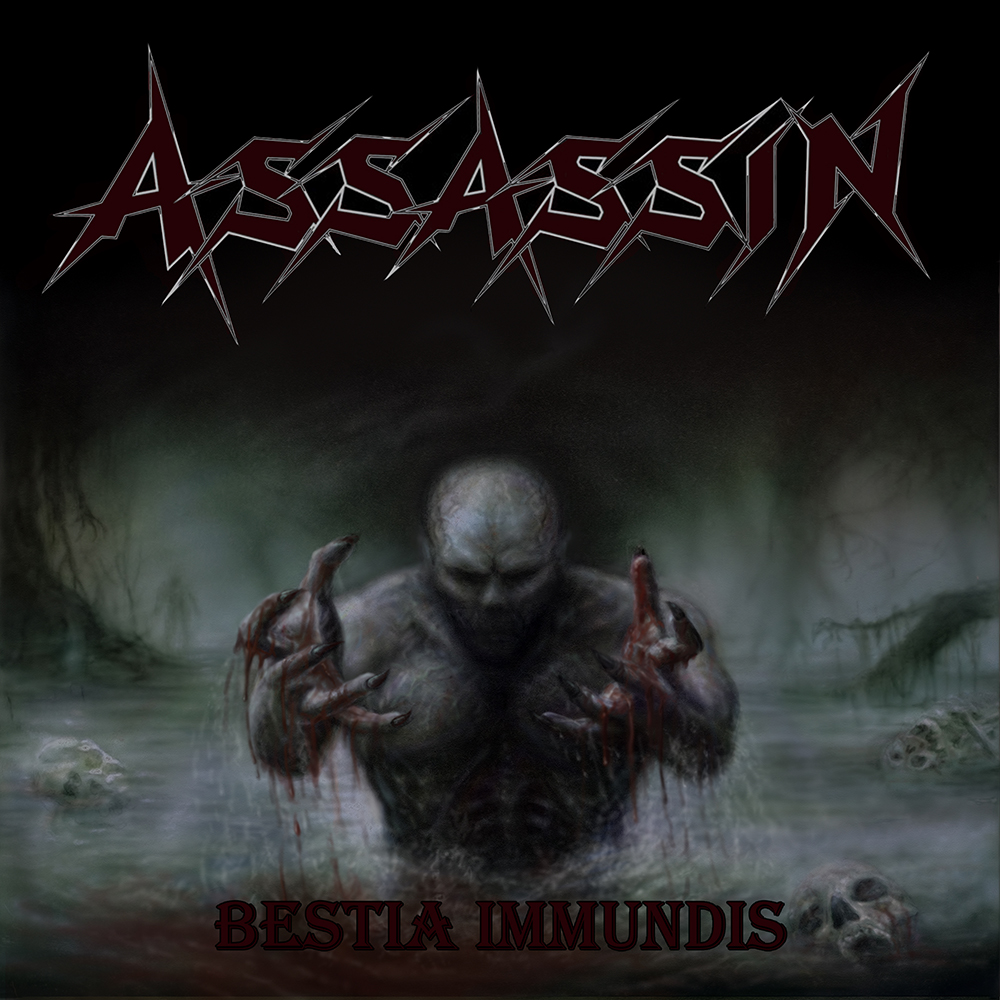 In 1973 I bought my first single, Alice Cooper ‘No more Mr Nice Guy’ and in 1976, my first LP, Kiss ‘Destroyer’. For me, the beginning of the 80s was the best time of real Heavy Metal. It was the time when NWOBHM was born, and the best albums of Metal were made. And also of Thrash Metal. I also like a lot of Punk bands from the end of the 70s. The most exciting time was to see one of the first heavy metal bands, Iron Maiden, playing as an opener for KISS in 1980. After that, everything was going fast: all of the other categories came out, but the most exciting thing at the beginning of heavy metal was that event for me as a teenager. After this, many bands grew up, and albums were made, which formed new categories of Metal and paved the way to Thrash Metal. Venom made their first two and best albums. Iron Maiden made their three best albums in the beginning. Metallica made their best album ‘Ride the Lightning’, to show everyone what was possible in speed and thrash-metal. Exciter ‘Heavy Metal Manic’. Motorhead ‘Overkill’, ‘Ace of Spades’, ‘No sleep til Hammersmith’. When I grew up, I heard a lot of good rock, hard rock music, the beginning of Heavy Metal, and wanted to do the same. So, as a result, my first hard rock band was a band with a name a little bit ridiculous: Headsplitters.

On ‘Bestia Immundis’ the compositions and guitar-work of all songs were done by our bassist Joachim Kremer (4 Songs) and me (7 Songs) and produced by our drummer Björn “Burn” Sondermann. Björn “Burn” is a great drummer. And also a good producer.  He and I changed many parts and made new arrangements on some songs that were good at first but not the best as they could be. Without his work as a musician and as a producer, this album would not be the same as it is now finally! As you know, Frank returned to Sodom at the beginning of 2018. As the music business works, he did the songwriting for new Sodom songs. We are glad that he still stays at Assassin because he is a nice guy, we have a lot of fun, and he is an excellent guitarist.  But all he did for the last album was to complete some songs with his great guitar solos.

Metal is a special music style, scene and at the end a special community with a very good feeling and that´s what I like. But metal sounds were distributed in a lot of other music styles since the middle of the 80s til yet.