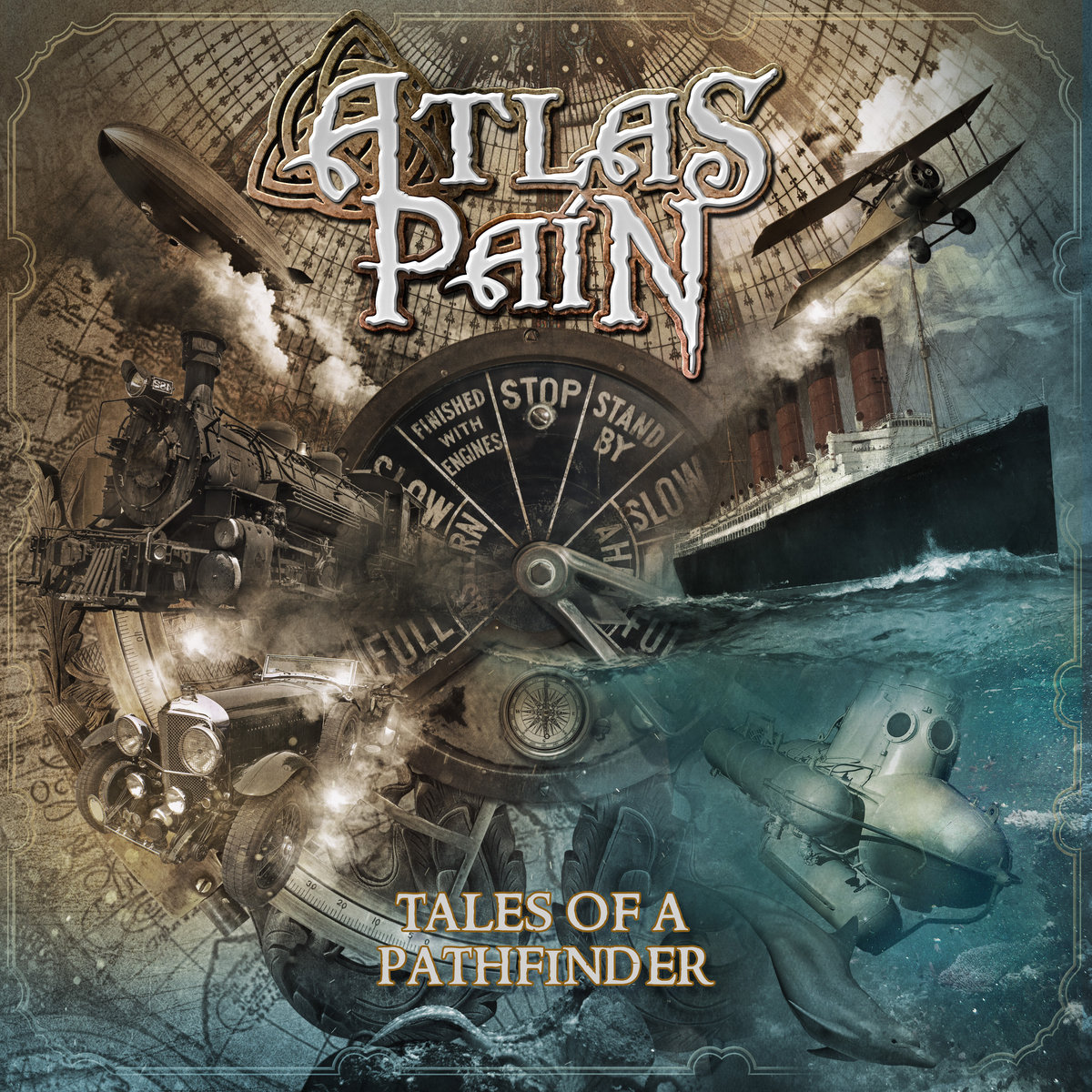 Tales Of A Pathfinder by Samuele Faulisi

Active from 2013, Atlas Pain is an epic-pagan metal band from Italy, forged by the speed of metal and the melancholy of cinematic movie scores. After the first album ‘What The Oak Left’, incredibly well-acclaimed by both critic and audience, the band released the new ‘Tales Of A Pathfinder’ via Scarlet Records on April 2019, ready to conquer the heart of the people around the world.

‘Tales Of A Pathfinder’ is our second album, released the last April via Scarlet Records. It’s the result of an effort lasted two years, after our first record ‘What The Oak Left’. We spent the past months focusing on how we could improve our music, image and everything around the band, just to confirm, and maybe overcome, what our fans tasted with our first album. It came out with a concept opera, built up around a single tale with a full steampunk attitude. By now the acceptance has been amazing, we surely couldn’t ask for more.

As it has been for our first record ‘What The Oak Left’, we kept in contact with Jan Yrlund aka Darkgrove as we’ve always been fully satisfied by his great works. He’s such a kind man, always open to working with the band’s idea and concept. The cover shows a full set of old vehicles, setting around the late XIX Century, as the whole story tells about a limitless journey through the known world. The realization has been fast and without problems, as Jan always understands immediately the idea and works around it in a perfect way. Just a few messages, a couple of corrections on various details and that’s it: the right cover and first page of our story!

The priority is always to write something that comes from the heart. I know it would seem a trivial and corny sentence but that’s the truth, if what we wrote sounds too strained or simply does not fit well with the rest of the music we stop and restart from the beginning. Once we find the good melody or rhythm we just evolve it taking into account many other aspects as might be the live performance, the contextualization inside the whole album or how we can make the most of it in terms of catchiness. Sometimes it is a process that could last a few days, or sometimes it could last for months, waiting for the end. You never know!

The whole album is a unique story about a journey, talking about the late XIX Century setting. It’s a kind of reinterpretation of what you can read into Around the World in 80 Days of J.Verne. You can think about it as a training novel, telling of an expedition towards different countries around the world, trying to explain to the audience and crowd the beauty of such an enormous cultural difference of those regions. We chose that historical period as it was completely saturated of industrial progress and evolution, where the beauty of nature took a secondary role. We tried to open the eyes of those who were oppressed by that sense of industrialization, with legends and traditional tales.

Metal was born as rebellion and I think that this meaning has been lost decade after decade. It is not necessarily a bad thing, it’s just a matter of evolution, as it has been for punk or even rock’n’roll during the 50s. Metal is taking day by day a bigger crowd and audience, evolving in thousands of sub-genres that indicates this enormous diversity. You can go for violent ones (and it could answer partially your question) or for an easier and cheesy one. The good aspect of metal is this one, music for everyone tastes.

I don’t think of metal in this sense, not now at least. It’s a genre defined by some specific elements included in the music itself, technically speaking. But by now metal could space from fantasy themes, political ones as talked before and religious or spiritual ones without losing the word ‘metal’ on its classification. Metal is one of the most opened genres of all, it depends only on the band that works on it. No boundaries at all.