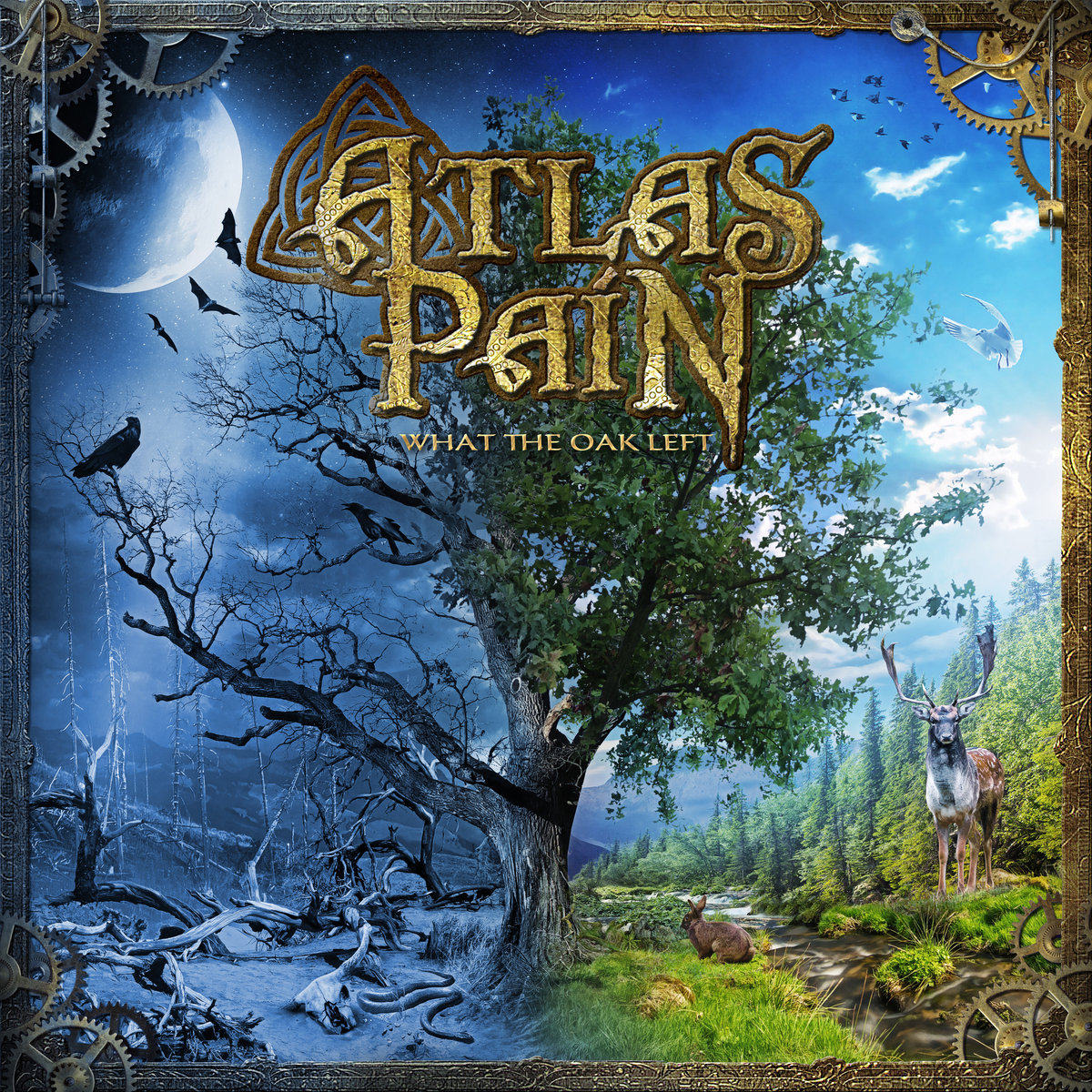 What the Oak Left By Samuele Faulisi

Hi everyone and thank you so much for space first of all! We’ve just closed the production process of our debut album ‘What The Oak Left’ that will be released via Scarlet Records on March 10th. It’s something that we worked on for months and months, even before the release of our first EP ‘Behind The Front Page’. We wanted to take our time to prepare everything as we really aimed so when we first started the composting process at the beginning of 2016 we focused on every joint between the “metal” part and the symphonic one. We’ve always wanted to find a perfect melting point between metal music and cinematic score music and sometimes it’s not so easy as it seems. So we spent basically the past ten months finding not only the perfect structure for our songs but also those specific arrangements that could allow us to reach this target. And we’re so excited of the result!

This has been our very first and real studio experience and we gained so many satisfactions working during these past months. But not everything ran smooth and we had to face different problems concerning the production. Basically, we started working on ideas and scores, arranging them in our rehearsal room and finding the best way to play these songs, but when it came to recording them we had to face with compromises and differences with our first ideas. So we chose the Media Factory studios here in Italy and we relied on Fabrizio Romani (Skylark) as producer. We spent hours and hours looking for the right tones and arrangements and the result of the mix was simply stunning. And ending with Mika Jussila from Finnvox – Finland (Nightwish, Children Of Bodom) for the final mastering process has been the cherry on top. Now that we can listen to our work and think about the several days we worked on we’re just so excited and proud of what we’ve produced. Hope to hear an opinion from you all!

We’ve always wanted to work with a professional and after a long period thinking about the right man to work with we decided to contact Jan from Darkgrove (Korpiklaani, Manowar). The idea was to represent the concept of modern and ancient, musically speaking, that meet together and mix each other, cooperating to create something new. This concept was so easy to tell as difficult to recreate. But Jan did a wonderful job translating this idea into an old oak that contrast the ancient with the new, the day with the night, life and death. We’re so glad to be able to collaborate with such a great artist.

It was so simple to cooperate with Jan for the artwork. We just talked about our music and our lyrics to let him understand the real image of “What The Oak Left” and after a few drafts, the cover was done! Great guy, experienced and so kind with us. It’s always nice to meet people that are not only skilled in what they do but also opened in creating a good working situation, so you can talk with them and analyze every production step in its defects or qualities. And with Jan everything ran so simply that we’re so honoured to have him in the album credits.

We started the band with certain themes in lyrics and music and, as the fans could see on our debut EP “Behind The Front Page”, we focused a lot on mythological tales or stories. And we’re doing so right now, but with “What The Oak Left” we also wanted to take every aspect of our work on another level. We wrote not only simple tales but we’ve tried to tell about human nature and condition. As an example, in the upcoming record the song “From The Lighthouse” could be read as a pessimist and negative description of our fate, but that’s not completely true, just because we tried to let the listener interpret what we say. There’s in not only just one meaning but more and more, depending on what the words we used to matter for you. It was like an experiment and it gave us new horizons to explore, as you can see in almost all the tracks of “What The Oak Left”.

This is a really good question, by the way! It’s not so easy to answer, just because every one of us has his own way to be creative. For us, it’s not a matter of creating something completely new. Obviously, the research of fresh sounds is always on our minds, but this is not the point. We want to excite the people, we want to make them feel the same sensations that we experience when, as music listeners, immerse ourselves in our preferred songs. And that’s the real task, create something that can give you goosebumps as we do, so we try and put everything in our songs that can help us to reach this target. It’s about melodies, rhythm, musical combinations that make you discover another way to move your heart. When it comes to music there’s no rule for us, nothing is more important than other things. If something can make you travel with your imagination, so we’ve achieved the aim.