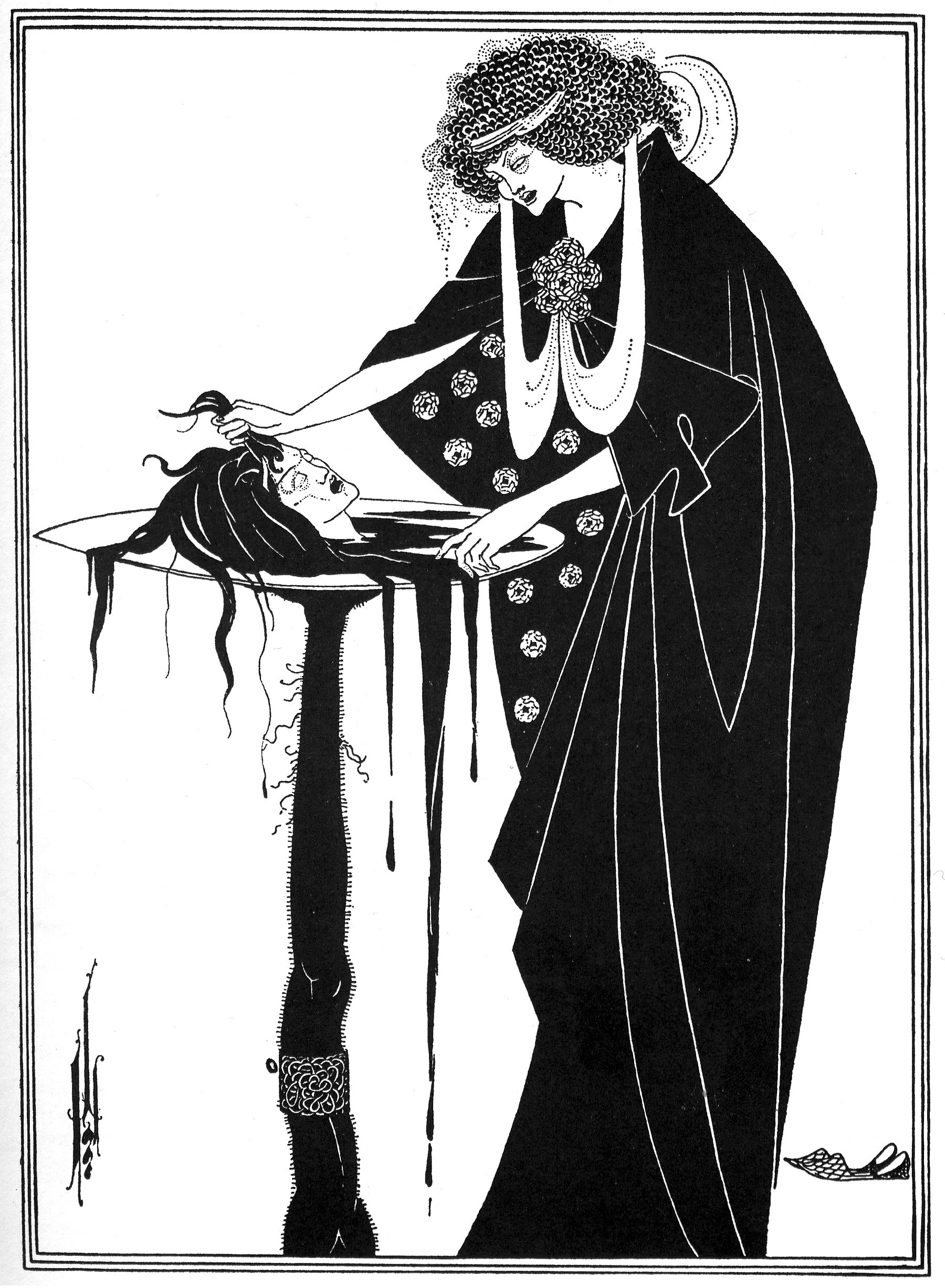 One of the most famous figures of the 1890s, Beardsley was born at Brighton and attended the local Grammar School, where he already showed signs of precocity. On leaving, he took a job as a clerk with the Guardian Life Insurance Co. in London, meanwhile attending classes at the Westminster School of Art under Frederick Brown. He also received encouragement from Burne-Jones, experienced a variety of influences from the engravings of Mantegna to Whistler’s Peacock Room, and in 1892 (like Ricketts and Shannon) visited Puvis de Chavannes.

The same year he was introduced by the bookseller Frederick Evans to an ambitious young publisher, J.M. Dent, who commissioned him to illustrate Malory’s Morte d’Arthur, thus enabling him to give up his job in insurance. In 1893 his work was discussed by Joseph Pennell in the first number of the Studio, and in 1894 he illustrated Oscar Wilde’s Salome and became editor of John Lane’s new journal, The Yellow Book. These projects made his name, his sophisticated, witty and disturbing drawings seeming to capture the essence of the age. After the Wilde trial, however, he was dismissed from the staff of The Yellow Book, an event which aggravated his tubercular condition, diagnosed as early as 1879, and ensured that the last three years of his life were a frantic race against time. In 1896 he was a regular contributor to a new magazine, The Savoy, edited by Arthur Symons and published by Leonard Smithers, who also commissioned his last important set of drawings, for Pope’s Rape of the Lock, Aristophane’s Lysistrata, the 6th Satire of Juvenal, Gautier’s Mademoiselle de Maupin and Ben Johnson’s Volpone. Much of this period was spent abroad, in Dieppe, Paris and Brussels; he died at Menton on 16th March 1898, still only twenty-five.

From: John Christian, ‘The Last Romantics: The Romantic Tradition in British Art: Burne-Jones to Stanley Spencer’.