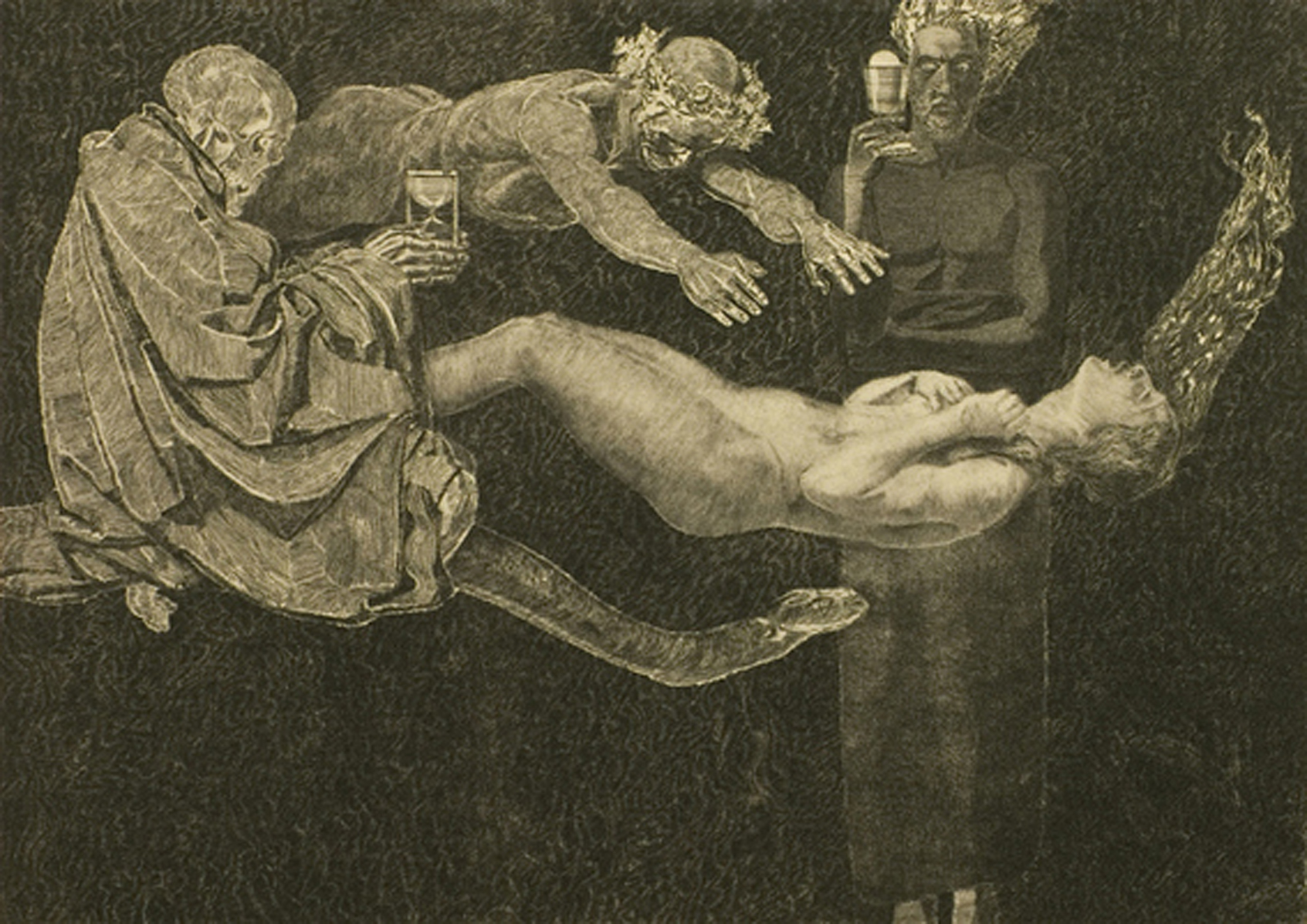 August Brömse, who was born in Frantiskovy Làzne and attended the Akademischen Hochschule fur bildende Kunste in Berlin, was one of many Czech artists influenced by contemporary German art and culture, especially by the graphic work of Max Klinger. According to Otto M. Urban.

The series The Girl and-Death, which originated in Berlin in 1901-1902, echoes the relationship of August Bromse with the concert singer Eisa Schünemann (they had known each other since 1902 but did not marry until 1910 when he was already living in Prague and heading the print studio at the Prague Academy), as does the later Nietzsche series “The Whole Being is Burning Sorrow” (1903, awarded a prize 1905 at the Paris exhibition). “The Girl and Death” is a modern variant of the Dance of Death.